Several photographers from the Shutterbugs group captured the last memories of Bukit Brown, a historic landmark for the dead in Singapore, before it make way for urbanisation. Catch the exhibition from now till 7th October at Arts House. – Karen Mitchell reports

Co-presented by Chiaroscuro Images and The Arts House, Bukit Brown: Spaces For The Living is a photo exhibition that showcases the splendour of one Singapore’s oldest and historically rich treasures, as it aims to foster an appreciation of the legacy of Bukit Brown.

Featuring works by the collective the Shutterbugs, the exhibition is the first of its kind in Singapore to spotlight Bukit Brown. It pays homage to this historical landmark by highlighting the intertwining three themes of nature, heritage and spiritualism that reside at the core of Bukit Brown through the visual medium of photography.

The exhibition was a result of 6 months’ worth of work. Shawn Byron Danker said, “I put this whole thing together because I felt it was important to educate, to engage, and most importantely to create memories for people who haven’t been there, who need to learn about this place and its value for Singapore and the fabric of its soul”

The Shutterbugs is a collective made up of seven photographers – Shawn Danker, James Wong, Weiteck Chee, Simin Wang, Wayne Ho, Zann Huang and Siraj Hanifa – who come from diverse backgrounds. They have banded together as a community, united by their love of the photography art form.

There are a total of 40 photographs on display, featuring interesting subject matters that you may not expect to see or find in a cemetery. Through the eyes of these seven photographers, I discovered some beauty in life and death, the history of Bukit Brown, the ritual and habits of the people’s faith and belief. The planning, preparation, photographing and editing took the team six months to execute this project. At the Opening, I was able to speak to some of the photographers and even though they may have only a few photographs on display, they have actually taken tons! I was given the opportunity to go through the albums on the ipad of James Wong. For the photograph titled “Sanctuary”, which featured an altar of the Tu Di Gong (Earth God), James has taken many versions of different perspective and angles.

For James Wong, in order to take the photographs, he has to visit Bukit Brown several times. Some guided tours were arranged for the participating photographers as it was the first time for all of them. Subsequently, James ventured on his own for more than 10 times. He admitted that he lost his ways during a few trips and it was pretty scary. However, he encourages me to make a trip there to take a look myself, to experience the beauty and wonders, before it is all lost and can only be found on photographs. 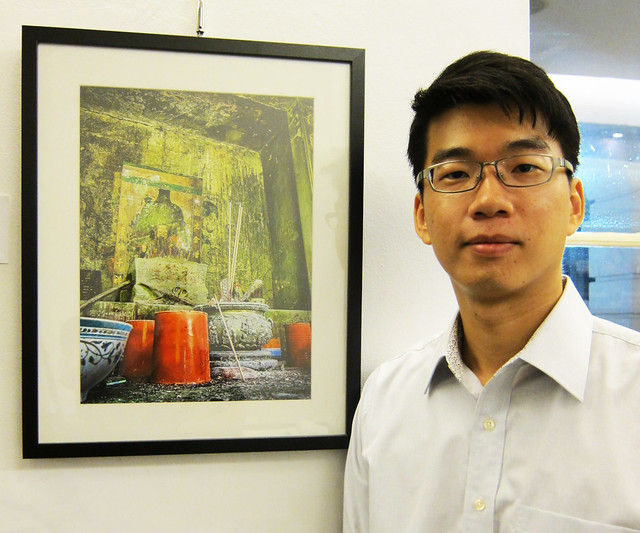 Some of the photographers have chosen to be there for their shoot at specific hours. Chee Wei Teck was one of those who had made daring attempts to visit the place on the first day of the 7th Month, so as to capture the ritual that is of a dying trade. Chee met a group of people who are there annually to perform the necessary rituals and he had to ask permission for the shoots. These are rare and a scene that will not be found anymore after Bukit Brown is gone. 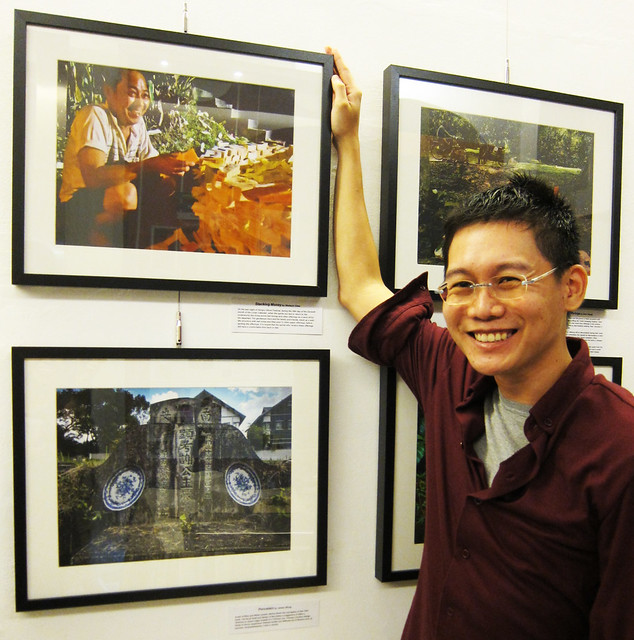 Photojournalist Zann Huang has spent a considerable amount of time in the Middle East, documenting foreign cultural issues. When she learnt that plans for development at the Bukit Brown Cemetery (BBC) was imminent, she made her way there for the first time and it felt akin to stepping into a different era altogether. It was then she chance upon a surreal occurrence – a mixed-Caucasian family being the descendent of Ho Siak Kuan, were there for a family portrait shoot. The little girl playing by the graves, in her colourful rainbow dress, did not notice Zann’s shutters going. She was in her own world, dancing, flying, just like a little fairy. (Emma, the ‘fairy’ in Zann’s photograph was at the Opening night). 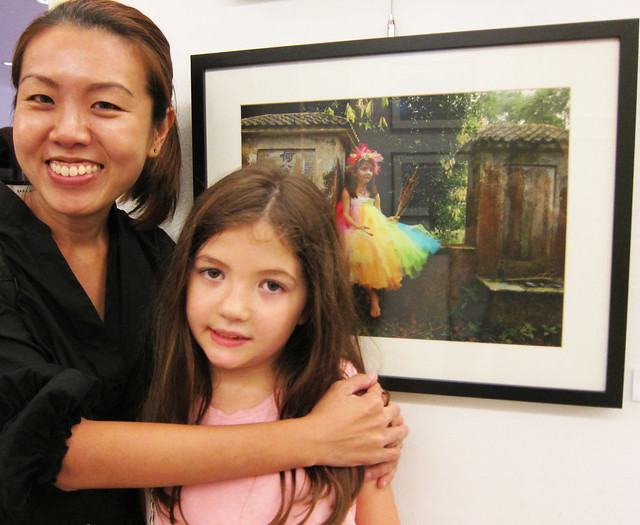 Before this exhibition, I thought Bukit Brown is just a cemetery. I am so wrong.

It is alive, living, and holding many stories for each and every one of us. As Raymond Goh shared with the audience, “it is a living museum”.

More information about Bukit Brown: Spaces for the Living can be found at http://www.facebook.com/events/224239554369746 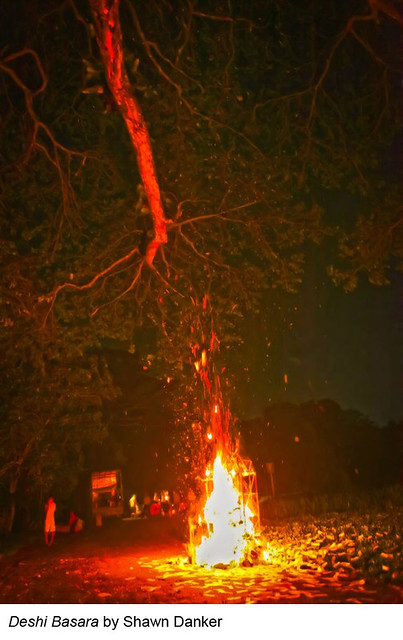 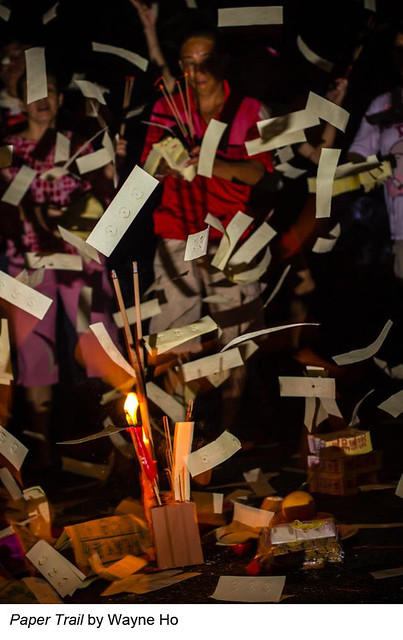 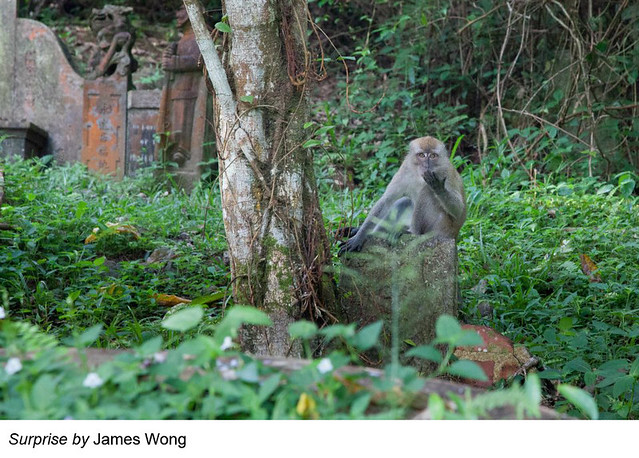 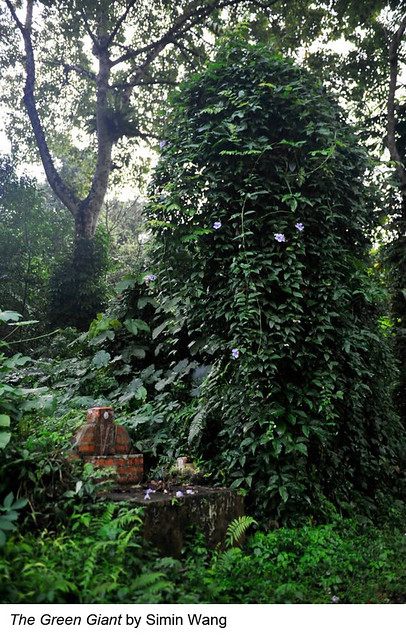 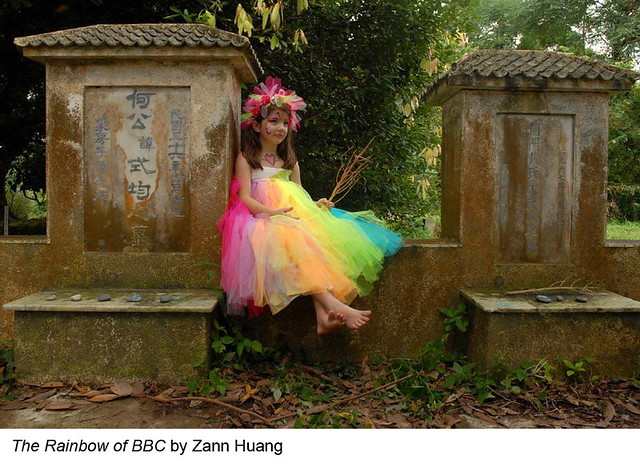 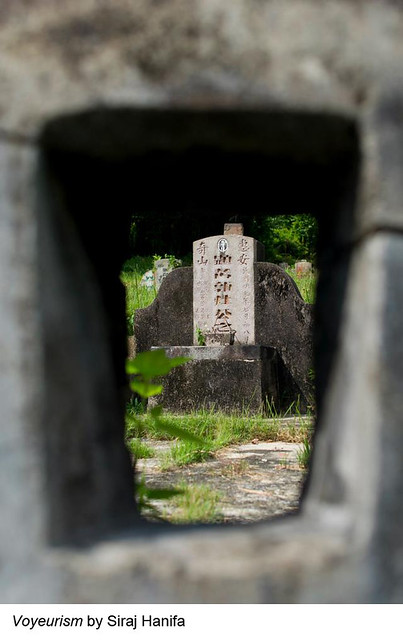 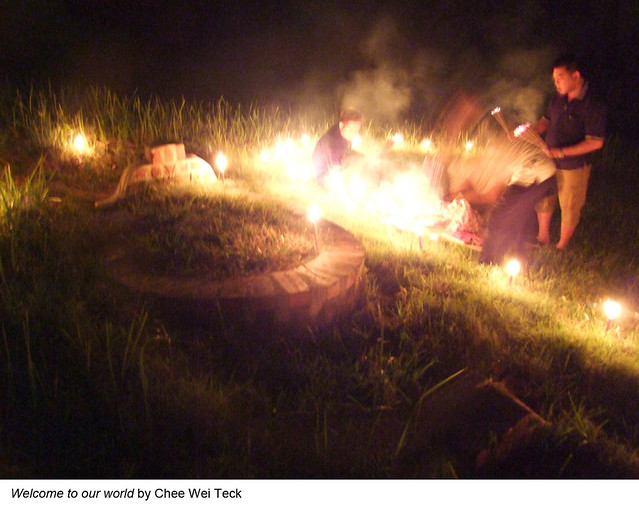 Images of Bukit Brown exhibition’s photographs (not framed) are provided by the organiser.