Ms April Ng Kiow Ngor, Singapore’s most esthablished print-making artist, spoke to Chee Wei teck on how she drew inspiration from the simple and seemingly mundane, and transforms them into abstract and imaginative landscapes by exploring the relationship between the dot, line and plane. 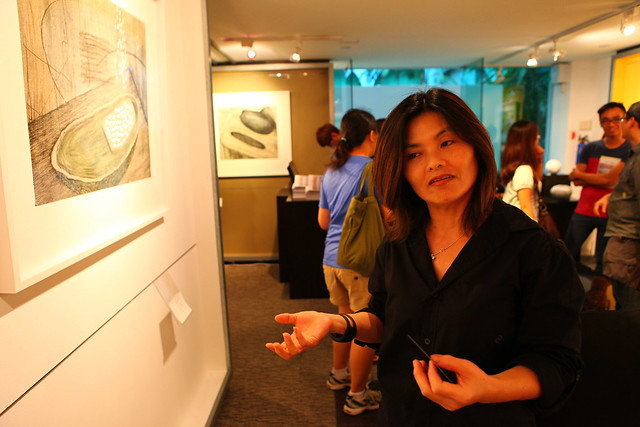 /
The artist, Ms April Ng Kiow Ngor , explaining about the concepts behind her works

Drawing inspiration from the simple and seemingly mundane, well-known print-maker, Ms April Ng Kiow Ngor, transforms objects from Nature into abstract and imaginative landscapes by exploring the relationship between the dot, line and plane. Skillfully conveying a sense of calm and meditative silence.

I was very fortunate that Ms Ng was able to spend sometime to share with me about her work during the opening reception at Art-2 Gallery. 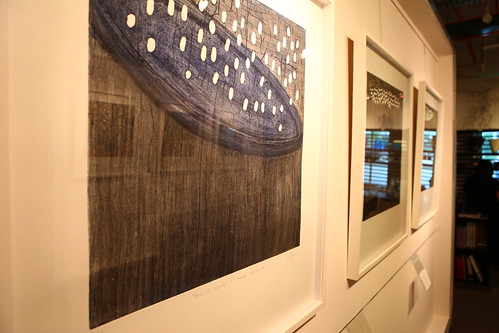 Weiteck: Ms Ng, Can you elaborate further on the ‘all things’ in reference to your works. What things have you in mind? Perhaps you can name them?

Ms Ng: The Universe is often defined as all things or everything that exists around us. It may be referred to as the natural world and natural phenomena, including people, plants and all other forms of living things.

Weiteck: From your works on display, I can see that you try to express a lot of things via basic forms. How does the simplicity works for you? Or inspires you? Could you elaborate on the ‘elements of art’ ….. what elements are you talking about that is present in your artwork?

Ms Ng: I have always liked the works of Chinese-painting artist, Wu Guan Zhong. He developed a series of works that integrated “richness and luxuriance” with “simplicity and innocence” in the 1970s. For one thing, he tended to be increasingly simple in shape-formation and image treatment in a bid to refine infinite “simplicity” and “innocence” in each image. Mr Wu hunted for the most succinct and purest approach to expression in each “dot”, “line” and “plane”

Giving expressions to my approach towards the basic visual elements, I draw inspiration from the simple and seemingly mundane, transforming objects in nature into abstract and imagined landscapes of lively rhythms and exquisite harmonies, exploring the relationships between dots, lines, form, colour, and space. Which evince a kind of mellowness and rhythm rich in melody–the rhythm consists of the contour line of the facet and ends up in a visually coherent line in my works. I try to convey a sense of calm and meditative silence, a welcome oasis of calm and quietude so often missing from the vagaries of our fast-paced, urban life. 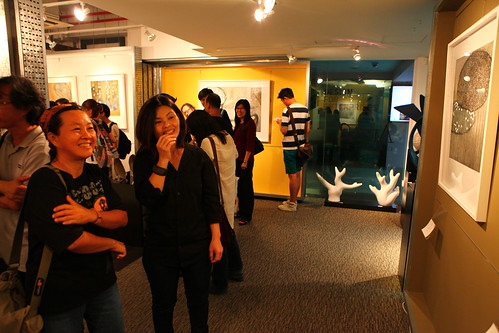 Weiteck: From the dot, line and plane, how does it bring you to the level of creating your artworks?

Ms Ng: This includes the planar treatment of colors, abstract structure of point, line and plane, simplification of the relationship between concrete objects and the combination of chromatic heaviness and rich texture of the printmaking process.

Weiteck: Does it tell a story in your mind with these connections?

Ms Ng: I attach importance to the natural flow of emotions in my works and always hunt for corresponding approaches to intensify the overall contagious sense of calm and meditative silence. My generalization, simplification and refinement of landscape is made synchronically with my exploration of dot, line and plane. 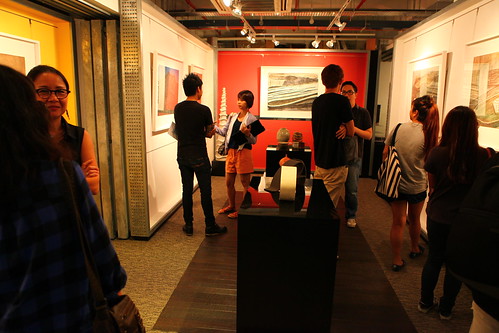 Weiteck: What do you see in nature? What is your relationship with nature?

Ms Ng: Nature, for me, not only refers to the physical world, e.g. trees, plants, animals, mountains, rivers, weather of which all these things are composed. I also believe that everything in this universe is in the form of energy and nature is the sole distributor of these energies. Energy is nature and we also are a part of nature. Nature is like a cylinder and we are just a speck of space in this cylinder

I am fascinated by all type of plants and planting them inside and outside my house. I always get outside to be active in natural surroundings. Procuring more energy from being active in that kind of environment allows me to decompress, clear my mind and alleviate stress and anxiety.

Weiteck: So how long have you been in this state of mind before you started creating your artworks?

Ms Ng: The most profound thing I can say is that the time I started working on my ‘Dots’ series, was when I was still living in Seletar Camp. I got the inspiration from the tadpoles I observed. One morning I saw uncountable number of tadpole eggs in the pond, and I found life in the eggs, that started me thinking about a new series of ideas. I employed woodcutting and monotype printing techniques to create dots, lines and shapes that represent the simplicity of my instincts and feelings. 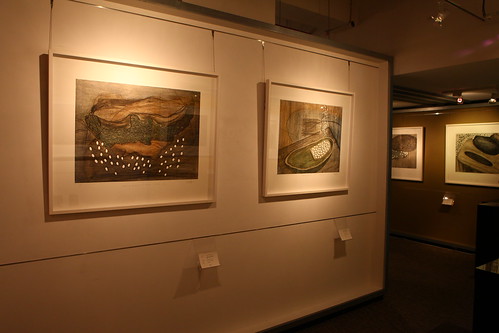 Weiteck: Has this always been your style or did you move further to a different level comparing with your earlier works.

Ms Ng: This is a further improved version of my previous works, definitely of a different level. For my previous works, I rely on my instincts and feelings with the dots and colours, and it does not always express what my intention was at the beginning. Only colours and feelings would changed dramatically when I added on layers one after another. For me, that time was a charming journey of exploration within my printing. It was also my main reason of commission and having no boundaries and restraints allowed my works to change with the passage of time.

I had furthered it to a different level at the beginning of this year when I attended a performance during the Chinese Festival of Arts – Water Stains On The Wall. performed by Cloud Gate Dance Theatre of Taiwan. Created by internationally-renowned choreographer Lin Hwai-min. Water Stains On The Wall is performed on an expanse of white stage on which images of drifting clouds in different shades of back are projected. With movements reminiscent of free-flowing ink, the ever-morphing clouds create exquisite spaces that are constantly shifting, bringing Chinese landscape ink painting to life on stage.

I was fascinated by the countless changes of the cloud images which were projected onto the stage.
From then on, I had a desire to change the nature of my works. Over time, I became fascinated with the idea of abstract forms. In my works, I reduce natural landscapes down to the essentials, thus creating very simple, very direct images. I reveal the beauty that is hidden within visible phenomena, making my works universally appealing.

Weiteck: Printmaking has always been your medium. Why is this so?

Ms Ng: I was a Major in Western Painting when I studied at Nanyang Academy of Fine Arts, and was elective in printmaking. I further studied my Master Degree in Art as Printmaking in the U.K.. Since then, I have always been using this medium through the process of my art-making. I have come to realize how rich and extraordinary this technique is. Printmaking is a complex and fascinating subject. Each method offers unique qualities and possibilities, quite unlike that of any drawn or painted mark. This art form adds an element of surprise to the proceedings, akin to that alchemy. And many of my works are made using a combination of techniques.

Ms Ng’s artworks are kept simple yet you will be able to sense the energy exuberating from its simplicity. Her masterful layering of chromatic and rich textures of printmaking process, captured movement and forms excellently. You would be able to see her works in public places, such as Woodleigh MRT Station. Ms April Ng is one of the artists selected by the Land Transport Authority (Singapore) for the North East Line MRT Art in Transit series.

More photos of the opening can be viewed here