Mark this Thursday – 7 March 2013 – on your calendar for the opening night of “Celebrating Women”, the inaugural charity art exhibition that highlights women’s issues, on the eve of the annual International Womens’ Day on 8 March. In association with AWARE, a charity that supports anti-violence against women, 12 female artists based in Singapore will showcase the multi-dimensionality of women and their real-life issues in the modern world. Additionally, 3 Singaporean female artists have been invited to perform spoken word and songs on the opening night.

Mark this Thursday – 7 March 2013 – on your calendar for the opening night of “Celebrating Women”, the inaugural charity art exhibition that highlights women’s issues, on the eve of the annual International Womens’ Day on 8 March. In association with AWARE, a charity that supports anti-violence against women, 12 female artists based in Singapore will showcase the multi-dimensionality of women and their real-life issues in the modern world. Additionally, 3 Singaporean female artists have been invited to perform spoken word and songs on the opening night.

The kind venue sponsors for this exhibition are One East Asia, Cedele for the F&B on the opening night and generous individuals who reached into their own pockets for artists’ materials.

Curator and founder Pamela Ng feels a responsibility to showcase the larger, multi-dimensional beauty of the women she knows and sees Celebrating Women “expands women’s roles beyond those decreed by society, thereby, informing the wider public of a more holistic, encompassing view of women. Concurrently, women are empowered as they identify themselves in the creative expressions and resonate with the issues in the works, encouraging a sense of solidarity. Hopefully this will be the first of many steps towards the celebration of International Womens’ Day in Singapore, where friends gather and renew bonds to support each other as sisters.”

Pamela also hopes 8 March will also be an acknowledgement that first individually, and then collectively, women are all important and part of a larger community, in a world that depends on them for sustenance.

On the opening night, there will be special artists, including Deborah Emmanual who will use the medium of spoken word to create healing and discussion and hopefully give women the courage to speak out against violence before it is too late. Charlene Shepherdson will perform impromptu poetry, from the words and phrases the audience will provide, in response to the artworks. Hard Rains are songwriters who will also bring their feminist slant.

As a preview from Artitute, here are some exciting artists to view at the show: 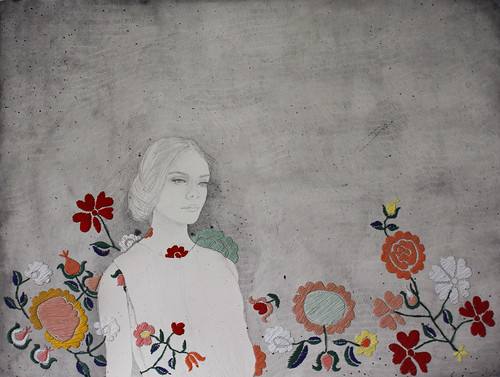 Izziyana Suhaimi uses traditional embroidery to re-connect women to each other in today’s fragmented world. Through the ages, women used embroidery to mark important events of their lives and to articulate their emotions, hopes and dreams. Embroidery thus has the power to connect women, both past and present. Social media platforms are today’s digital fabric, and like embroidery, share a secret language, like a code, between women.

Eunice Lim turns familiar fairytales on their heads to illuminate women’s value and unwavering strength despite circumstances. The works will reveal real-life situations and misconceptions that are not often highlighted but frequently experienced by women. Strength to Rise Above Odds Kelly Reedy explores the singular dreams and musings of women. Inspired by poetry, this collection of works portrays the strength and hope that springs from engaging fully in life, no matter how difficult the situation. 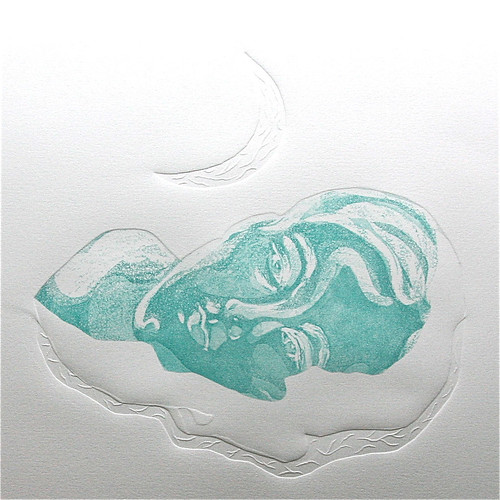 Also drawing on the strength of women, Allison M. Low works centre on this line: “I am held up by the very sticks that you used to beat me down”. As a metaphor for overcoming abuse and rising above their experiences, women perch atop battered, mishandled pieces of furniture. 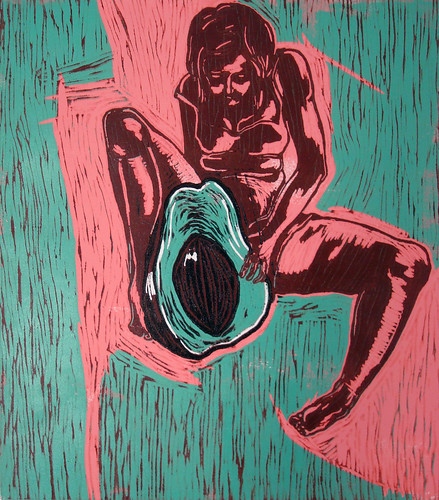 Clare Marie Ryan (above) endorses the superwomen that lie dormant within all females. She urges the reclamation of the female body with affirmations of self-love and confidence. The independent woman is portrayed with poignant sensuality, depicting an interaction between the self and body, freed of social stigmas.

Debra Raymond uses thought-provoking visuals that marry art and science to deliver a social commentary on the modern world’s notions of beauty. Women’s roles are socially determined and not biologically inherent and she believes women will be empowered once they can free themselves from the pressure to conform to narrowly-defined ideals. 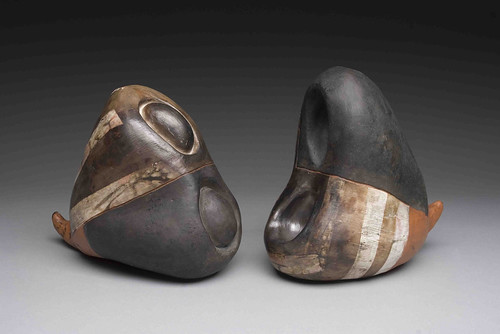 Madhvi Subrahmanian (above) uses ceramic “yoni pods’ to pay homage to the power and essence of women. In India, the word “yoni” stands for the supreme female principle, and the “lingam” is the male principle, where the world’s existence is dependent on the “yoni”.

Kavita Issar Batra likens mothers to trees that nourish offspring and the communities that surround them. As a stable force in the changing forces of life, women can make the journey of life breathlessly exhilarating.

Zoey Nguyen Le Thuy Duong grapples with the sense of disassociation in the age of information transparency. Technology further fragments a person’s sense of identity and belonging, compounding the duality of a modern woman – having to carry the weight of embracing her softer nature and at the same time working towards equality.

Tamae Iwasaki casts aside polite Asian civility to delve into the deep world within women, where two people’s worlds overlap, even for a moment. Her works speak of important people in her life that help her recognize her true self and even her own darkness. 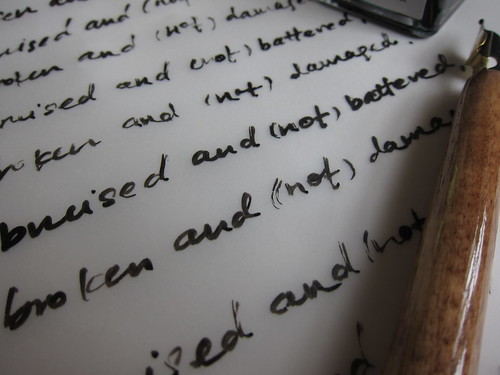 Jamie Marie Lewis uses waterproof ink and ice blocks in her ephemeral work (above) that shares how a woman’s complexity and tenacity enable her to forgive and move on from challenges such as geographical displacement. In the same light, Ketna Patel speaks of women as global citizens who harmonise cultural norms with the spirit of modern goddesses.

Images: Courtesy of the artists and curator Ms Pamela Ng