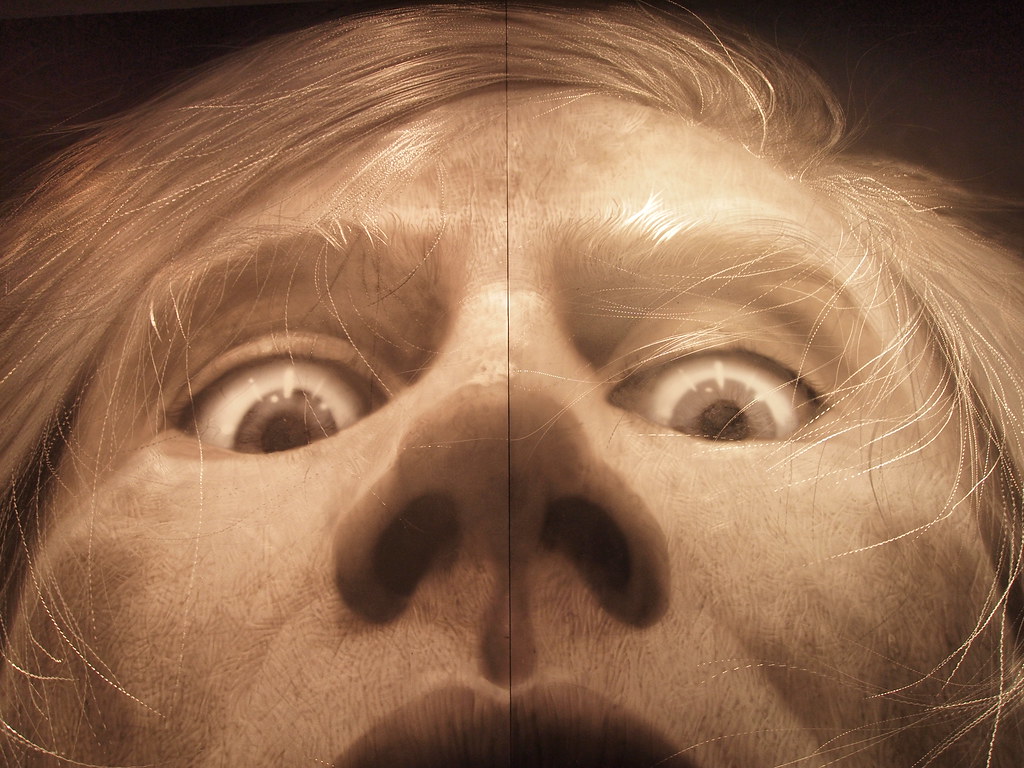 Hyung Koo Kang came to painting comparatively late in life, but has since become highly regarded for his intense, hyper realistic self-portraits and rendering of subjects which includes celebrities, artists, political figures and anonymous individuals. His paintings are often mistaken for photography as they are so lifelike and detailed.

Korean artist, Hyung Koo Kang, focused on the eyes of his larger than life portraits of well-known celebrities and figures. Painted in duo-tone of either blue with black or red and black. The colour represents the mood of the artist at the time the painting was created. 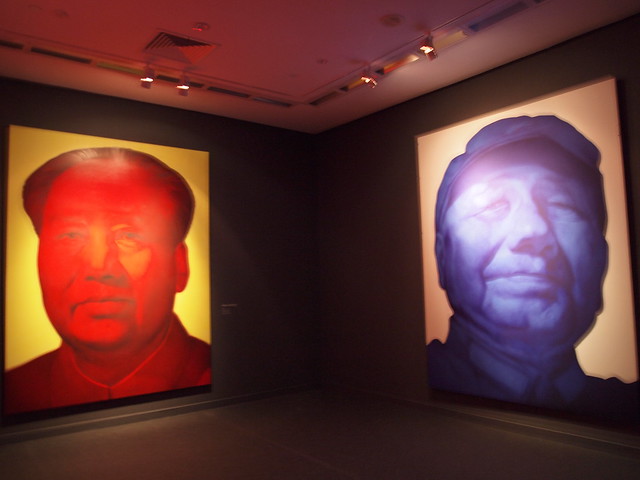 The artist uses non-conventional methods on his paintings. Apart from the usual canvas, some of his works are painted on large metal sheets. And while painting with oil, the artist creates depth and dimension by scratching his metal canvas. Using tools such as nails, drills, toothpicks and erasers. Creating lines that become the highlights of his subject’s flowing hair. Giving his paintings depth and movement.

Apart from the well-known celebrities and political figures, the artist removed the race and identity of his subjects. Hence if you see his self-portraits, you might wonder why the man staring down at you looks like a Caucasian, instead of a Asian man.

Intensive research were done on each celebrity as the artist doesn’t paint from a pre-existing photograph or picture. It took the artist one year to complete 10 paintings. The artist also ages the celebrities in his paintings, hence removing the notion of an immortal idolized by their fans. 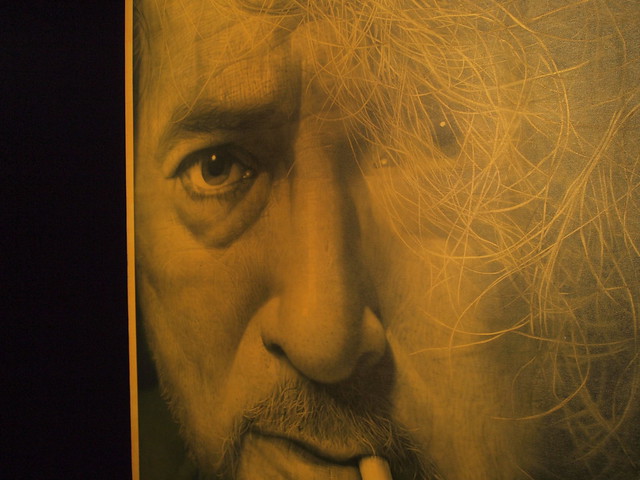 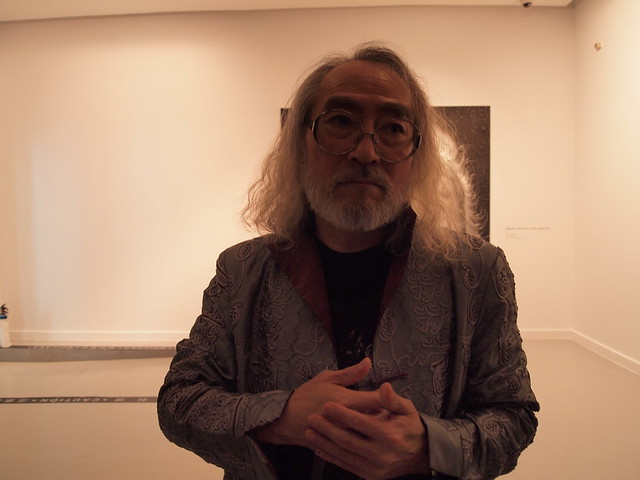 Hyung Koo Kang – The Burning Gaze runs to 25th December 2011 at the Singapore Arts Museum at Bras Basah Road, and is part of the Korean Festival 2011.