After 7 years of floating around Europe, the USA, Australia and parts of Asia, the NUS Middle East Institute is proud to present their first ever photo exhibition featuring the works of a local photographer, Zann Huizhen Huang. Chee Wei Teck interview the photographer about her works and experience photographing in the Middle East.

The NUS Middle East Institute is proud to present their first ever photo exhibition featuring the works of a local photographer, Zann Huizhen Huang, who travels regularly to various parts of the Middle East. After 7 years of floating around Europe, the USA, Australia and parts of Asia, the exhibition Iran~UnVeiled, spanning a period of 5 years, allows visitors to see the realities of life in Iran from the Caspian Sea region to the Persian Gulf. Zann had taken considerable risks as a solo female photographer to gain access to people and places in Iran that are prohibited to local women. Zann shared her escapades in Iran at TedX KL 2012. 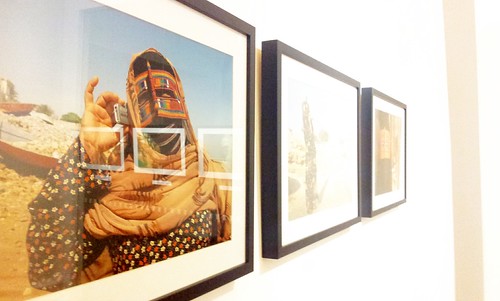 I asked Zann, “How was this exhibition curated?”

Zann replied, “All my work had been carefully selected by myself which I had sent in for open calls for submissions. The judges will then choose the strongest portfolio of works to be exhibited, among international participants. Following that, I will send my works in high resolution and my artist bio/essay on my work to the festival organisers. My personal selection of images to be displayed for IRAN~UNVEILED has been chosen by myself based on my previous experiences of picking the photos and sequencing them for other major festivals overseas. I believe that I had been through a lot (over 5 years and 20 trips) to document contemporary Iranian society and I personally know which are the strongest and most meaningful images for the audience to see. Since Iran has already been shown in many countries before touching home in Singapore, I am confident of my own curating skills. Many photographers had curated their own SOLO shows and I do not see any conflict of interests in this.”

I followed up with the question, “Why not a third party curator?”

I nodded and said, “Yes, I get your point. A Photojournalist present at an event is the best person to tell the story from his eyes. The third party curator might not understand the flow of event, despite having some insight to the topic.”

I asked, “How do you prepare for your trips to these sensitive areas?”

Zann: “There is no sure way to prepare. I just need to be aware of the environment and play by ear.” 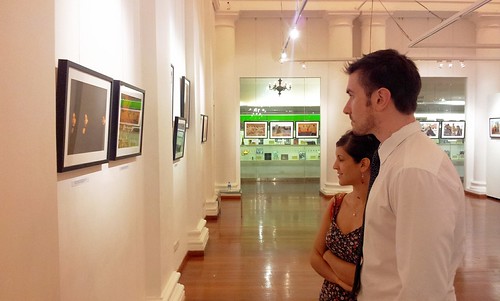 Ms Zann Huang will be presenting at Objectifs – Centre for Photography and Filmmaking, on 11 May 2013, 2-4pm. There are limited seats for this talk, so do sign up early to get a seat. This talk is free, but do email [email protected] to pre-register.

Get a glimpse of what it is like to be a photojournalist covering stories in various countries. In this seminar, photojournalist, Zann Huang will be sharing about her experiences covering humanitarian and socio-political issues in countries like Iran, Iraq, Israel and the Palestinian Territories, Afghanistan, Lebanon, Jordan, Syria, Cambodia, Myanmar, Laos, Indonesia, Sri Lanka, China, Turkey, Tunisia, Thailand and the Philippines.

During the talk, she will also share about how she does her research on the places to go and how she prepares for each trip. You will also get tips on how she goes around getting her stories when she is at a new place. 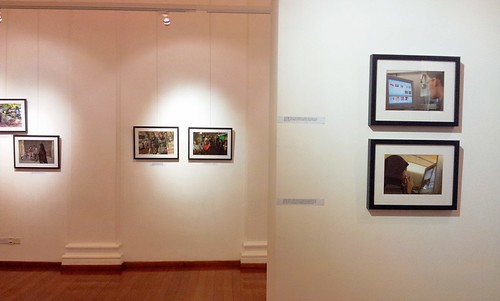 Zann Huizhen Huang began her first serious foray into photojournalism after the tsunami in January 2005. She has covered humanitarian and socio-political issues in Iran, Iraq, Israel and the Palestinian Territories, Afghanistan, Lebanon, Jordan, Syria, Cambodia, Myanmar, Laos, Indonesia, Sri Lanka, China, Turkey, Tunisia, Thailand and the Philippines. Her images have been published in Time magazine, Le Monde, Geo Italia, L’expresso and other publications in the US, Europe and Asia.

Zann has also spoken about her self-initiated and self-funded projects at TEDx Singapore 2012 and about her photo documentation of Iran at TEDx Kuala Lumpur 2012.

Zann’s works had been exhibited at
1. Noorderlicht Photofestival 2006 – Another Asia “Cambodian Glue Kids”
2. Visa Pour L’image Photojournalism Festival 2007 “Cambodian Glue Kids”
as part of the Care Internationale du Reportage Humanitaire Award 2007 – Top 5 finalists
3. New York Photo Festival 2009 “Cambodian Glue Kids” and
“Iran~30 years behind the veil” slideshow.
4. Singapore’s Gallery 2902 in 2009 “Qash’qai Nomads of Iran”
5. Espace Dupon in Paris 2010 “Wedding~Iranian Style”
6. “Child labor project” in collaboration with the ILO-International Labour Organization, exhibited in Holland 2010.
7. Reportage Australia 2010, “Iran~Children of the Revolution”
8. StripBillboard in Melbourne’s Federation Square, Australia in May 2011
“Cambodian Glue Kids”
9. 7th Angkor Photo Festival 2011, “Iran~Children of the Revolution”
10. Arles Photography Salon, 2012 at Les Rencontres D’Arles,
“Iran~Children of the Revolution”
11. Photo Romania in May 2012, “Cambodian Glue Kids”
12. “DISplaced” about the plight of refugees around the world, July 2012 at the Arts House at the Parliament, Singapore.
13. “Women in Iran”, CHOBI MELA 2013, evening slideshow curated by Francoise Callier.
14. “REMEMBER SHATILA” as part of the theme of “RECOVERY”exhibited at the Tenshin Okakura Gallery, supported by the JAPAN Foundation and Goethe Institut, March 2013.
15. “IRAN-Unveiled”, The Arts House at the Parliament, Singapore
from 29 April – 8 May 2013.
16. “Iran~Unveiled”, Photosynthesis Gallery, Month of Photography-Sofia, Bulgaria, 28 May – 15 June 2013.
17. “Iran~Children of the Revolution”, slideshow at Obscura Photofestival, Penang, Malaysia from 21-30 June 2013.

Zann has also covered “Mental Health Issues” in Singapore and was featured in the Asia Exposed 2 series in late Sept 2011 on Channel News Asia which won a silver medal in the Best Social Issues/Current Affairs category at the New York Festival International TV and Film Awards 2012.