Western Australian Jacobus Capone is the current artist-in-residency at the Perth Institute of Contemporary Arts (PICA) from September to December. Through durational performances, drawing, installation, painting and video,

Capone’s Nine prayers for Palomar is a nine-part series of gestures that recreate and pay homage to the nine subsections of Italo Calvino‘s novel Mr Palomar. 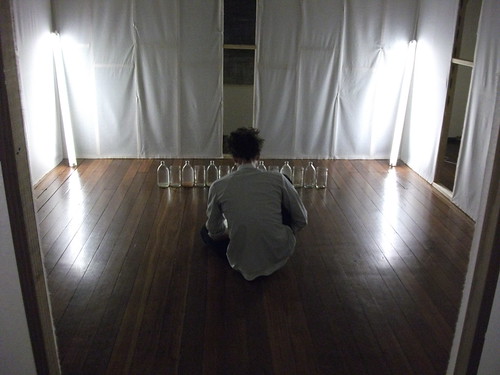 I managed to see the first prayer in September, Meditations (Seven Puddles), during my vacation in Perth. Situated in the Clock Tower Studio of PICA, the viewer enters the room only to find another semi-enclosed room where the artist is seated before 7 bottles and jars, staring down into a silver bowl of fluid. These fluids were collected by Capone from 7 puddles around Albany, WA and ice filtered to temporarily remove impurities from the bodies of water. Each day for a week, Capone would observe a new puddle without disruption or acknowledgment of visitors. A message from the artist outside the clock tower explains that he would sit rooted in front of this wonder to look into/inside of/outside of these 7 samples. The fluids will then be poured back into the bottles at the end of the day, closing a cycle by reconciling it with the earthly particles it was separated from.

The space was quiet as I entered except for the tubular groans of the turret clock mechanism in the room. I was filled with an immediate sense that I was intruding into the space of someone meditating that demanded privacy – its integrity uninterrupted until I entered. Yet, it was clear that all visitors’ presence would be ignored and that I was free to stay and observe, and observe i did. The constructed prayer room and Capone’s meditation evoked a strong spiritual presence that determined the nature of the emulsion, of which temporal removal from its original state gave a sensation of a transient experience. Meditations (Seven puddles) was a unique exploration of the relationship between the spiritual and chance happenings, and this week-long gesture Capone writes, would one day be reflected upon and may “fill one] with a sense of wonder, because it was such an amazing and precarious thing to have witnessed. Even in a town or city there will always be invisible work impinging on our thoughts, which by nature we cannot help but give in to”.

The 9th and final gesture would be from 7 December to 19 December at PICA. 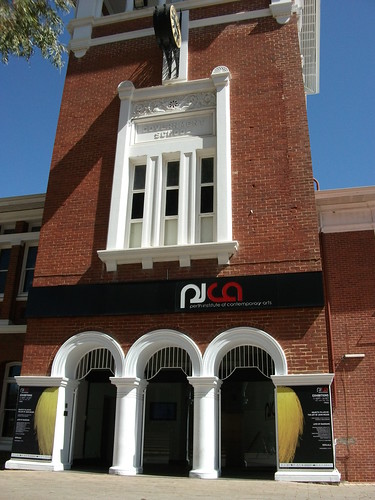 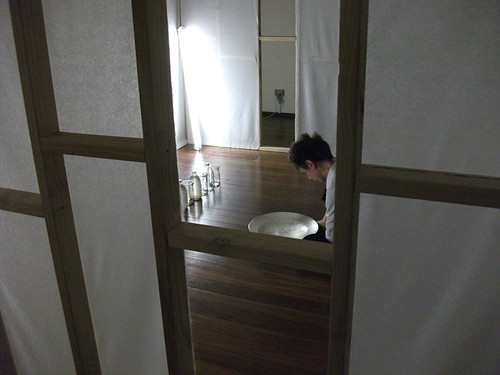 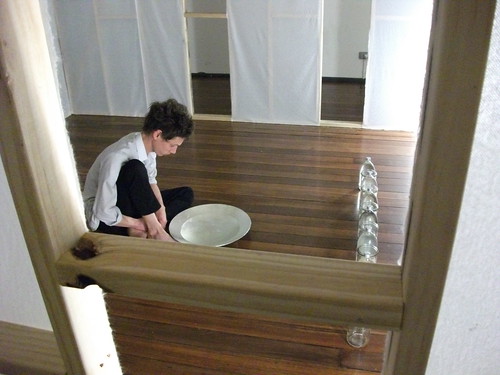 Friday 1 – Saturday 2 October, durational performance with Mal Capone (Jacobus’ father)
for now forever, for the time being forever, while this lasts forever (coeur)

Tuesday 5 October – Wednesday 13 October
everything and nothing

Friday 15 – Saturday 16 October
(her – us – he)
The sentence repeated continuously for two days:
“Multicoloured hours / Minutes like trees / Moments like flowers
Time frozen in space / Time dead from space –
Covered by flowers / By the fragrance of flowers
By the fragrance of the names of flowers”

Tuesday 7 December – 19 December
On the beach (for a farewell)