Journey to Yemen now showing at Total Arts at the Courtyard is a series of photographs selected from a collaborative project “Yemen: Treasure Trove”, presenting Yemen through the lens of acclaimed photographers and a film maker who travelled to Yemen in March and May 2009.

Journey to Yemen now showing at Total Arts at the Courtyard is a series of photographs selected from a collaborative project “Yemen: Treasure Trove”, presenting Yemen through the lens of acclaimed photographers and a film maker who travelled to Yemen in March and May 2009.

With over 7000 years of history, Yemen was for centuries the centre of civilization and wealth on the Arabian Peninsula. The Romans referred to it as Arabia Felix, or “Happy Arabia.” It was the land of frankincense and the fabled Queen of Sheba.

Sana’a and Aden were important medieval centres for textiles and spices. And in Yemen’s eastern Hadhramaut region, caravan towns grew into fortified settlements where, to stave off Bedouin raids, residents lived in multi-story mud-brick towers, the skyscrapers of their time. Much of this architecture still remains as it was 600 years ago at Shibam, a UNESCO World Heritage Site. 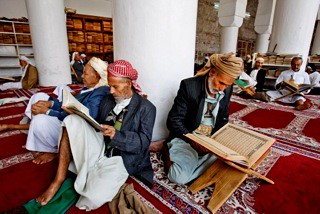 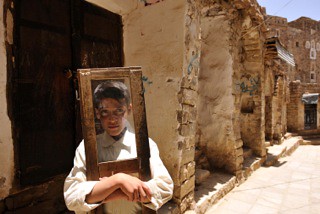 Of late however, Yemen has had a chequered past of conflict, north-south and factional division. It is the poorest country in the Middle East and a world away from the region’s richest — Saudi Arabia — basking in its oil wealth just north of the Yemeni border. Yemen also faces a multitude of challenges in the form of limited water and oil resources, low education – 40 percent of the people are illiterate, high unemployment, acute levels of child malnutrition and a population that looks set to double in twenty years. Yet the Yemeni people are a resilient race. This set of photographs depicts everyday life in Yemen and the beauty in the minutiae that is so frequently overlooked when the storm of conflict takes centre stage.

Kamran Jebreili is a self-trained photographer with a M.A. in architecture from the Fine Arts Faculty of Tehran University. He has worked for AP since 1997 in their Dubai bureau as a regional photographer and photo editor. 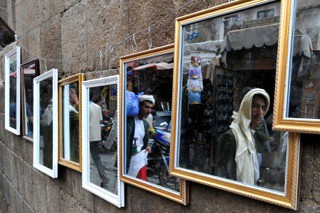 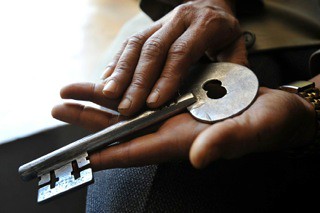 Award-winning Swedish photographer Katarina Premfors has 20 years of experience as a professional commercial photographer. Living and working in the Middle East for this period of time has accorded her a political and cultural awareness that imbues her projects with an added dimension. And as a result of her intrepid curiosity, she is unafraid of putting herself in unusual situations to seize a shot. Premfors’s desire to capture the essence of her subject shines through in her resulting shoots.

Samar Jodha devotes his time to editorial and social communication projects as well as photography workshops with street children in developing countries. His social commentary has included projects on the Bhopal gas tragedy of 1984 as well as highlighting the lesser known facets of human migration through the nameless migrant workers who help societies realise their physical ambitions. He has also been a regular speaker on TEDx. 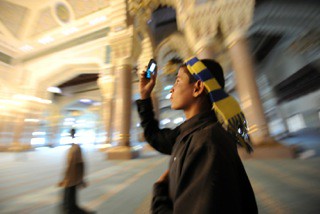 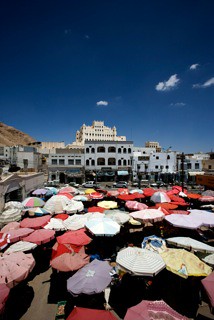 This project was initiated and organised by Total Arts in collaboration with Arabia Felix, Marco Livadiotti and Melanie Radicke. Yemenia, Universal Touring Company and the Yemen Tourism supported this trip.

Journey to Yemen will run till 19 December at Total Arts at the Courtyard, Dubai.

About Total Arts at the Courtyard
Total Arts at the Courtyard was founded in 1981 and since then has been at the heart of the Emirates art scene by lending its space to some of the finest and upcoming artists of the region. It is the platform not only to promote artist projects but also to host cultural events such as lectures, workshops, film screening and music performances in a unique surrounding.

Total Arts is located at the Courtyard along with several other art galleries and creative spaces, artist studios and a 60 seat theatre which together create a hybrid interdisciplinary space for learning, collaborating and experimenting dedicated to trans-cultural arts and cultural projects.

Opening hours
9 am – 7 pm, except Fridays