Li Xiaofeng, a contemporary Chinese artists who work primarily with classical blue and white porcelain, brought new meaning and value to what has been commonly called waste shards found at Jindezhen, China. 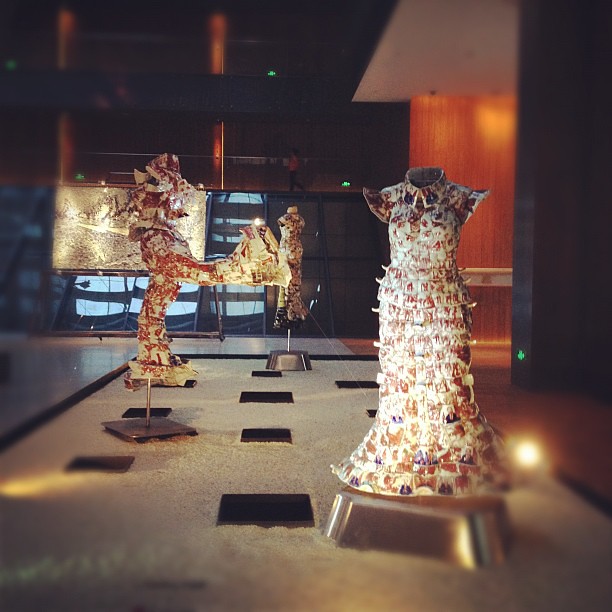 Li Xiaofeng is one of my favourite contemporary Chinese artists who work primarily with classical blue and white porcelain and probably the only artist doing his signature style porcelain couture. If I were to invest in art, I’m definitely going for his pieces. 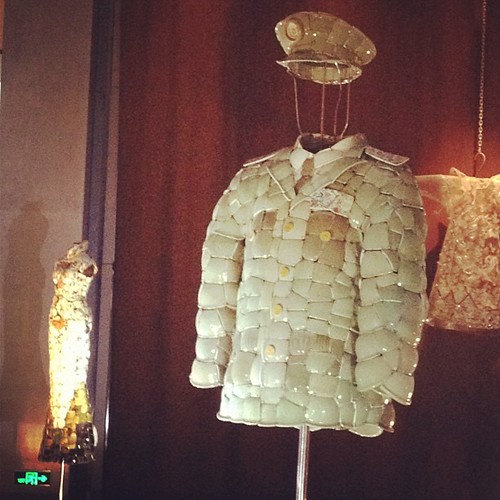 Having researched and refined his process for over ten years, Li has proven his understanding of porcelain ware, its historical role in Chinese culture and early commercial trading that took the finest china around the world. He has brought new meaning and value to what has been commonly called waste shards – rejected pieces littered around the imperial kilns of Jingdezhen over the centuries, or buried, broken fragments along the layered trading routes in every direction across China. 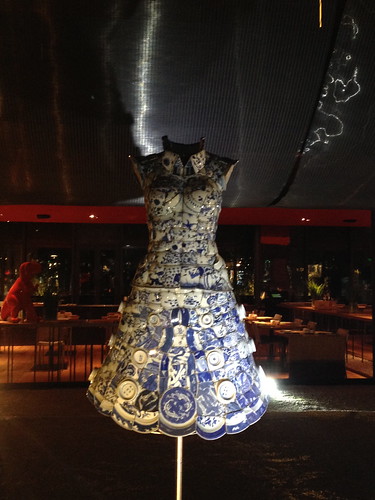 He’s also got a really poetic raison d’etre for his choice of materials:

“The shards contain the history and culture of China. Through grinding, polishing and sewing them together, it narrates the country’s past, present and future to its audiences. It also indicates the rebirth of the new civilisation in the Eastern Hemisphere,” explains Li.

Hubei-born Li Xiaofeng completed his post-graduate study at the Central Academy of Fine Arts in 2002 in the mural painting department. From this study he gained an appreciation of landscape art but felt compelled to reinterpret the traditions in both materials and form. His work has been described as a graceful type of rearranged landscape made up of rejected porcelain in the form of clothing, and has been exhibited in China, as well as Hong Kong, New York, Paris and Miami.

These beautiful 6-pieces from the "Memory" collection represented by Red Gate Gallery are on show at The Opposite House till the end of December and I was fortunate to see them in person during a recent trip back to Beijing!

And two permanent pieces "Beijing memory 1 and 2" that belong to the hotel’s permanent art collection here.