For Meng Foo, The ‘Portraits of Nature’ is a life long project that he had set up to pursue. Being awed by the MicroWorld of the Insects which had been unseen for a long time until the proliferation of digital camera and advance optical lenses. They are mesmerizing to many people. – Wei Teck reports

Even wanted to know some Six-legged creatures up-close and personal?
Mr Choo Meng Foo, who is known to some as the Insect Hunter, is sharing with you the enlarge world of insects and spiders, never been seen before at such close proximity and brilliance. 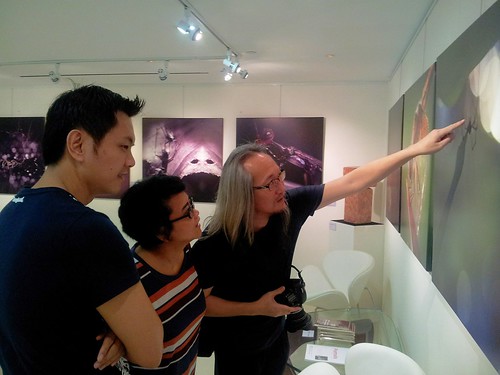 For Meng Foo, The ‘Portraits of Nature’ is a life long project that he had set up to pursue. Being awed by the MicroWorld of the Insects which had been unseen for a long time until the proliferation of digital camera and advance optical lenses. They are mesmerizing to many people.

These Six-legged entities were the least explored when compared to the world of the four-legged animals, the birds and the aquatic animals, primarily because they are tiny and we are not able to see them in detail unless we magnified them. Blow them up many times their sizes and we will realize that they are as intriguing as the Dinosaur and as mystical as the phoenix we had never seen.

The project intends to observe and present their natural world, and with the belief that all living things are members of this home we call ‘earth’, the arthropods are treated as subjects with respect, care and understanding. They are treated as another fellow human being, rendered in their, sometimes colourful, at times monotonous and excruciatingly cruel, natural environment.

I spotted one of the work at the gallery which I seen before but presented differently. 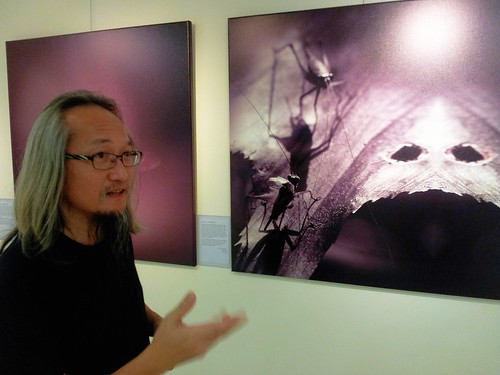 #POA16 – The Ritual
Meng Foo explaining to me the difference in presentation of “The Ritual” at the current showcase in comparison to the last time I seen it.

For this showcase, his works are printed as Photo on Canvas, and are in bigger print. The last time I seem some of this series of work, they was printed on Silk in a smaller format. Meng Foo explained that he like to experiment with different medium or printing options. And the advances in printing technologies means that the same image can be printed and presented in vary manners.

Taking “The Ritual” as an example, I remember the previous time I saw it on Silk, there was a Green Tint to it.

“I have to do a few test print, to get the best result having these images in larger format while presenting more details to the viewers. Adapting to technologies to better present one’s art is important.” Mr Choo Meng Foo emphasised to me. “Now I can print bigger with more details and better colours.” 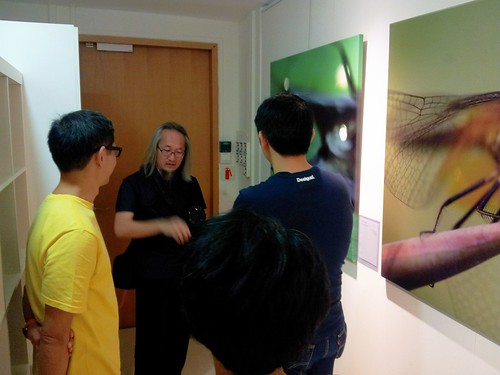 At the Gallery, you can see Meng Foo trying his best to answer questions from guests. Trying his best to sharing and show the fine details of the insects which most people don’t take note of; and he try to share the beauty of this MicroWorld.

“Well, I guess a lot of people find Insects to be disgusting” I gave Meng Foo this comment.

“Well, they are high in protein. Maybe I can take photo which make them look appetising as food for people. You can compare eating insects with eating Prawn which is a crustacean, and is not really pretty to look at…” Meng Foo replied.

“Mr Choo, I will look forward to a menu full of insect photo by you…“ 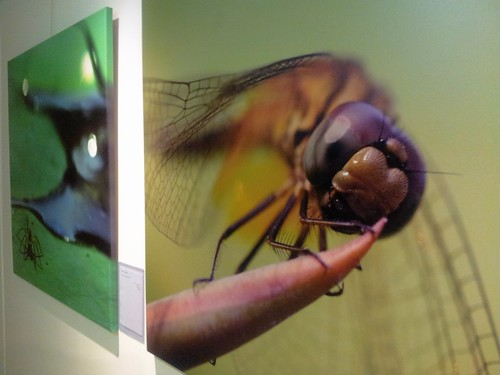 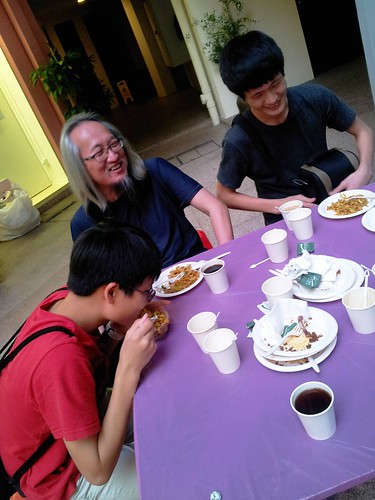 Mr Choo Meng Foo with his 2 sons, while taking a break during the opening of the exhibition.

After knowing Meng Foo for sometime, first as an Artist, then as a friend. Seeing him with his family, let me see the beauty of engaging your loved ones with what you are doing. Also Mr Choo who is Architect by training, is doing what he likes and sharing with others.

Do try to drop by, the Artist might be in. Meng Foo is someone who is very willing to share and answer any questions. 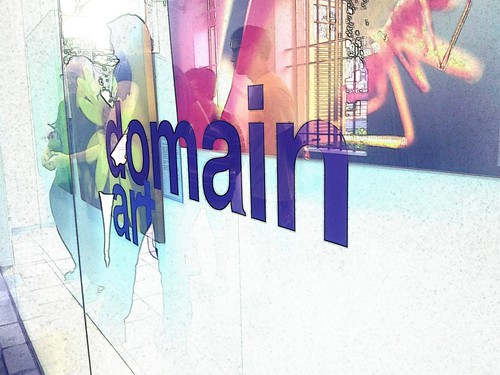