Born in 1938 in Saxony, Baselitz is one of the leading artists of the post-war period, whose distinguished career has spanned more than 50 years, persistently shifting accepted boundaries and consistently challenging the mainstream. A painter, printmaker, sculptor and draughtsman, his works explore collective, historical and personal themes, often featuring subjects repeatedly across different mediums. 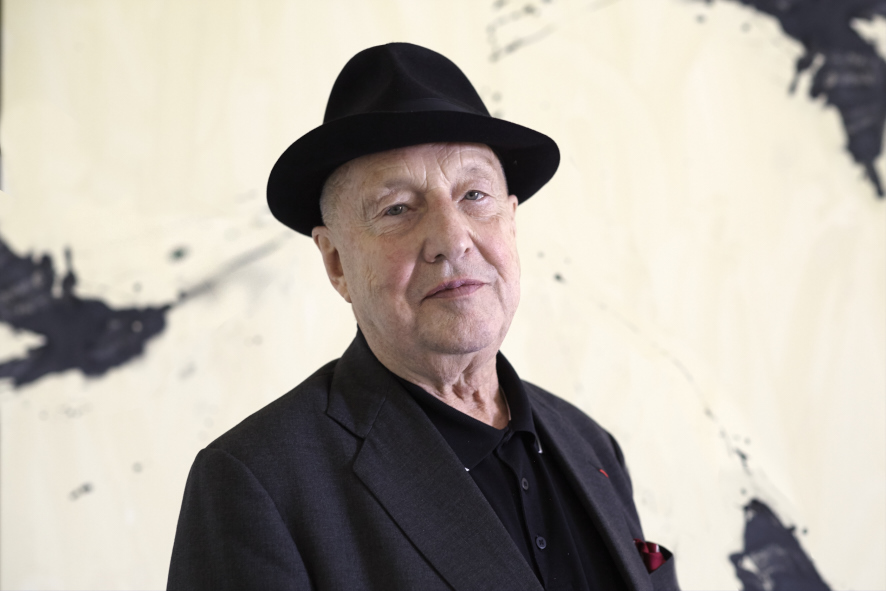 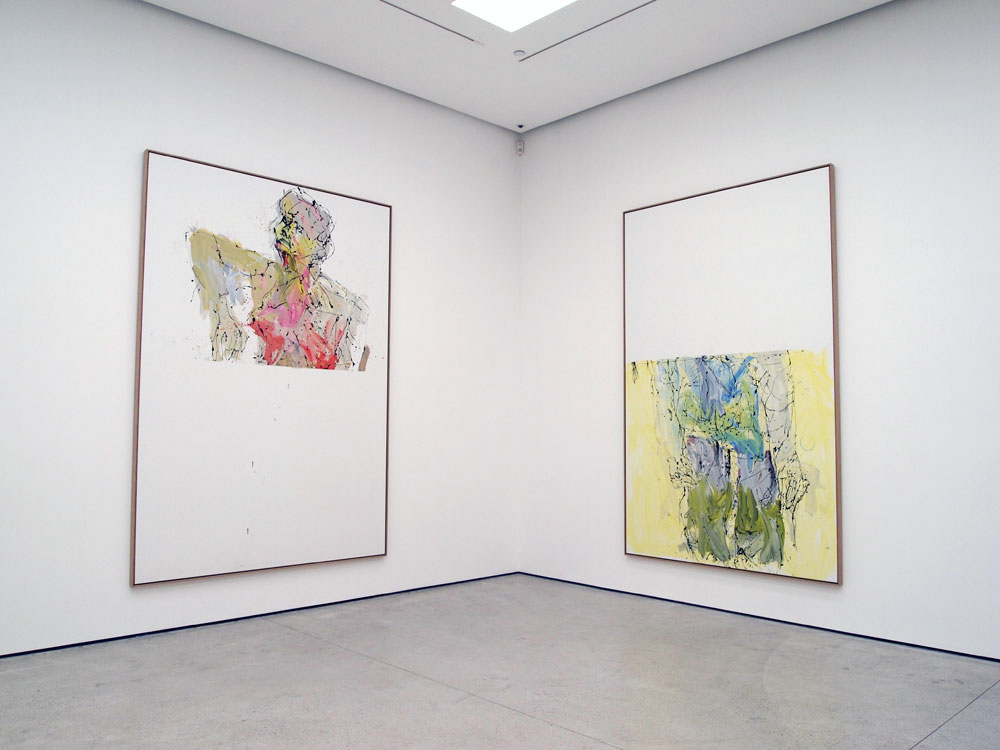 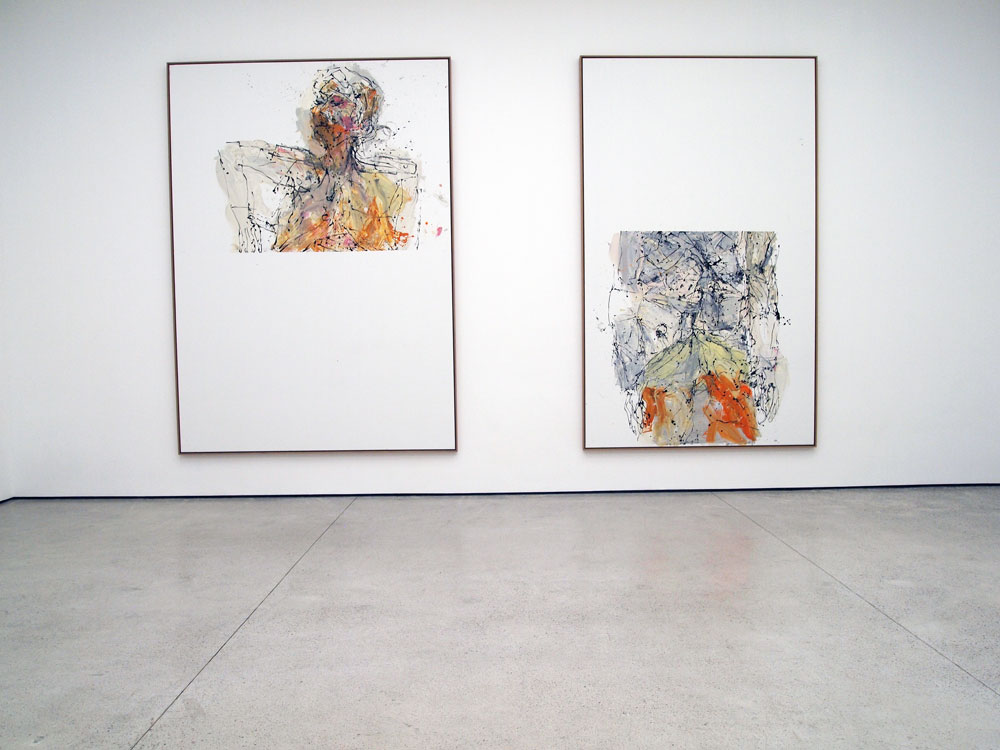 In a recent series of paintings, Baselitz tests compositional balance by painting in only one half of the canvas, leaving an expanse of white above or below the image. The paintings which depict either the lower or upper half of a body: in some of which the arm is raised and bent limply at the elbow. A signature pose that alludes to paintings by both Frank Auerbach and Egon Schiele, reflecting a referential urge by Baselitz. Whereby he explores his affinities with other artists such as Otto Dix, Edvard Munch, Ernst Ludwig Kirchner and, in particular, Willem de Kooning, pushing gestural figuration to its limit. This series of paintings depict the body as a dense mass of colour in tones of grey, pink, yellow or ochre. These colours overlaid with a network of fine black lines that neither emphasise nor describe contours, seem to meander organically, like the ‘lines of growth as with plants’.

In another series of paintings, presented in the upstairs gallery, the artist repeats a motif of partial, detached legs: an anatomical fragment that appears obsessively throughout his oeuvre and which functions almost like a personal symbol or emblematic self-portrait. Baselitz has said that ‘Feet are my earth-wire’, emphasising the notion of feet as grounding us. Still, in these monochromatic canvases, four legs are positioned in an ‘X’ shape, as if spinning from their intersection at the midpoint of the picture’s surface. Each leg ends with a high-heeled shoe which appears to be marching or dancing in an anti-clockwise direction like a sign, logo or possibly a swastika. The effect of restless movement, as if some centrifugal force propels the canvas itself, is emphasised by the sense of speed of the works’ execution, made on the floor, with oil thinned to a watercolour-like consistency. 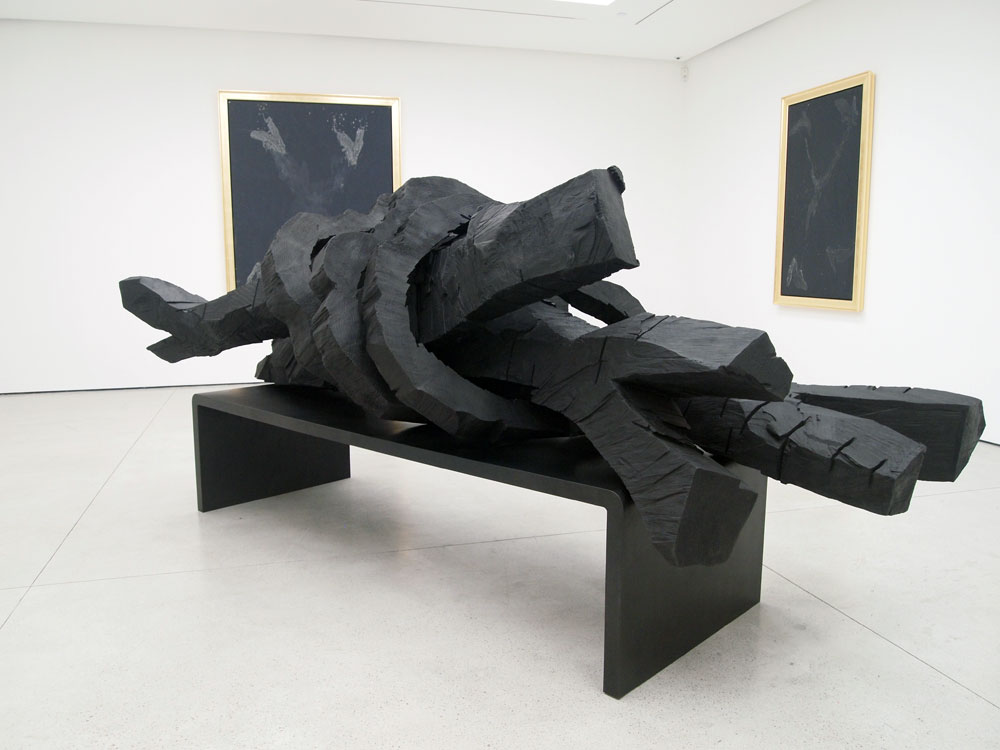 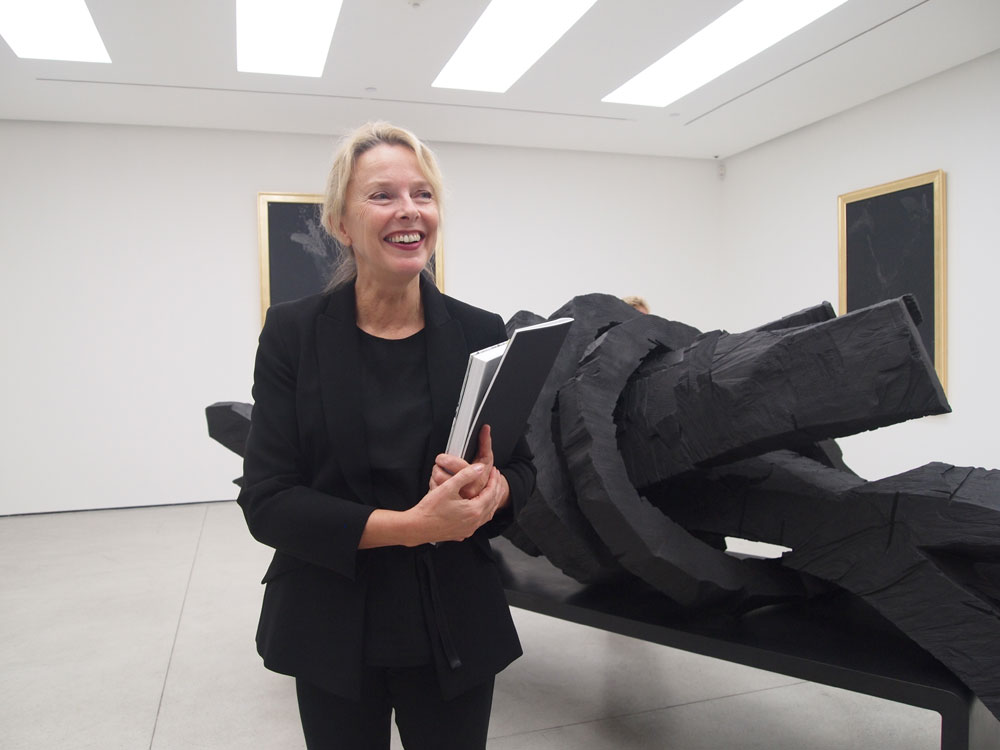 The leg-motif appears again in new, large-scale bronze sculpture and a series of 12 colourful line-etched, aquatint prints. In Winterschlaf (‘winter sleep’), a bundle of legs are held together by three rings and placed on a low bench. A characteristically dissonant and mutable motif, the legs are reminiscent of collected natural forms, such as kindling twigs or asparagus, yet also of some strange, sacrificial offering.

The sculpture’s matt-black patinated surface appears like charcoal, and the expressive scores and marks from the carving process created with a chainsaw and axe, are still clearly visible. Recalling the sculptural mark-making of traditional or folk art as well as the mythical associations of wood, the work is not only humorous and mysterious but also dark and grotesque. By extension, a new series of prints repeat the same motifs. In some, when viewed from the side, they become densely abstracted, drawn with thick black brushstrokes set against a single background colour. In contrast, in others, they are delicately rendered, sketched in delicate outline and left as skeletal monochrome. 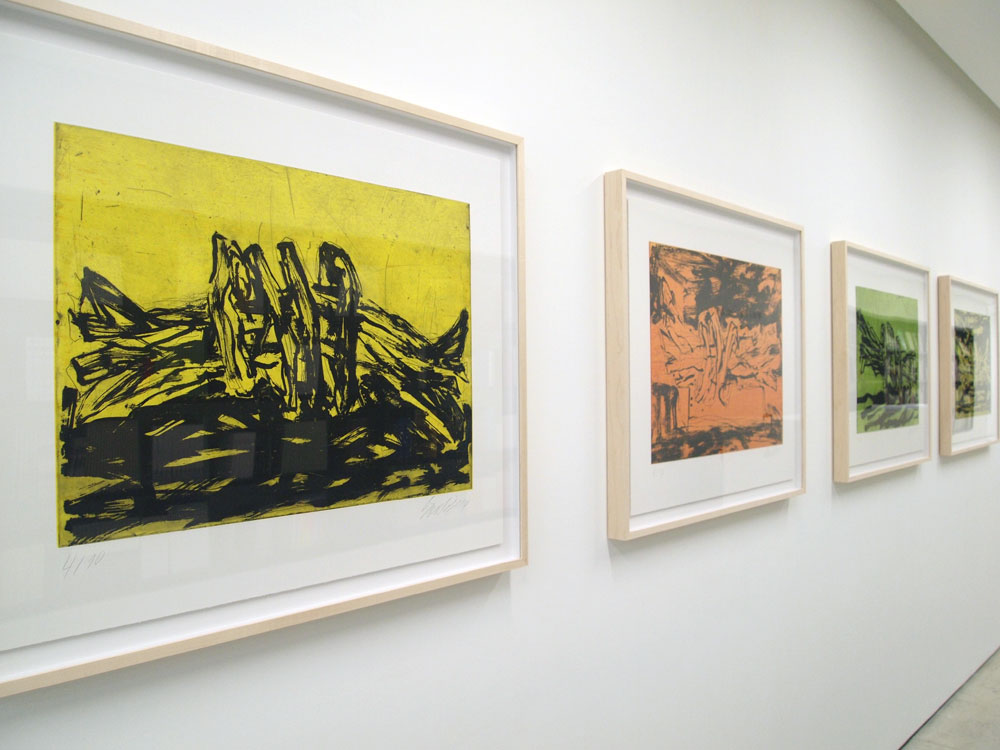 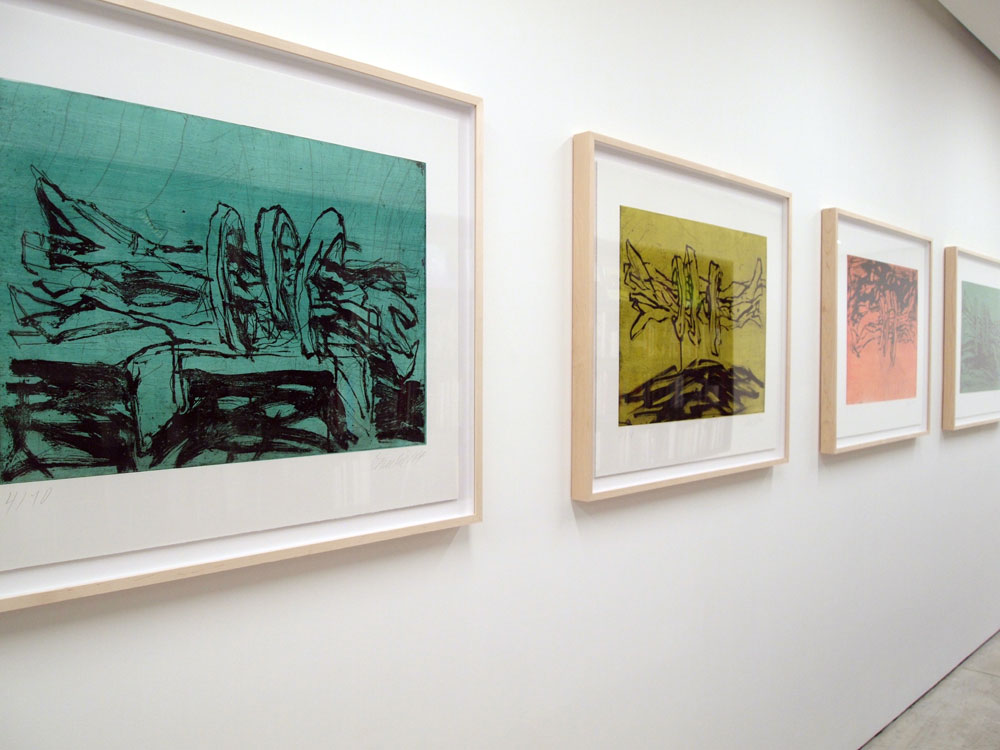