Currently in its fourth year, the Singapore Survey serves as a ground to expose and promote the works of Singaporean artists. Conceptualized by Mr Valentine Willie, the exhibition explores the different facets of the country’s identity through the coincidence of diverse themes and patriotic ideals. 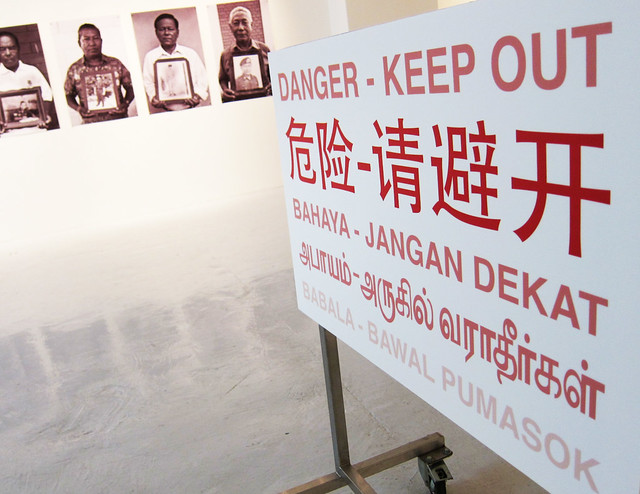 Currently in its fourth year, the Singapore Survey serves as a ground to expose and promote the works of Singaporean artists. Conceptualized by Mr Valentine Willie, the exhibition explores the different facets of the country’s identity through the coincidence of diverse themes and patriotic ideals. The aggravation of these necessary conversations regarding the past, present and future of this small island, allow audiences to question their own views on the history and development of the nation. 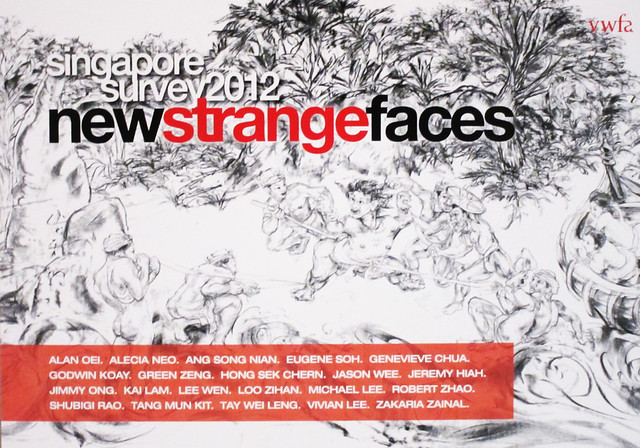 The word “foreign” has in the past 12 months become the most used and abused word by Singaporeans, whether in private conversation or mainstream printed and online media. Who are the foreigners? Filipino OFWs working as domestic helpers who have been in the country for ten years? Or Western expatriates sitting in corporate offices on three-year contracts? Perhaps, we should ask instead, who qualifies as a Singaporean, or even, can foreigners become Singaporean?

Urging Singaporeans to accept immigrants, even as he acknowledged, “many Singaporeans are not comfortable seeing so many new strange faces”, Lee Kuan Yew, speaking at a Lunar New Year celebration this year said Singapore’s biggest challenge is its aging population in the face of falling birth rates. Continuing, he says, “Less young people means less sales of new cars, new stereos, new computers, new I-phones, I-pads, new clothes and fine dining. It’s a choice Singapore cannot afford to make. Like it or not, unless we have more babies, we need to accept immigrants.”

In this climate of uncertainty, what is the Singaporean response to these ‘new strange faces’? VWFA Singapore’s annual Singapore Survey show asks this complex question aiming to stimulate conversations around ‘the foreign’. How do attitudes of inclusiveness versus that of ‘othering’ effect the changing face of the country?

I particularly like the piece by Genevieve Chua, “Foster Children #1 (from the Ultrasound series)”. The works read:

“In stagnant waters, a ripple hints at some violence that goes unnoticed. All involute spaces in this city have flooded and over time, will slowly but surely propagate human-like offspring. An ultrasound offers a voyage into these cavernous spaces and reveals secrets not apparent above water level.”

When I stood in front of the painting, everything is indeed very quiet, very silent. A life is happening (whether local or foreign). I read and view the dots that made up the whole image of the ultrasound – a map of waves flow in the visual. We have to admit there are obvious changes, it may appear with very, very tiny movements (almost unnoticeable) but it is happening, and it is impactful. 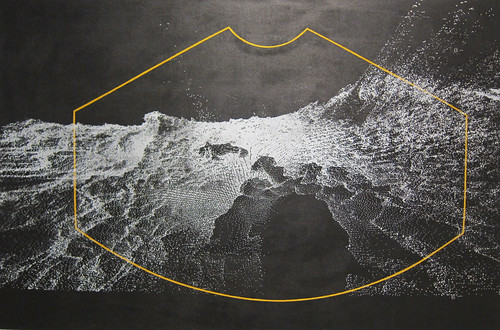 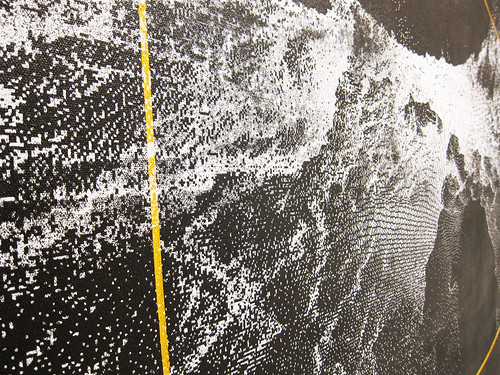 Most of the Singaporean artists who are featured in this exhibition are born in the late 60s to 70s. A few belong to the 50s, and a handful of them are of the younger generation born in the 80s. In the eyes of this mixture of generations, we see their definitions of “foreign”, “new faces”.

The categorisation of Chinese, Malay, Indian and Other (CMIO)

The monkeys found along Nee Soon, eating yoghurt by a Caucasian man

Imports (exotic or not)

There are also works dealing with the loss of an iconic representation, a status, a mindset. Many issues have been raised and many problems about these “new faces” have been identified. Still, no answers to any facts stated. Perhaps we really are experiencing the silent changes, happening every second now among us, and having to accept it whether we like or not.

I did not see or hear about the Merlion being lost.

More information can be found here

More photos can be viewed here 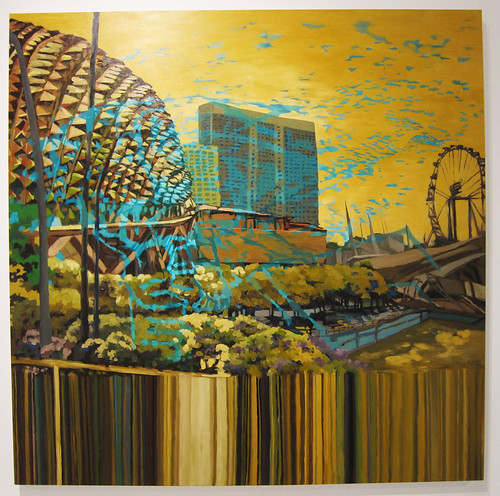 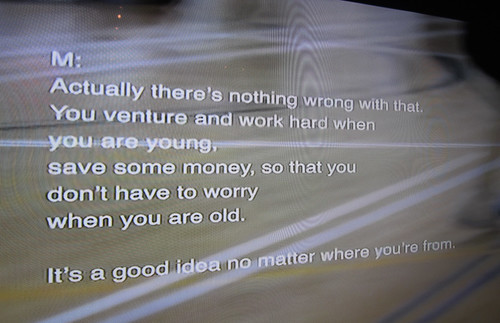 Opening hours:
Tue – Sat 11am to 7pm
Sun 11am to 3pm
Closed on Mondays and public holidays