One of China’s most important contemporary Chinese artist, Sui praised by Chinese art critics as “A pioneer venturing to the farthest reaches of Chinese sculpture.”

Sui Jianguo’s solo show features some 30 works dating from 1987 to present. One of China’s most important contemporary Chinese artist, Sui praised by Chinese art critics as “A pioneer venturing to the farthest reaches of Chinese sculpture.” 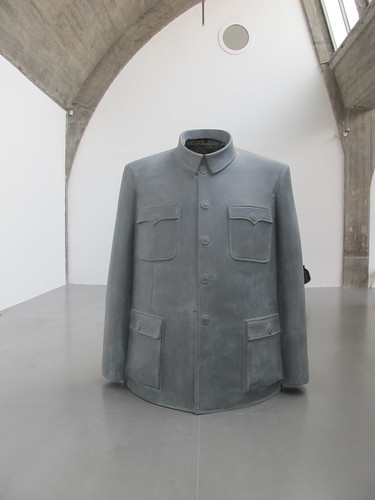 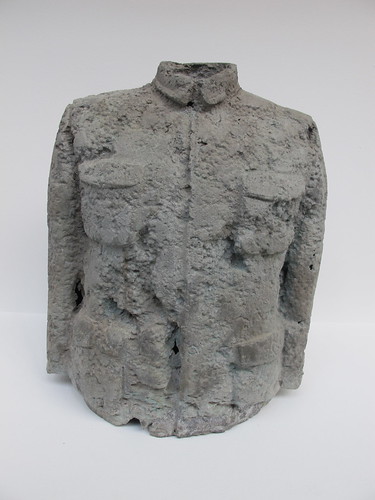 Working with a whole range of materials from bronze, steel, fiberglass to plastic Sui continues an indepth exploration of the social currents of Chinese society, creating a suite of iconic forms from his headless “Mao jackets” sculptures, ancient Greco-Roman statues in Mao suits, and “Made-in-China” colourful dinosaurs.

Sui’s works are deep and satirical, exploring conflicting feelings of escape and repression. Highlights from this solo exhibition include the industrial 1987 “Earth force” an installation of 20 boulders each weighing about 100kg wrapped in a web of ribbed steel and his hollow, headless “Mao jackets” feature heavily in the show alongside Grecian-Roman statues donning Mao suits. 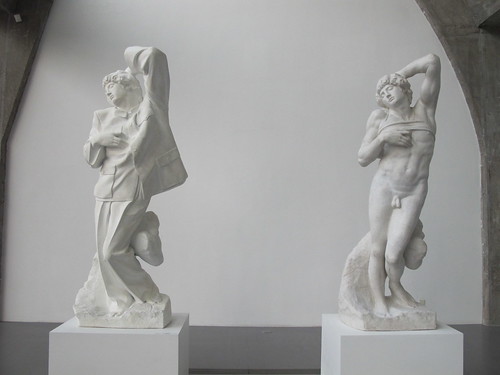 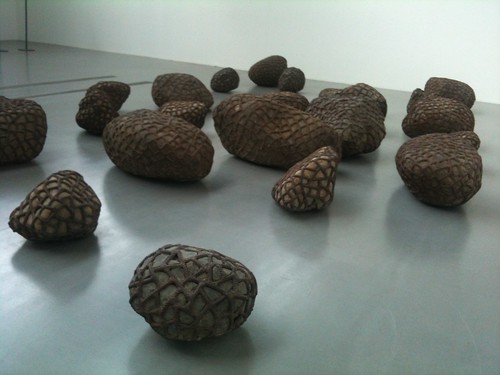 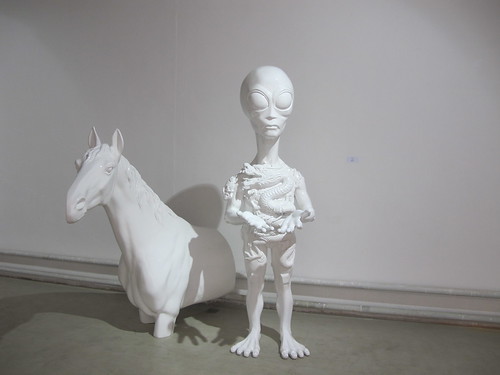 For those of us less familiar with his earlier works that explore complex relationships between man and material, we definitely recognise the “Mao jacket” sculptures and the large red T-rex in a cage that sits outside the Ullens Center for Contemporary Art in Beijing’s 798 art district as well as the neon coloured dinosaurs found at The Opposite House Beijing and the suites of East Hong Kong. 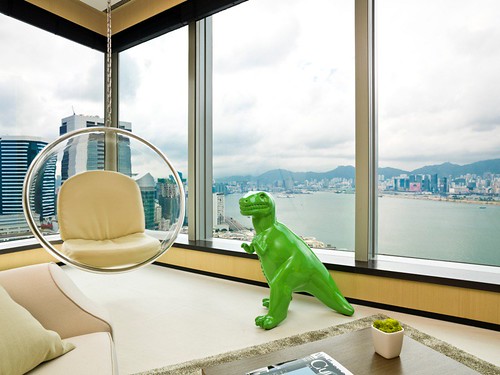