What happens after the images fade and the music stops? Joo ponders on the subject of obsolescence and society’s insatiable consumerist appetite. Joo Choon Lin “Resolution of Reality” at The Fondation d’entreprise Hermès. – Geraldine Lee reports 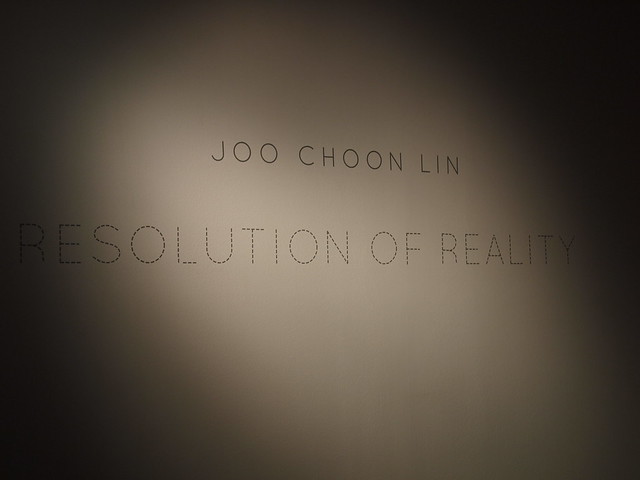 What happens after the images fade and the music stops? Joo ponders on the subject of obsolescence and society’s insatiable consumerist appetite. She tells her story in new ways with outdated methods such as stop motion animation throughout her video series. “Vapourised by Sunrise” depicts a frame by frame disintegration of crudely made Styrofoam objects made in the likeness of archaic versions of a microwave, television, dot matrix printer and camera – inviting us to consider what is left in its material reduction. Joo presents some of the relics from that video in another section of the gallery. In “The Remains”, the misshapen and amorphous forms starkly bring to light technology’s fragile life cycle and the resulting vast amount of waste left in its wake. 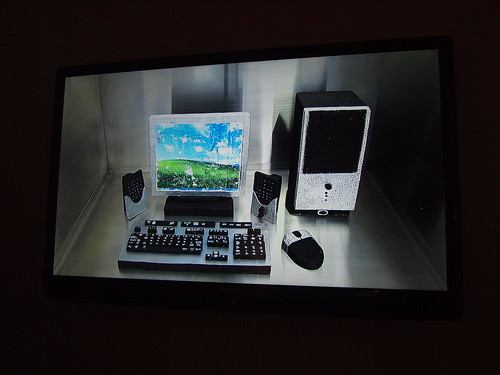 A dot matrix printer hangs from the ceiling and slowly prints a continuous cascade of water imagery on paper with a whirring sound adding to the effect of a waterfall. “Multi-Tiered Falls”, a free standing sculpture of obsolete mechanics presents a bizarre fantasy of technology masquerading as life. 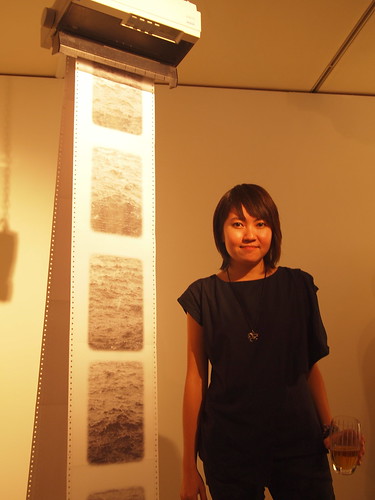 I am mesmerised by “When Surface Betrays Solidity”, a video projection on a stack of wood. Joo employed a silk screen over a container of water and using charcoal and coloured pigments created a surface that looks exactly like wood grain. It is only when the pigments move; Joo created the grain by blowing on the surface of the water, do you realise that things are not what they appear to be. 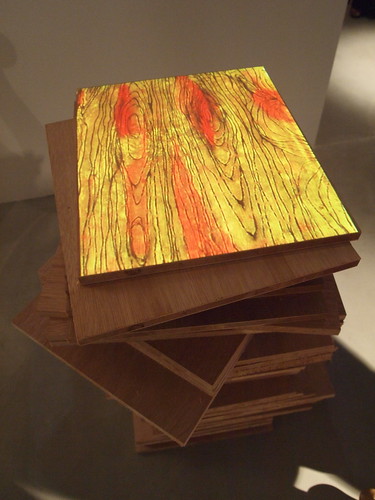 Joo’s fascination with nostalgia encourages audiences to reflect and reconnect with their memories. As our technology accelerates, our tactile experiences are inversely diminished.

“Resolution of Reality” is the eleventh successive installation by Third Floor’s Programme Director Emi Eu who is also Director of the Singapore Tyler Print Institute.