It is one thing to tolerate women; it is another to celebrate their existence and voices within the discourse of art. Present-day zeitgeist calls for women’s equality, activists clamoring for equal rights and opportunities; calling for a transcendent from the patriarchal society and dominant male gaze.

It is one thing to tolerate women; it is another to celebrate their existence and voices within the discourse of art. Present-day zeitgeist calls for women’s equality, activists clamoring for equal rights and opportunities; calling for a transcendent from the patriarchal society and dominant male gaze.

I do not profess to be a feminist, although I have been constantly likened as one by close ones. I do profess that I was thrilled to be able to attend “We Are Women” exhibition. I mean there are artworks, visual explosion of aesthetics and colours, and cheeky word puns. What’s not to love about the tongue-in-cheek word pun of “我们(Wo Men) Wo Men”?

In lieu of International Women’s Day, “We Are Women” is a multidisciplinary exhibition housing the multiplicity of women’s voices and their identities. Curated by Serine de Labaume, she has gathered female artists such as Liana Yang, Stefanie Hauger, Lynn Johnson, in hopes of illuminating women’s discoveries of their identities and existences. Walking through the spaces of [email protected], one is struck by the white airy walls, constraining but never suffocating. Valerie Ng’s abstract pieces line the pristine walls, quietly asserting in her style. Hauger’s “Talking Sculptures” and “Microphase Me” in their 3D attention grabbing pops of color spring to life against the off-white walls. The “lol” and “hawt” clamors and dominates within the pristine blue of Facebook walls and sky blue tweets – a caricature of contemporary internet lingo and existence. 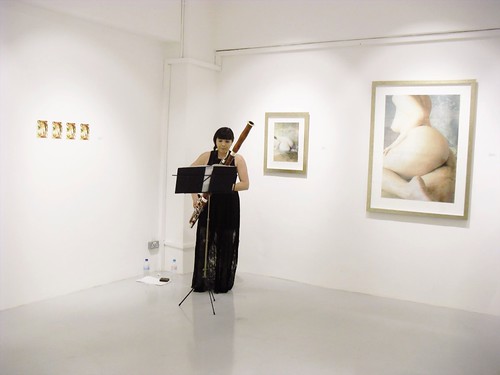 Asserting its own dignified voices alongside the art, the tremors of Bach Cello Suite No. 1 (Yoyo Ma) by Jo Anne Sukumaran reverberate throughout the spaces; complementing Liana Yang’s mixed media work. The anonymous nude photographs make a statement on the ways the male gaze has represented woman’s nudity, and by extension, subjected the female body under the ownership and control of male. In reclaiming their ownership and through the analogous sea waves, Liana Yang illustrates the possibility of female cleansing, literal and metaphorical, in their construction of identities. 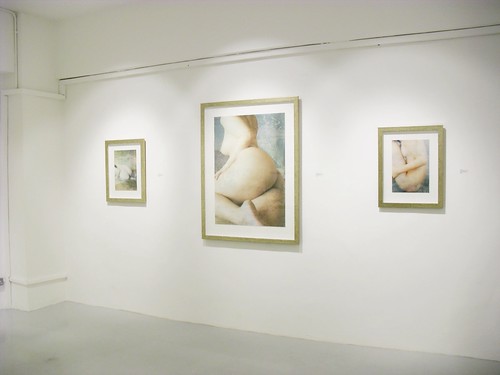 Serena de Labaume contemplates on the purpose of the exhibition; suggesting that there is no “one straightforward statement can be drawn on women’s identity today by presenting these female artists’ works. Instead, we gathered these various inquiries, reflections and expressions by today’s women artists to invite the viewers to take “appreciating art” a little further and engage in dialogue with the messages that the artworks present.”
In “Wo Men Women”, one listens to the competing clamors and tremors of female and male voices fighting for “equality”, in hopes of distinguishing the silent female voices devoted to constructing their own identities and existences. 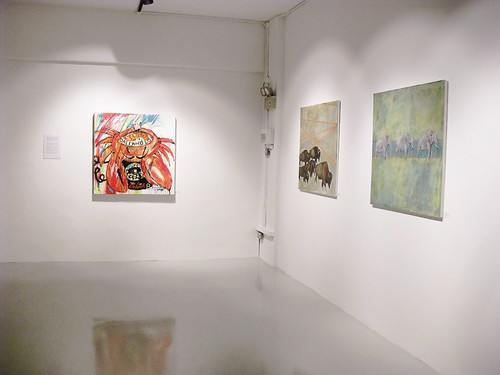