Graduation shows are usually not the most ideal settings for viewing an artist’s work. They are (mostly) decontextualized collections of limited samplings, constrained by space, grouped by themes in the loosest sense. But I ended up visiting the NAFA galleries for repeated viewings of the school’s Diploma and Bachelors graduation shows. So what can we expect from NAFA’s freshly minted artists?

Two highlights for me among their Diploma graduates were works by Kim So Young and Nhawfal Juma’at, the former for her technique, the latter for his conceptual rigour. 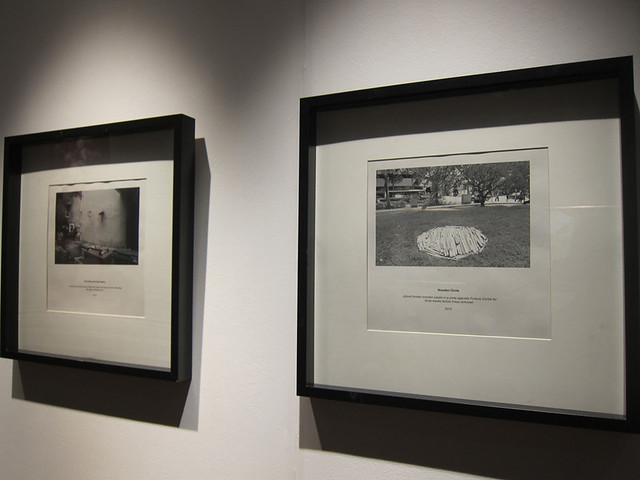 Juma’at’s series of photographs document arrangements of everyday objects that raise questions about narrative and documentation, upturning the way we view our surroundings, and treading the semiotic waters of record-keeping practices and human interventions in built environments. 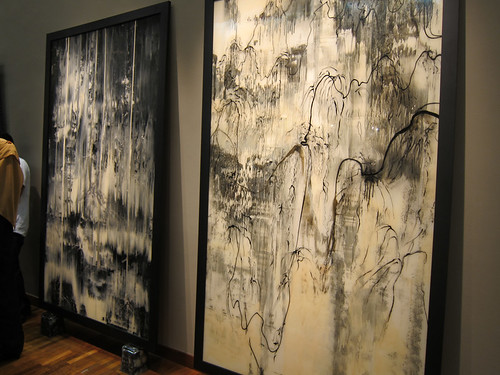 Kim’s paintings were apparently the result of much experimentation, with her pair of works produced just weeks before the show. Her efforts paid off handsomely, visually powerful be it viewed upclose or from a distance. 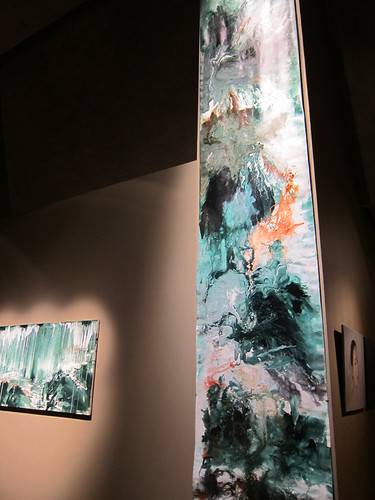 Convenient and expected comparisons may be made between the two batches of graduating students, with the BA recipients working on a grander scale, and showing greater depth in their craft. It’s still refreshing to see painting feature so prominently among the work of young artists, and Tew Bee Lan’s works are undeniably magnificent contributions, bearing visual references to the Abstract Expressionists and the 70’s group of local modern painters who mixed Eastern and Western styles. 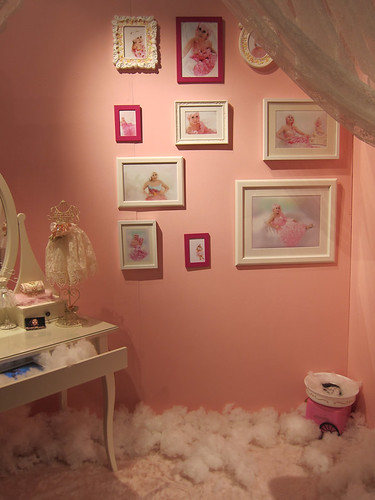 On the other end of the thematic spectrum is an installation by Clayrene Chan, whose work looks like a love-child of Cindy Sherman’s persona-play and Will Cotton’s fantasy imagery. One can’t help but smile with delight and wry acknowledgment of the installation’s not so indirect links to the Generation-Z’s world of social media populated by the likes of Xiaxue and other internet personalities.

In general, the variety of work across installation, painting, sculpture, and performance practices, shows a group of young artists who are engaging with of current trends in art. This made it a more exciting and engaging experience with each subsequent visit, and it shows a willingness to cross genres and to engage with a range of themes, both perennial and topical. 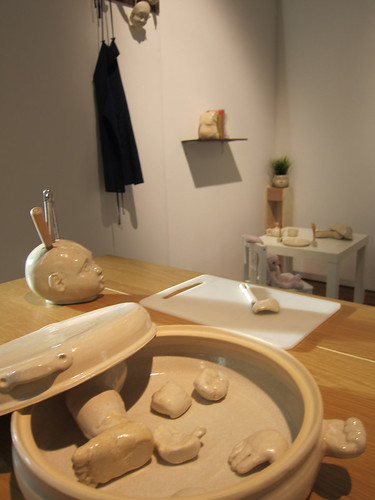 Among the mix are Deva Raj’s preoccupation with the commodification of childhood (with an array of household accessories that are one-part whimsical, one part unnerving), Hema Lata’s humourous comment on Twi-hard fandom, and Rhys Dennis Ngo’s visually seductive take on scientific representation. 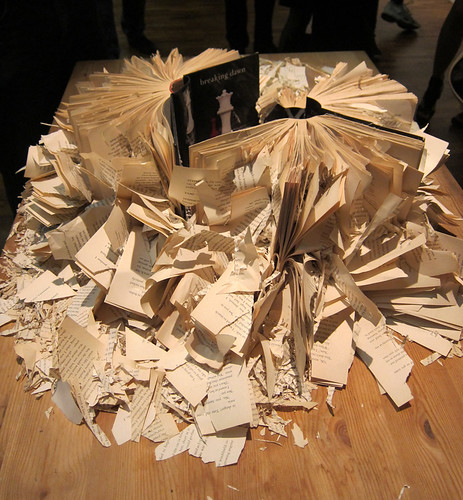 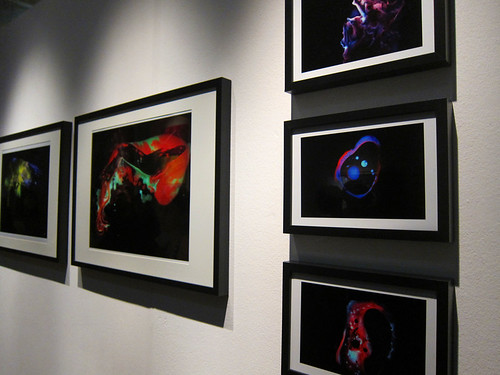 A brief chat with a few of the graduating students proved to be encouraging (for the near future of the local art scene), with a majority making plans to sustain and build on their practices. Earlier this month, the Goodman Art Centre presented the first of a series of talkback sessions, with NAFA being represented by Calvin Pang, Kanako Furukawa, and Clement Liang, who fielded questions and critique about their work with grace and equanimity.

Working in collectives seems also to be an increasingly popular trend, with Pang and Furukawa presenting a joint work currently at the Substation, and Liang being a member of the Black Baroque Committee. Other graduates such as Eunice Lim have also been actively seeking out opportunities outside of the academic environment (she is currently part of a Pop Art themed exhibition at the Ion Art Gallery).

This bodes with for our local arts community, with an infusion of new blood in an industry characterized by a high attrition rate. If there was any piece in the graduation shows that encapsulated this writer’s thoughts on NAFA’s latest batch of artists, it would be Woo Mun Seng’s installation, which is a physical manifestation of an artist’s seriousness of intent in his craft, and a daily dedication to one’s artistic practice. 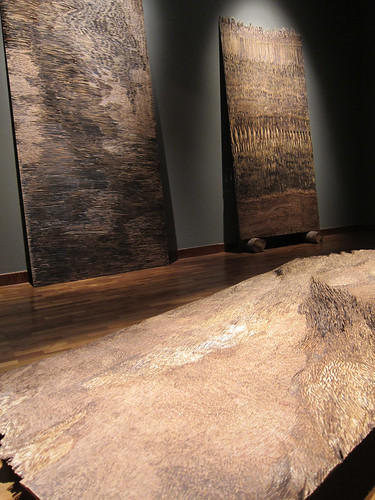