Mr. Yoshitaka Amano, the artist behind the characters in famous works such as Final Fantasy and Gatchaman, his first solo exhibition, Mythopoeia, in Singapore. Guest writer, Alex Mitchell had a chance to visit the exhibition and meet his idol. 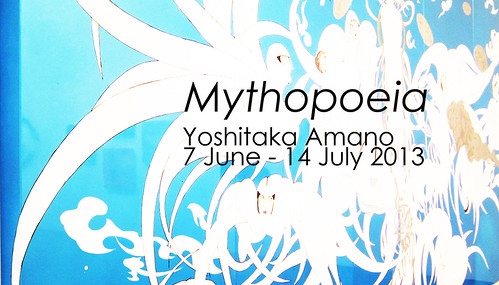 Steam was rising from the tarmac as we pulled into Gillman Barracks for our interview with Mr. Yoshitaka Amano, the artist behind the characters in famous works such as Final Fantasy and Gatchaman. Mythopoeia, his first solo exhibition in Singapore, is being held at Mizuma Gallery from 7 June to 14 July. We had the pleasure of spending a half-hour speaking with Mr. Amano about his work.

The first thing I noticed when stepping into the gallery was the large, blue and white 5-panel painting on the far wall, flocks of white-caped bird-men circling a serene, androgynous figure floating in their midst. To me, this work captures the spirit of the exhibition – a seamless blending of retro pop icons, fantasy and fine art.

Best known for his commercial work, Mr. Amano has been exhibiting his paintings in art galleries since the 1990s. He feels that his current work, which is built around the idea of a personal mythology, has a clear relationship to his earlier works, and that all of his previous works are represented here to some degree. This comes across clearly in his paintings, which are executed in his distinctive style using automotive paint on aluminium sheets. Looking around the gallery, you can see flowing, bird-like characters reminiscent of Gatchaman, the high gloss of the paint capturing the energy and motion of anime. As Amano observed, he tends to think across media when creating a work, imagining the motion of the camera, for example, when working on a painting.

Although the central theme of the exhibition is mythology, he explained that this mythology is firmly rooted in the everyday. He pointed out that along with the fantasy elements, many of his paintings also contain everyday objects, such as cars and vending machines. This connection to the everyday is one of the reasons for his use of automotive paint, as he feels that cars are very representative of our modern lives.

Comparing his commercial work with his art practice, Amano observed that when creating his own art he feels freer, but he still follows the same process, thinking carefully about what he wants to communicate. The key difference, he suggests, is that for much of his commercial work he needs to consider how his concepts will translate into a different medium – a game or animation, for example – whereas with painting, art is just art, raw and direct.

For me, it was fascinating to see echoes of characters I had enjoyed watching on TV as a child filtered through the lens of fine art. But whether you approach this exhibition as a fan of his commercial work, or with a view to seeing some fine paintings that capture the spirit of fantasy and mythology, you will not be disappointed. The exhibition opens on 7 June, and runs through until 14 July at Mizuma Gallery, Gillman Barracks. 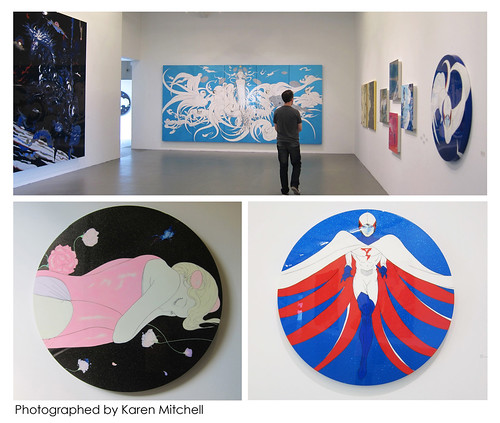 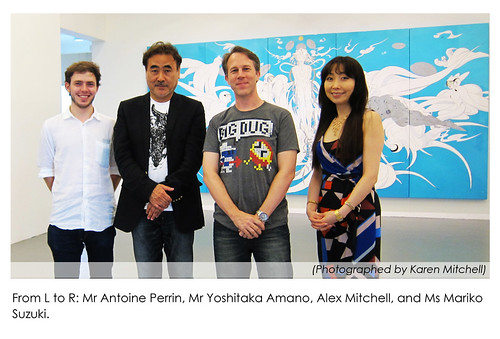 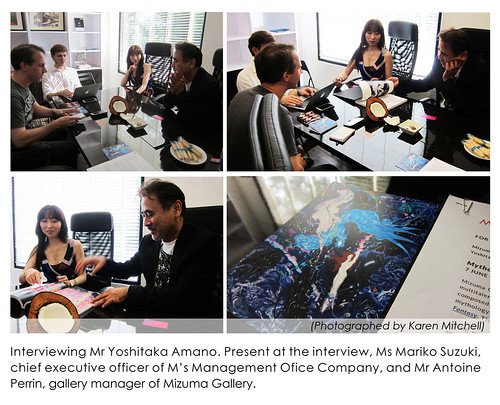 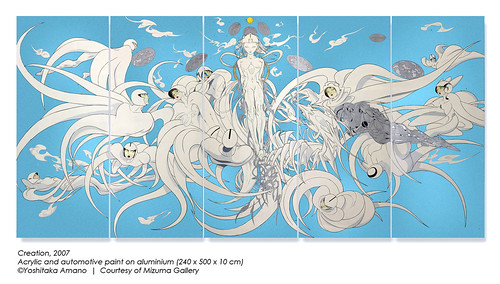 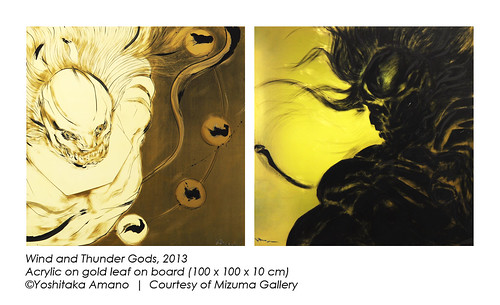 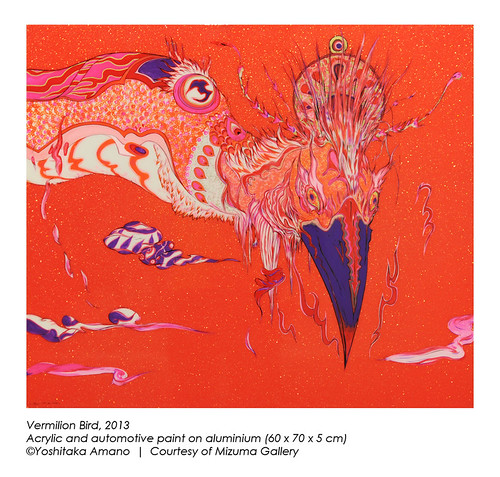 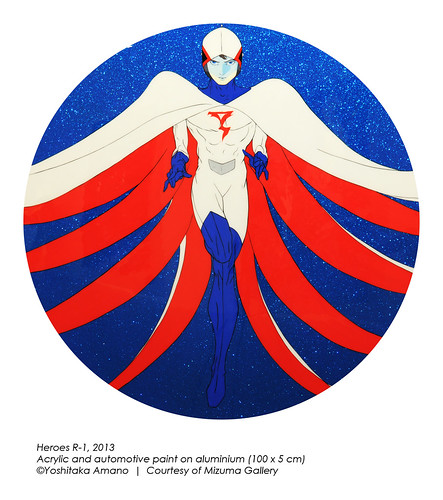 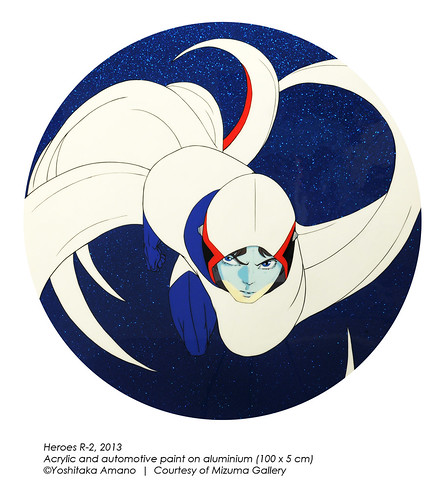