I would have loved to spend more time at this show, that Ai Wei Wei tore apart in his interview with The Guardian，Apart from its unfortunate name of the show which obviously incensed Ai, I felt that the show featuring nine Chinese artists from the 1990s till today was a pretty insightful showcase of the constantly evolving contemporary Chinese art scene of present day China. 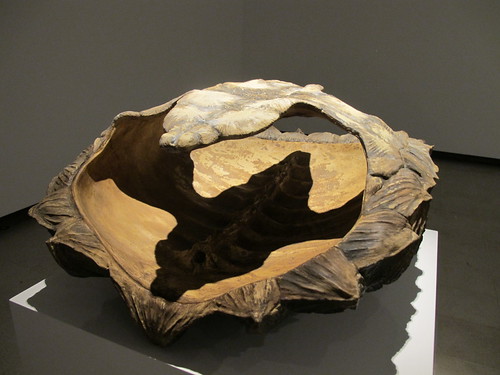 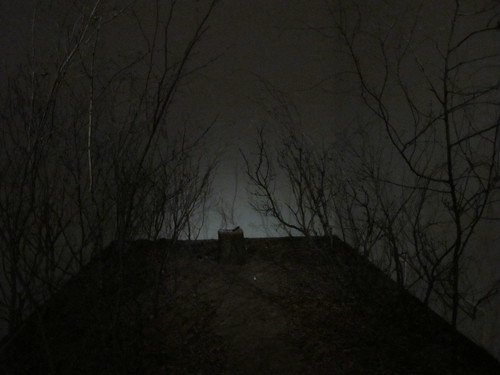 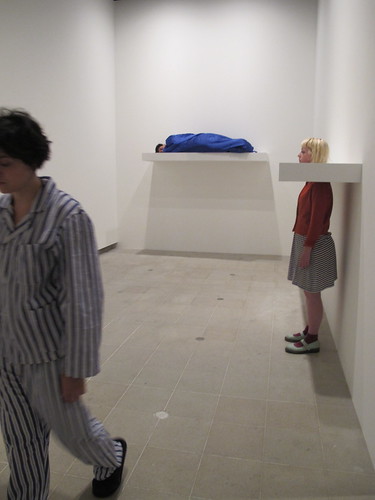 Theatrical elements include being followed around by actors and a mobile showcase of them moving from set to set. Then you enter the theatre of the absurd through a dwarf hole in the wall where Yingmei Duan is singing in gibberish and directly engaging with her audience in a dark room full of bare “atmospheric trees” as she explores the paradoxical and Chinese philosophical concept of “action without action”.

Xu Zhen showcased his weight machines exhibited in Beijing as well as the controversial “Starving in Sudan” piece where he had an African child squat by a mechanical vulture, a recreation of the Pulitzer prize winning photograph by Kevin Carter. 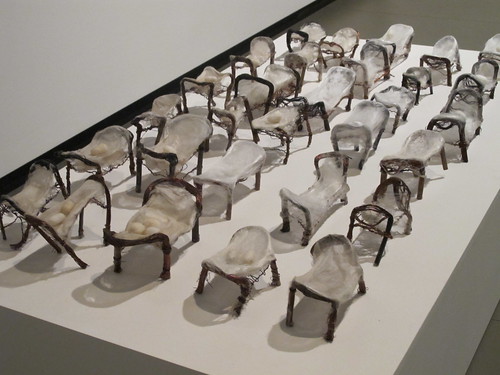 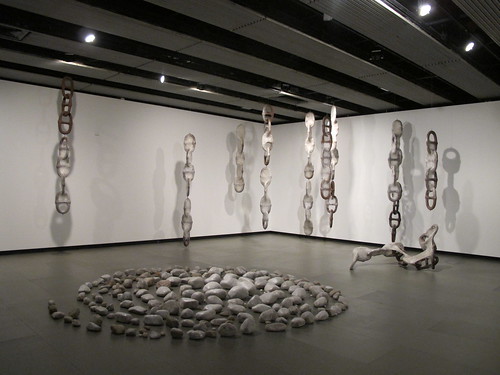 Liang Shaoji using silk as a medium on all his pieces. “The silkworm symbolises generosity and its silken thread is emblematic of human life and history…” Liang’s analogy of “listening to the silkworms eating, spinning and metamorphosing” is liken to “listening to zen” the way it’s pronounced in Mandarin. 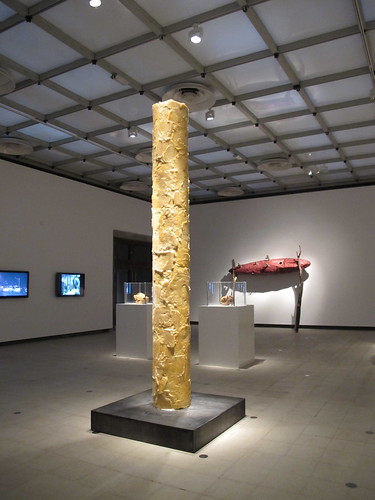 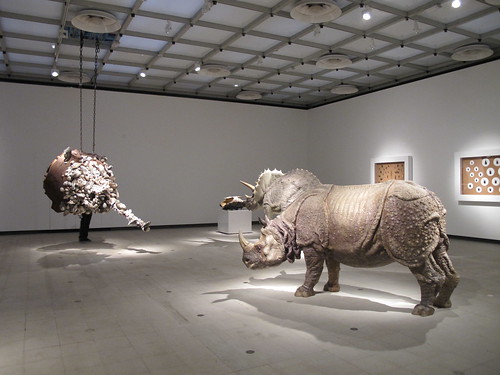 And juxtaposing a rhinoceros with a triceatops. “The main crux of the project lies in its investigation into the manner in which relationships are constructed or how correlations are made”. Abit of a trompe l’oeil going on there.

I highly recommend visiting the show if you’re in London. Most of the works are represented by my favourite galleries in Beijing: Galleria Continua, Long March Space, ShanghART and Tang Contemporary Art. Which reminds me I should get my top Beijing galleries recommendation list up.

This is just the tip of the iceberg as I only had 30 mins to see the show before the gallery closed.