Wired Blossoms and Electric Angels, by the electronic art collective Island 6 (Liu Dao) from Red Gate Gallery is now showing at The Opposite House, Beijing through 30 June 2012.

Wired Blossoms and Electric Angels, by the electronic art collective Island 6 (六岛) from Red Gate Gallery is now showing at The Opposite House, Beijing through 30 June 2012. Liu Dao unveils the softer side of technology in a new show that brings together the seemingly disparate elements of nature and technology. 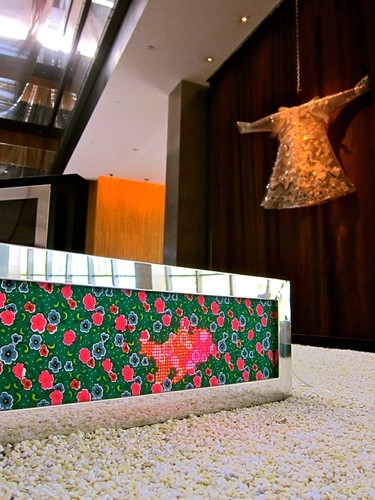 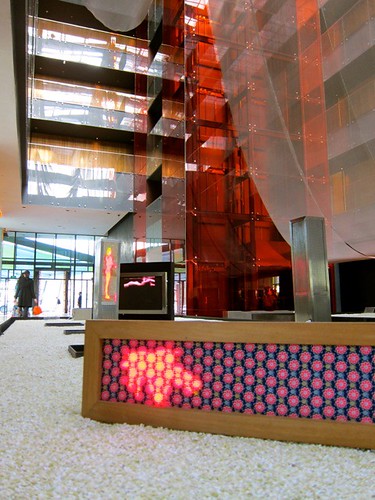 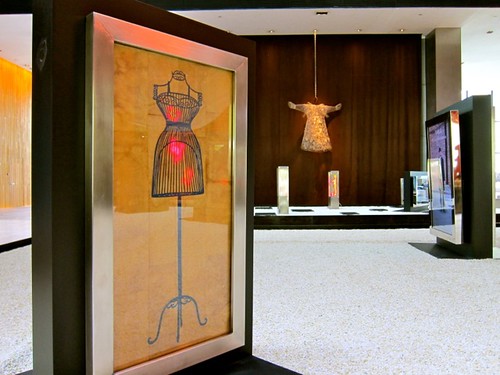 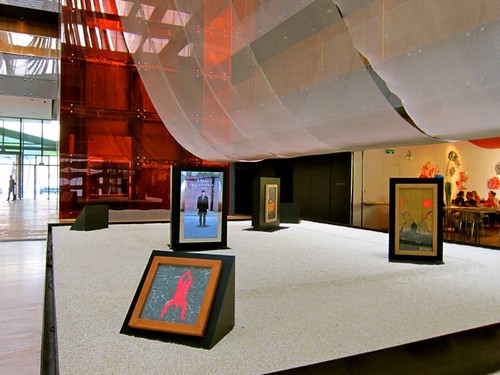 The showcase will celebrate the fusion of nature and technology; two elements that are often thought to be disconnected and sometimes at odds with each other. The meaning derived from their work – the benevolent gentleness of the natural world and the pulse and hum of modernity – is likened to individuals identifying the divine in earthly matters. Philosophically, Liu Dao sees technology as the composite of natural elements with electrons, protons, quarks, leptons and so on that occupies the tiny corners of physics.

Through animated LEDs and interactive video, Liu Dao’s work has been described by Red Gate’s Brian Wallace as “that of chasing the breeze that blows along electric cables, gazing upon the face of humanity in programmed diodes, and breathing the pollen-filled fragrance of spring in the electrified air.”

The show will include interactive works where guests can use their mobile phones to call a telephone number displayed on a monitor, which will in turn activate the digital work. At the end of the animation, the piece will send the guest a text message.

“We are delighted to have Island 6 show again at The Opposite House under the guidance of Red Gate Gallery. The opposing and contradictory themes will definitely bring another stimulating experience to our visitors,” says General Manager, Anthony Ross.

The Liu Dao exhibition is on through 30 June 2012 in the Atrium of The Opposite House, Beijing.