Young American – Iranian artist, Eric Parnes, captures the architectural details and the ephemera of a bygone era of the Iranian Embassy on 3005 Massachusetts Avenue, once famous for hosting A-list parties before the the fall of the Shah of Iran in 1979. Geraldine Lee reports from Dubai. 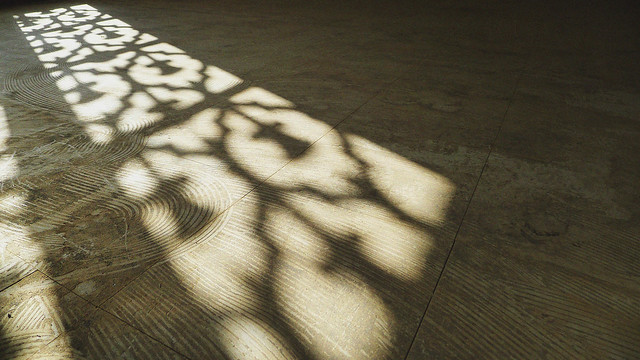 In its heyday, the Iranian Embassy on 3005 Massachusetts Avenue was famous for hosting A-list parties where the Dom Pérignon champagne and Beluga caviar flowed freely. In the shimmering high domed ballroom, lined with Isfahani-style mirrored mosaics and filled with artefacts in display cabinets, guests indulged in hedonistic pleasures and rubbed shoulders with the political and cultural glitterati the likes of Andy Warhol, Henry Kissinger, Elizabeth Taylor and Frank Sinatra; All drawn like moths to a flame by the opulence and extravagance of the soirees thrown by the suave, then-Ambassador to Iran, Ardeshir Zahedi.

The revelry was cut short in 1979 with the fall of the Shah of Iran and diplomatic ties with the United States were effectively severed with the ensuing hostage crisis in Tehran: The event forms the source of the Ben Affleck-helmed movie, Argo.

Since the shuttering of the embassy, the building has lain abandoned. And while Iran still owns the building, the government has no access to the premises. It is the State Department of the United States that provides security and maintenance for the site as the country is legally obliged by the Vienna Convention on Diplomatic Relations to protect diplomatic property; thus serving as custodian of the Iranian Embassy and providing the exhibition with its eponymous title.

The young American- Iranian artist, Eric Parnes, describes the experience of exploring and photographing the deserted embassy as akin to when Renaissance painters such as Michelangelo and Raphael lowered themselves down on ropes to marvel at Nero’s opulent underground palace, the Domus Aurea, in Rome when it was first discovered. “It felt like a time capsule, like I was entering a modern-day palatial tomb.”

His exhibition, Custodian of Vacancy: The Iranian Embassy in the USA now showing at Ayyam Gallery DIFC in Dubai features photos taken during his exploration. When asked how he managed to gain entry into the embassy grounds, Parnes, not wanting to reveal his source, cheekily replies, “On a magic Persian carpet!” 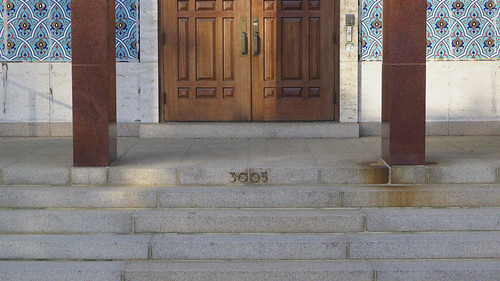 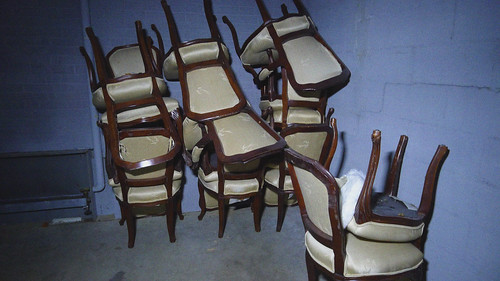 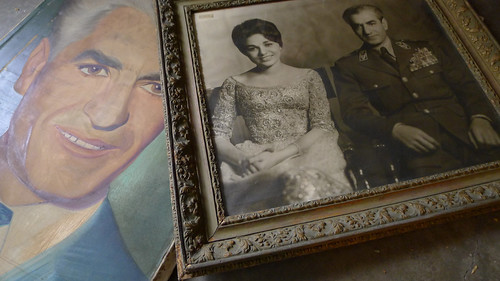 Conceptually, the grainy texture of the photos creates an ambience similar to surveillance cameras of the time, whose ubiquitous box-like presence can be seen all over the grounds of the embassy and lends an overall eerie, haunting quality to the images.

Parnes’s discerning eye captures architectural details and the ephemera of a bygone era. His photos of the interior of the embassy reveal discarded portraits of the Shah of Iran, rows of cabinets still filled with diplomatic documents and ballroom chairs stacked haphazardly in a corner as if in anticipation of another impending party. The calmness and silence exuded from these photos is almost deafening, accentuating the poignancy of what once was.

Parnes optimistically views the fact that despite its stripped down and shabby state, the embassy is still standing and as such may one day be restored and reopened if diplomatic relations between Iran and the United States were to resume. And this undeniably is a sentiment that resonates, for no matter how trying the times or dire the situation, we should never lose hope nor let optimism be extinguished.

Custodian of Vacancy: The Iranian Embassy in the USA will run until 30 January 2014 at Ayyam Gallery DIFC.

About the Artist
Born in the West with immediate family roots in Iran, Eric Parnes’ vision reflects one’s internal struggle to define identity and can be traced to early childhood experience. As a conceptual artist, the catharsis of creation has compelled him to examine and portray the perceived differences and similarities of the world in which he was born, as well as the echoes of the eras of my forefathers, allowing his concentration on crafting a series of works that revise and explore one’s understanding of ‘The Orient’.

The term Orientalism has been commonly described as the Occidental West’s long time attempt to depict the Middle East. Fantasy-driven concepts and themes, often idealized or romanticized, provided for a continuous melding of these cultures, producing imagery that continues to affect our perception today. Reaching far beyond the borders of the United States and the Middle East, Parnes’ art assesses the modern, the mystic, and the visceral reality of a “Neo-OrientalistTM.”

Today, the delineations between the East and West are increasingly blurred, with the cardinal points both exporting and interpreting their respective societies. As an artist seeking to define Neo- OrientalismTM, Parnes’ work continues to explore this intriguing correlation and contribute to the intersection of culture and modern identity.

About Ayyam Gallery
Founded by collectors and cousins Khaled and Hisham Samawi in Damascus in 2006, Ayyam Gallery sought to nurture Syria’s burgeoning and dynamic contemporary art scene through landmark non-profit initiatives such as the Shabab Ayyam Project, an incubator for emerging artists. Expansion into Beirut and Dubai enabled Ayyam Gallery to broaden its scope from the promotion of work by Syrian artists to those from the wider Middle East region. In doing so, Ayyam Gallery has established itself as one of the foremost exponents of Middle Eastern contemporary art to the international community.

Today, Ayyam Gallery is recognised as a leading cultural voice in the region, representing a roster of Arab and Iranian artists with an international profile and museum presence. A number of non-commercial exhibitions, as well as the launch of Ayyam Publishing, Ayyam Editions, and The Young Collectors Auction, have further succeeded in showcasing the work of Middle Eastern artists with the aim of educating a wider audience about the art of this significant region. Ayyam Gallery Damascus currently functions as a studio and creative haven for artists who remain in the war-torn city. In early 2013, Ayyam Gallery launched new spaces in London and Jeddah.