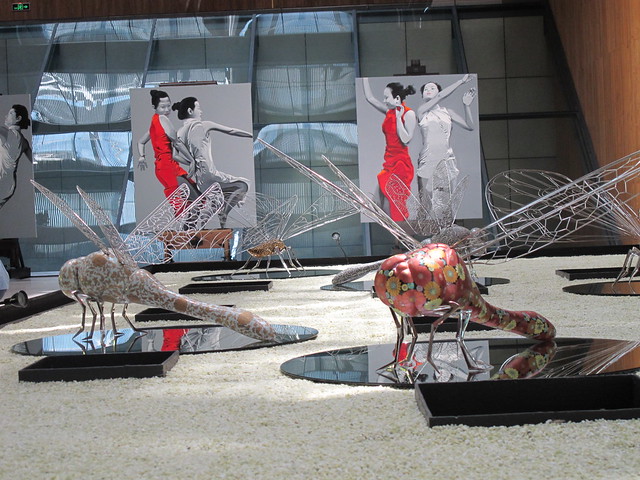 , including a crystal-like sparkly scorpion, new dragonflies and newly created butterflies. The butterflies were originally commissioned for a permanent installation at MTR Tai Wai Station in Hong Kong as a part of the “Art in Station Architecture” (AiSA) program. Another element of the exhibition is a large-scale ceramics and stainless steel skull entitled “Repair” from 2008. This piece stands in obvious stark contrast to the almost romantic and fairy tale like insects, yet it perfectly blends into the scene with its delicate structure. 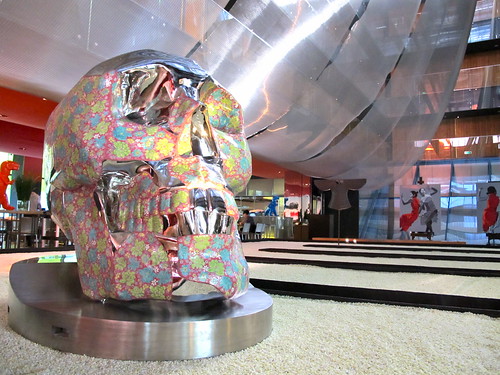 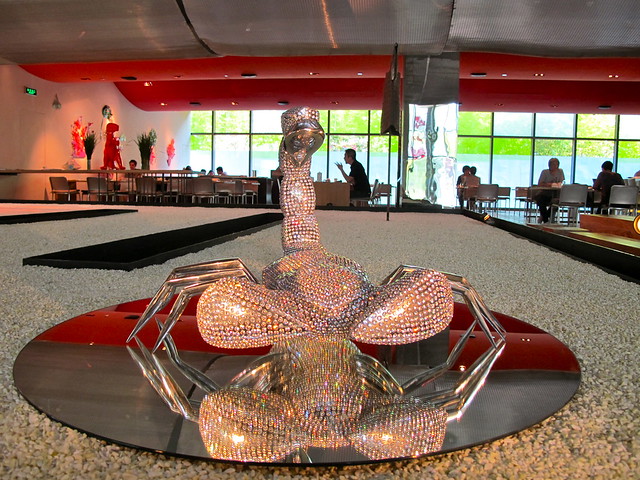 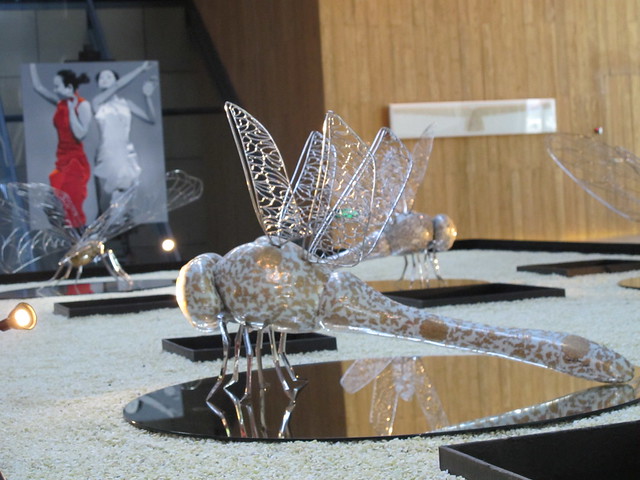 “My insects, to some extent, mean that I regard my childhood with fondness and that I have great expectations for the future” says Feng Shu about his work.

The young artist employs both traditional Chinese ceramic art and modern industries as a tool and inspiration for his work. The former represents the royal class’ ideology, which is still influential to the contemporary Chinese aesthetic, while the latter, influenced by artistic movements in Japan and North America, speaks of humanity.

The detailed and refined painted surfaces of Feng Shu’s pieces combined with steel limbs, give a science fiction like impression. Surfaces of the objects are hand painted in pastel floral patterns, abstract geometric triangles or contemporary irregular blobs.

In Feng Shu’s conception, the mix of painted ceramic bodies and chrome appendages came to him with the idea of flight—the notion that when everything is new, “It is easy to fly away” and to reinvent one-self.

The Beijing based artist was born in 1981 and earned his Bachelor and Masters of Fine Art degree from the Central Academy of Fine Arts in Beijing in 2005 and 2009 respectively.

Feng’s work is also in many public and private collections in China, Europe, USA and Mexico, among others.

****
The “Touch Point” Series paintings in the background are by artist Jin Yu based in Songzhuang artist village. 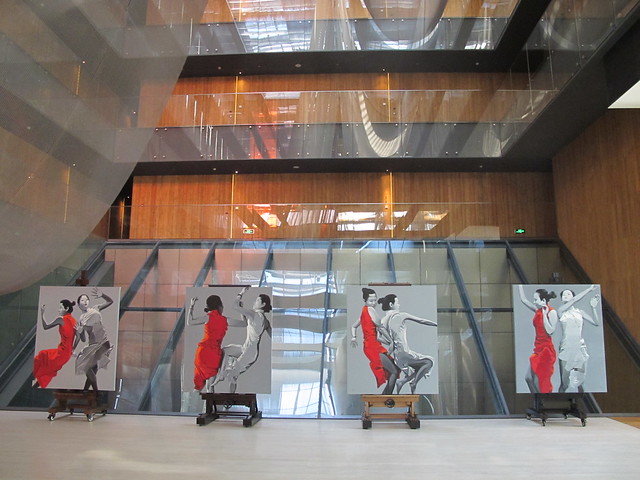