Whenever I am asked about Australia's artistic and cultural engagement with Asia – which is admittedly not very often at all, but when I do get asked… – the conversation often leads to mention of organizations like 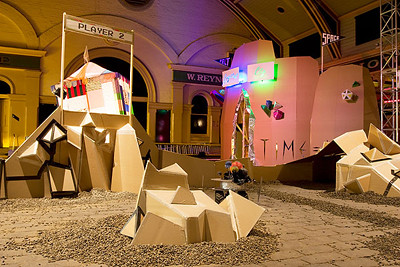 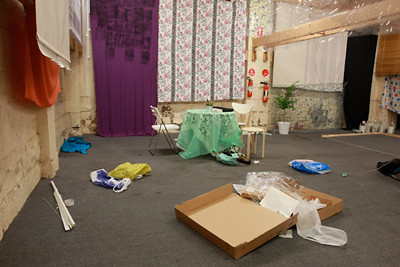 ARIs Six_a Inc (top) and  Y3K’s project (below) in Structural Integrity, a Melbourne-residency project of the 2010 Next Wave Festival. Photos taken by Shea Bresnehan.

The project evolved from the 2010 Next Wave Festival’s keynote program Structural Integrity involving 11 Australian and international Artist Run Initiatives. In its second phase, Invisible Structures, three Australian artist collectives take on separate residencies across Asia. Y3K from Fitzroy, Melbourne is currently based in Art Center Ongoing, Tokyo; Brisbane’s Boxcopy Contemporary Art Space in Post Museum, Singapore and Six_a. Inc. from Hobart will be teaming up with House of Natural Fiber in Yogyakarta in May 2011.

While Christopher L G Hill of Y3K has just completed his residency in Tokyo (find out more about his installations here!), Boxcopy Contemporary Art Space will begin their courier service project, The Knowledge, around Singapore today. By providing free deliveries around Singapore by foot, bike and public transport, Boxcopy artists (Channon Goodwin, Joseph Breikers, Timothy Kerr, Daniel McKewen, Raymonde Rajkowski, Tim Woodward) will attempt to acquire a deep knowledge of Singapore’s city plan, her pockets of communities, landmarks and people. So if you’re in Singapore and have ideas for some unconventional delivery services you may place an order in person at Post Museum, online at http://bpcos.tumblr.com or by calling +65 93356219.

The two ARIs that are having their residencies now have been keeping documentations of their experiences online and it has been interesting to see how the various cultural-exchange projects took on unexpected directions. There is a great sense that these exchanges are not purely directed at establishing reputations or, as Robyn Archer put it, “simply touring our product there or importing theirs here”, but about eliminating the geographical isolation of artists and creating authentic relationships beyond borders.