Graffiti street writer/artist, KONGO is in Singapore for the launch of KONGO X HERMÈS Silk Scarves for the Autumn/Winter 2011 collection. Catch the superstar at the new Scotts Square at 8 Scotts Road. 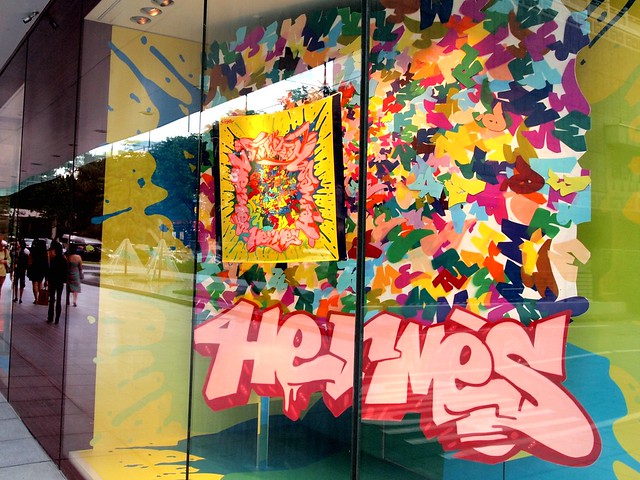 Whoever can ever imagine that street art can ever be part of a luxury brand’s artwork on one of their fashion accessories. Only French luxury brand Hermès has the vision to spot the talent of graffiti writer street artist KONGO to teamed up to produce several silk scarves based around his signature style.

A couple of years back while KONGO was working on a graffiti writing on the streets of Lan Kwai Fong in Hong Kong, he was approached by a passerby who requested a design of a cap for his son. The down-to-earth and very humble artist took on the request and later found out that the person who commissioned him was a director of Hermès Hong Kong/Macua. KONGO was later invited to create a design for Hermes silk scarfs. And after 3 years of working side by side in the studio in Paris, the KONGO X HERMES SILK SCRAVES was launched as part of Hermès’ Autumn/Winter 2011 collection. 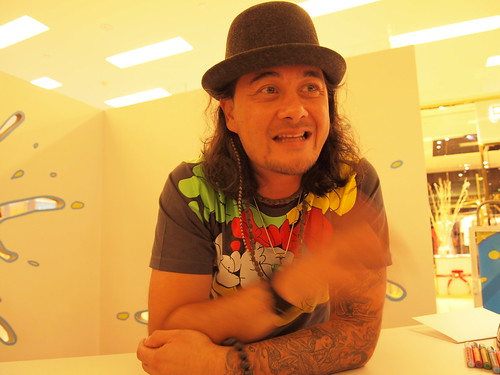 Born as Cyril Phan, the 42 year old artist came from a humble background. A French Vietnamese, he was once a Vietnamese refugee when he was 6 years old. After that he moved to France to live with his grandparents and in his teens he have been traveling to various countries, like Africa where he learnt hip-hop dance and got his stage name, KONGO.

The self taught artist believes in self expression and speaking up for the people, thus graffiti was the best form of art to send the message to the mass. However, tagging and “bombing” was not readily accepted and was considered as a form of vandalism in the mid 80s thus KONGO got into some trouble with the authorities. However, through the years, graffiti art and writing became a form of community street art and authorities have seen the positive side and start to cooperate with the artists to create their art.

At the launch of the KONGO X HERMÈS SILK SCRAVES for the Autumn/Winter 2011 collection at the new Scotts Square at Scotts Road. KONGO graced the occasion and was happily autographing HERMÈS silks scarves and designing personal TAGS for his fans. The artist have been traveling to Barcelona and Hong Kong for the launch and Singapore is the last destination for 2011. 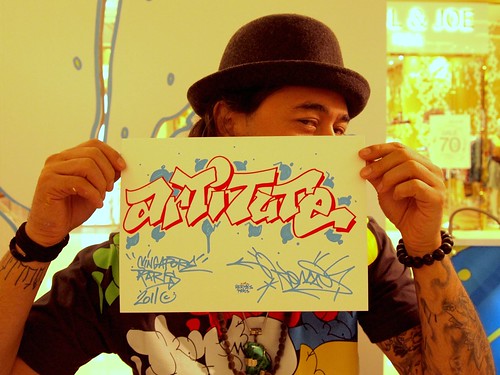 ARTITUTE’s prized TAG from the superstar
in our signature Pink and Blue!

Feature an all-over signature tag of the artist, the scarves are now available at HERMÈS retail locations across the world. Part of the proceeds will go towards the KONGO’s non-profit graffiti collective Kosmopolis, which support young artists.

The chance to be upfront and personal with the superstar graffiti street artist is only available till 6pm this Sunday, 11th December at Scotts Square’s Atrium, 8 Scotts Road. You can also get a chance to wear one of KONGO X HERMÈS SILK SCRAVES and pose for a photo in a graffiti booth designed by the artist. 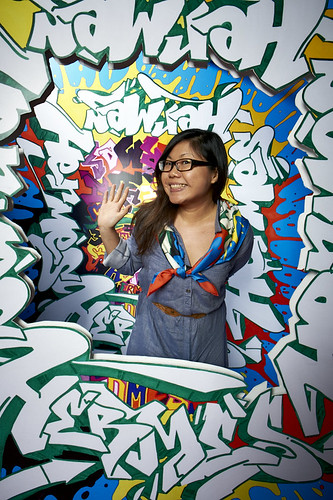 ARTITUTE taking at shot at the photobooth