This year’s Lit Up indie arts festival at Aliwal Arts Centre will be a showcase of multi-genre works from some of Singapore’s breakthrough artists. Participating artists from various disciplines such as visual arts, movement/theatre, music and the spoken word – including Gerald Leow, Joel Tan, Sharda Harrison, Mantravine and Nabilah Husna – will present creative work responding the theme of Progression. The festival is in its fifth year, and will feature workshops in Lettering, Flash Fiction, Lomography and Improv Comedy.

What interests us most, is that the boundaries of different art forms have been blurred and explored: Collaborations between visual artists, poets, musicians, performers, sound artists, spoken word artists and theatre will form the spirit of the festival. “Lit Up continues to be a festival grounded by the literary arts. Yet, its independent and multidisciplinary nature allows it to be inclusive and accessible, and gives it strong regional collaboration potential,” said Marc Nair, organiser of the Lit Up festivals, (also well known as a s poet, photographer and Artistic Director at Word Forward). 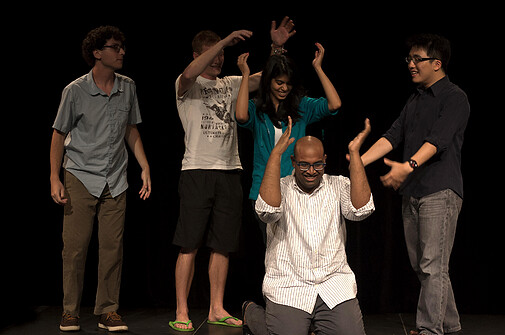 To give us some insight into the process of collaboration between two creatives, we spoke to featured artist Vanessa Ban about her collaboration with Tan Peiling to create ‘Lands of Progression’ which will debut at Lit Up. Their work is part of Tête-à-tête, curated by Joleen Loh – a cross-disciplinary segment of Lit Up’s Visual Arts program. The segment comprises a series of collaborations between three pairs of artists, who primarily work in different mediums.

Nicola Anthony: Vanessa, can you give us a little preview and introduction into what you and Peiling will be showcasing?

Vanessa Ban: ‘Lands of Progression’ was derived from the frequency in which national progression is used to justify economic-driven interests and coordinate collaboration for expansionist efforts. A dated computer produces a continuous data sheet of lands around the world under territorial dispute. The dot matrix printer, often used for printing financial transactions, suggests a lust for material success and power underlying these efforts rather than meaningful non-economic progress. Examining territorial claims that often occur simultaneously with social unrest and military interventions, the work seeks to explore the disjuncture in notions of national progress when its definition moves beyond theoretical discussions.

Nicola: What do you think Natural progression has come to mean in Singapore to many? What should it mean?

Vanessa: In the context of Singapore, issues of progression (at this point of time) would most commonly refer to political and demographic issues — people (and artists) naturally reflect on the current time and surroundings that they live in.

Nicola: Are there particular events or motivations that led you to create this piece?

Vanessa: We were more interested in a holistic approach to the idea of progression and didn’t particularly want to focus on current issues in Singapore per se, as we felt that it could produce a very predictable piece of work.

Nicola: How did you find the process of collaborating – did you both have different skills or ideas to bring to the work? And has it resulted in something very different from your usual practices?

Vanessa: We shared a similar aesthetic which helped the work take place very naturally. I would say the final result is a harmonious combination of our practice as artists.

Nicola: We love the idea of the live dot-matrix printer, it seems wonderfully vintage but also routed in the now, giving a very contrary ‘stream’ to that of a twitter stream or an rss feed for example. The printer is obviously an intentional and very specific reference of the piece, how did you source the printer and what led you to use it?

Vanessa: The dot matrix printer’s ability to print continuously provided a contextual platform that we could work on. The context of it becomes interpretable by each individual — for example, the work led you to relate to the idea of a twitter stream/rss feed. I feel the element of live data printing also provides another context that the viewer can take away from the work. 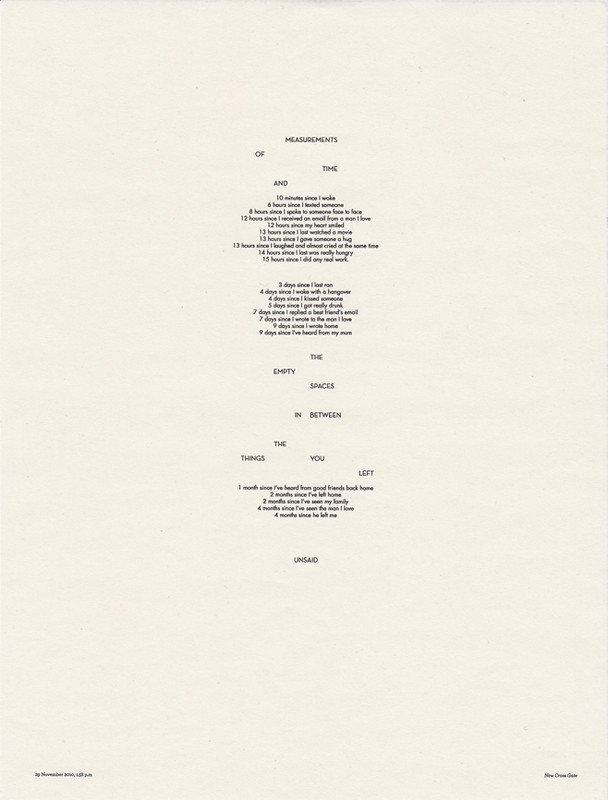 Nicola: Your work often uses text, for example your Concrete Intimacy series, which has a very literary and book-like or even typewritten feel to it. You have also created artworks about like Hyperreal Internet, which attempts to show us a glimpse of the psychological effects and motivators within the html code of the social media websites. Tell us more about why you use these text structures in your work. Do you find they have multiple layers of meaning?

Vanessa: I see myself more as a visual facilitator and would rather leave it to the viewer to take their own interpretation away from my work. It’s very interesting what people interpret — sometimes they take something away that wouldn’t otherwise have occurred to me. I present my interpretation, which then opens up more avenues for interpretation and dialogue, which is important to my practice.

Nicola: Is the fact that this piece includes movement (i.e. the live-printing data sheet) a new element for you both? How do you hope the audience will react or interact with the movement and the ability to read a live stream?

Vanessa: I think the piece took its own organic visual and audible form almost quite naturally. The audience is welcome to tear the sheets off for themselves, if they wish to take a piece of our work back with them.

Nicola: Thanks very much for taking the time to give our readers insight – we encourage them to visit the work itself this weekend at Lit Up. 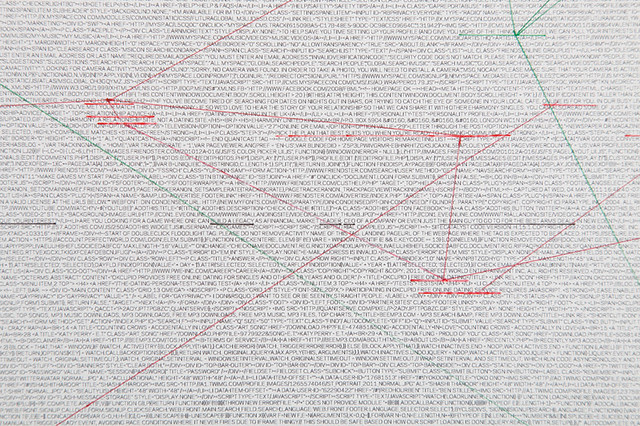 If you would like to see more work from these artists and many more, Lit Up is the place to be this weekend. Another fine demonstration of the collaborative force is “She Walks Like a Free Country”, a spoken word performance that brings together seven performance poets from Singapore and Kuala Lumpur. From birth rates to migration to feminine identity, the poets will bring to light a collection of introspective, observational and amusing spoken word pieces through solo, duet and group pieces. The troupe will collectively explore the themes of objectification, colonialism and socialisation evolving in today’s post-modern social melange.

Ticket prices for certain performances and workshops range from zero to $20. There is no festival entry fee. 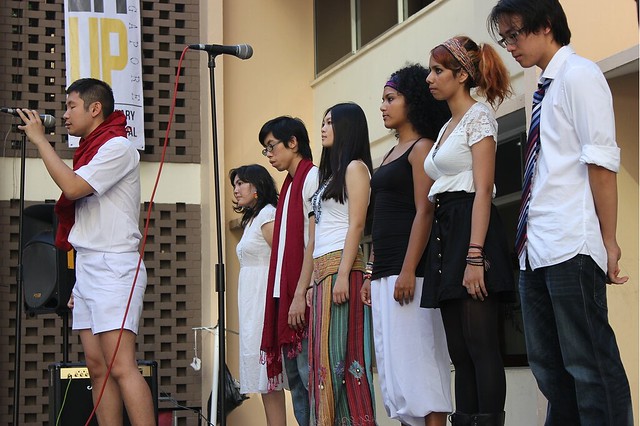