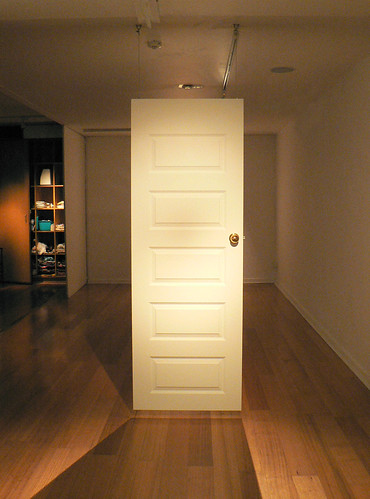 Not far beyond the glass doors of George Paton Gallery is another wooden white door suspended from the ceiling. It is part of the ongoing exhibition, Silent Dialogue, showcasing the collaborative works of dimple… and

Jessica Emily Price. Working through installation, still life, handiwork, and video, the artists seek to address and question at the same time the existing social and cultural construction of women and feminist ideologies.

The floating household door marks the entrance into a domesticated space separate from the conventional modes of display within a gallery space. Viewers are physically brought into a gendered, domestic space created through household objects that fill the gallery. These include a dining table, a shelf containing tapestries and other sewing paraphernalia, an antique chair and a sewing machine amongst other objects. This engagement with the domestic home is both an investigation of spatial relations and metaphors of female identity. Through playing with the multiple signifiers entrenched in their domestic aesthetic, the artists create a challenging and intimate dialogue between the traditional assumptions of the role of women at home and contemporary notions of what it means to be a woman.

Identity is also a big part to an exhibition like Silent Dialogue. Not only did the artists present the female domains within the domestic, the space is also a personal one. Just after the floating door are two handiwork portraits of the artists on stitch hoops hung above a wall table that establishes their presence within the space. Moreover, Price tells me that the wooden door not only formalizes the creation of a domestic realm but it also ties into their shared experiences of growing up in a faux Victorian architectural landscape. If land and architecture was once an earlier generation’s representation and quest for the Self as postulated by French philosopher Gaston Bachelard in his book Poetics of Space, it can be seen in the suspended door as merely a surface and an exterior – a sculptural object of heritage that metaphorically explores displacement within a post-colonial context – but, more importantly, one that extends beyond it to show viewers the deeper constructions of identity that can be found in the interiority of the gendered domestic sphere.

Their exhibition also features two video works that show the artists combing their hair, and in another, cutting and serving home-made cake. Here, they seem to explore the ritualistic aspects of female activities that occur, or might occur, within the home, as well as the intimate relationships and bond between women.

You might wonder how an exhibition of ready-made objects or recorded household activities like Silent Dialogue might differ from similar items and occurrences in the context of your own home. One of the significant differences is that these objects become charged with new meaning when they are stripped of their utilitarian function and viewed as part of an entirety of connected objects. The ways in which we experience the poetics of space is highly subjective, and this collaboration of dimple… and Jessica Emily Price brings us into an intimate, gendered sphere that invites each viewer into a personal dialogue with their works.

Silent Dialogue is on display at the George Paton Gallery in Melbourne from 6 to 16 October 2010. 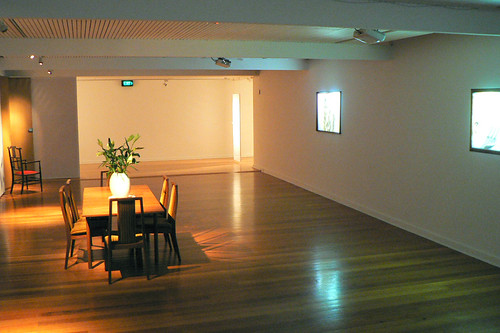 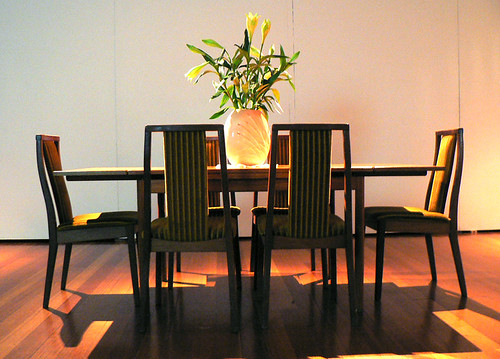 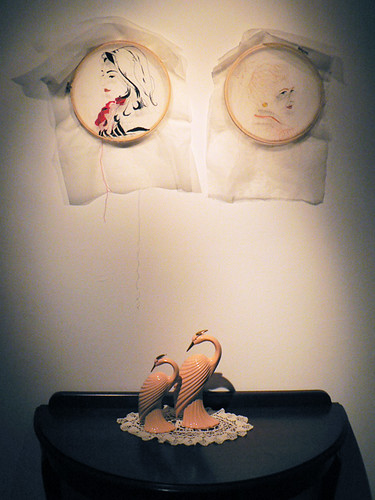 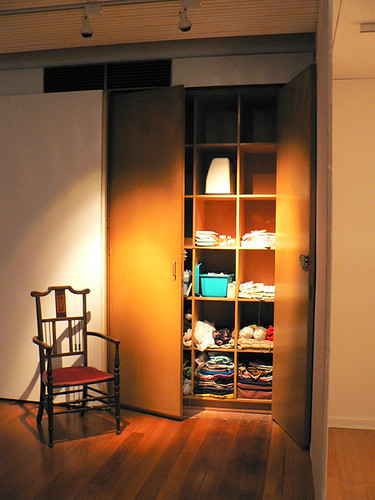 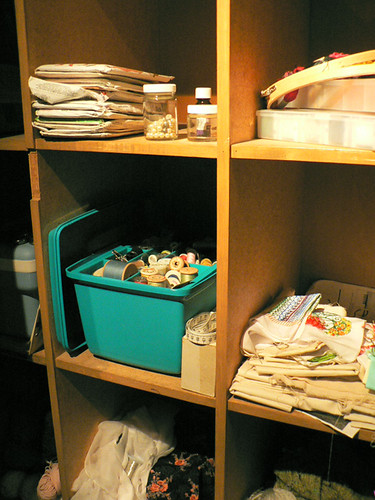 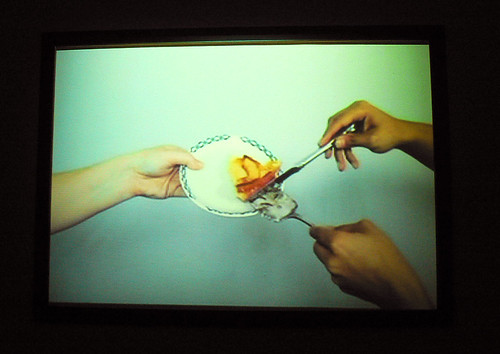 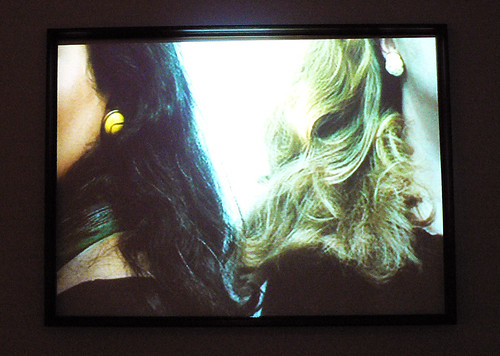