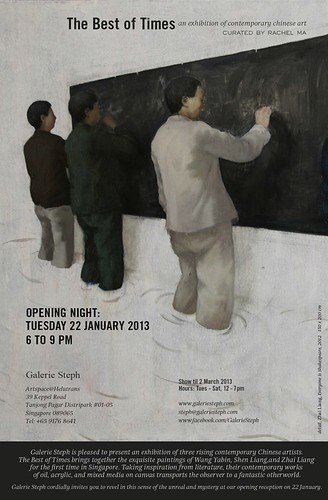 The Best of Times, presented by Galerie Steph, curated by Rachel Ma, showcased three rising contemporary Chinese artists. This is the first group exhibition by Wang Yabin, Shen Liang and Zhai Liang in Singapore.The exhibition will provide both collectors and casual observers a glimpse into important Chinese contemporary artists and an opportunity to add to collections.Significant pieces by Wang Yabin and Shen Liang – both established and prolific artists – will be featured alongside those of Zhai Liang, an emerging artist with precocious talent and a growing collector base.Wang Yabin takes inspiration from the long tradition of Chinese literature as the subject of his paintings. His calm yet harsh brushstrokes gives these narrations a dreamy texture, transporting us to a dark chimeric world associated with the fantastic and bizarre. 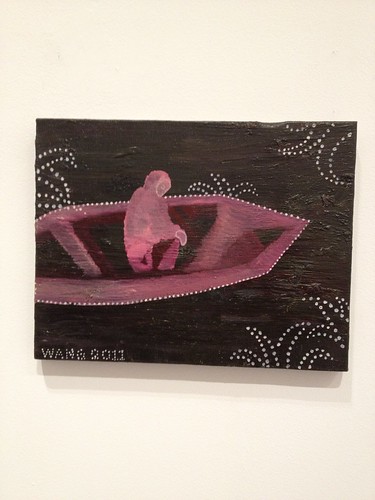 Shen Liang, on the other hand, leafs through old photographs and pulp propaganda that he laboriously collects and deftly transforms into high art. He uses these old imageries not to stir nostalgia but to reinterpret the past into a dynamic present. 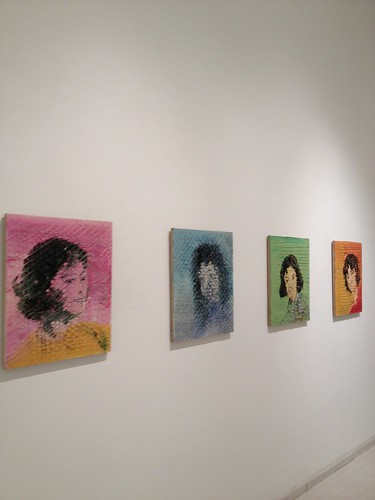 Zhai Liang, though young and emerging, captures a sense of the unreal and mystery exquisitely. He often portrays his human figures with blurred features, their backs facing the viewer, or sometimes even without faces. These ghostly anonymous figures traverse the expansive landscape of his canvas and portray the alienation of living in a rapidly changing cityscape while inviting the contemporary viewer to identify with them. 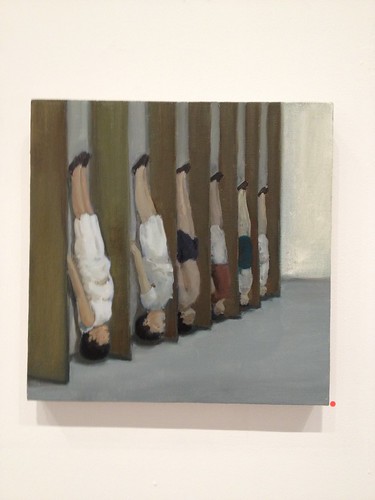 Collectively, their works capture the essence of China as a megalopolis – a place full of paradoxes, where both the clashing and harmonising of established traditions and technological progress create a new experience of what is Chinese culture in our time.Their works have been widely exhibited in museums and galleries across China, and are represented in venues around the globe including New York, Madrid, Berlin and now Singapore. Galerie Steph is pleased to feature them here.