Hong Zhu An’s latest solo exhibition at The Private Museum presents a visual explanation of the concept of the limitless void. Exhibition till till 29 September.

In the ancient Chinese Book of Changes known as the I-Ching, all existence stems from Wuji or a void. The void is limitless or boundless and cannot be described as it is neither physical nor non physical, good nor bad. Depicted as a circle drawn with a single stroke it encapsulates all that is unknown before the universe began. Wuji gives birth to Taiji (or existence) which in turn leads to the twin energies of Yin and Yang through whose interaction all matter in the universe is formed. 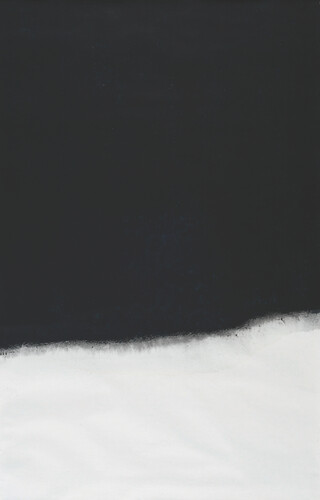 If this sounds too confusing, then pop into Hong Zhu An’s latest solo exhibition at The Private Museum to gain a visual explanation of the concepts. Titled The Limitless Void, the exhibition features a selection of 13 paintings inspired by the concepts of Wuji, Taiji and Yin and Yang. 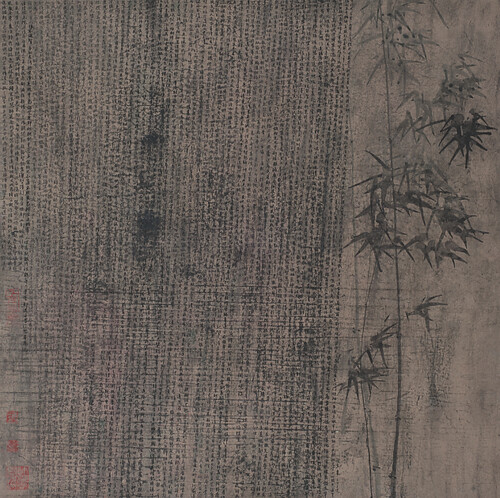 Hong who is a Singaporean artist began his artistic journey in China where he learnt traditional Chinese painting and calligraphy at the Shanghai Art and Craft Institute. He moved to Australia in the late 80s where he practised as an artist for several years before moving to Singapore in 1993 where he is now settled. He has trained in Western painting and his works takes inspiration from Aboriginal art as well. His works balance the East and West, traditional and contemporary and are an expression of the cumulative culture that he is a product of. 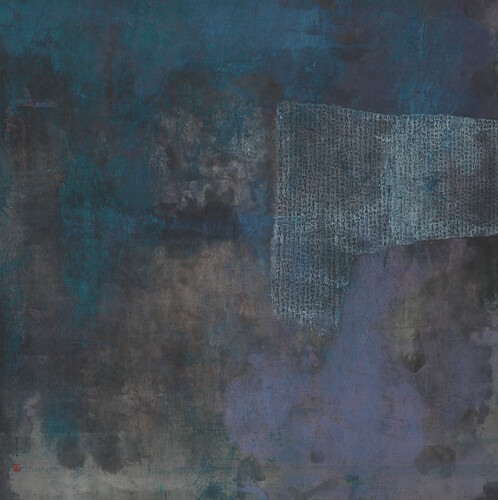 Predominantly black & white, the works in this exhibition return to Hong’s original source of inspiration through the use of Chinese calligraphy and ink. With titles like Confidant and Drifting Thoughts, they invoke a sense of peace and calm and bring the viewer a step closer towards a meditative state of mind. The text that runs down many of the paintings like a gentle rain are Hong’s personal thoughts derived from ancient Chinese classical texts and literature. They are not meant to be read or understood but act as a part of the pictorial composition of the paintings. Hong also re-introduces the Chinese seal in this series of works- something that he has avoided in the past as he tried to break free of his traditional training. Hong’s use of colour is remarkable as he layers them in his paintings to build up the richness of black. What seems like monochromatic at first glance has actually several layers behind it, encouraging the viewer to look deeper and find more than what is apparent.

The entire body of works through their form, colour and composition invokes a meditative state of mind which is calming and peaceful. The Limitless Void runs at The Private Museum till 29 September, 2013.

1 Comment on The Limitless Void at The Private Museum