in.ViSiBLE is a performance project that looks at the lives of People Living with HIV in Singapore and the silence surrounding their everyday experiences. – Yen Phang finds out more from the artist.

This is not a record of an interview. What was initially planned as a short 15-to-20-minute Q&A session about Ming Poon’s upcoming show “(un)it: HD85828 | in.ViSiBLE” at the Substation Theatre, was quickly displaced by a free-for-all conversation (sans note-taking at the request of the artist) which easily ran for five times as long.

I could tell you what this piece is about – that in.ViSiBLE is a performance project that looks at the lives of People Living with HIV in Singapore and the silence surrounding their everyday experiences.

I could share information about the process – that in.ViSiBLE is the end result of a 5-phase project, and a culmination of interviews over the span of 2 years with 12 different subjects, ages ranging from late teens to early fifties, who have been living with HIV anywhere between 2 to 10 years. 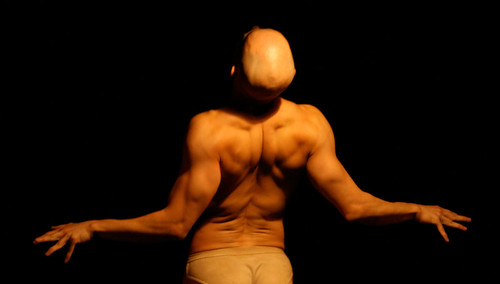 However, it would be too convenient a descriptive shorthand to reduce in.ViSiBLE down to being merely an “exploration of the collective anonymity of people living with HIV”. From our chat, it became clear that HIV (and its impact on the lives of its carriers) was merely a springboard from which to examine the culture of echoing silence that pervades Singapore’s society when dealing with taboo topics, from sexuality to mental illness.

Only a few minutes into our conversation, it was immediately evident that Ming Poon’s artistic and research goals went well beyond mere data gathering and issue analysis. This could be attributed to his unwavering insistence on avoiding pre-assigned roles that commonly dictate the boundaries of human interaction, and in this particular context, shying away from easy classifications such as “dancer”, “subject”, “interviewer”, “interviewee”, “artist”, or “journalist”. When one converses with Ming Poon, the relationship is as open and simple as a mutual acknowledgement of each other’s shared humanity by sheer existence.

When placed in such a situation, a writer (such as myself in that particular instant) is unable to hide behind his/her physical instruments (be it a notepad or some other recording equipment) or pre-set interview questions. Instead, Ming demands as much as from one’s personal engagement as he gives. And he gives a lot – sharing candidly about his personal background (being in a previous relationship with a HIV-positive partner), his own HIV-negative status, his expectations for this project and openness to failure – in a captivating mix of utter sincerity and curiosity that is bouyed by charm and wit. And if this provides any indication of what audiences of in.ViSiBLE can look forward to, then it promises to be a heart-in-chest type of experience, with audience members (capped at 40 people max) tightly strapped into an emotional roller-coaster on each performance night at the Substation Theatre. 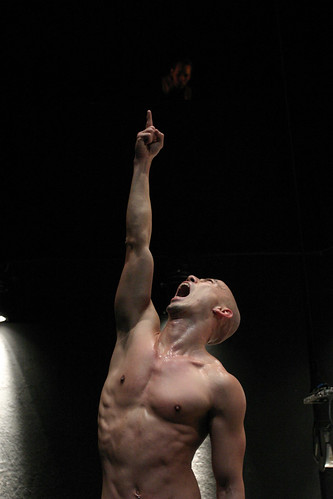 Pitched as a “performance/installation/experiment”, neither Ming Poon nor the publicity material for in.ViSiBLE give much away about the eventual presentation and aesthetic of the piece. “No spoilers”, the artist reminds me during our conversation. After all, how does one perform the invisible? What soundtrack could ever be composed to convey silence, without itself being silent?

What the artist promises instead is that audience members will be confronted and engaged the moment they walk through the doors of The Substation Theatre. How this will manifest on performance nights remains a mystery to this writer, but the suspense is enough to fuel anticipation for in.ViSiBLE. This will be neither a passive viewing experience nor plain consumption of a performance, but rather the (perhaps unconscious) co-manifestation of the final result by the artist, his interview subjects, and the audience.

in.ViSiBLE is about people living with HIV, but it is not meant to be an awareness-raising effort or an education campaign about the issue per se. When all to sloganism and politicking surrounding this topic gets stripped away, what is left is human experience laid bare, and human interaction at its most naked. This write-up is not a straightforward record of an interview, but merely the beginning of a dialogue and thought process about how to deal our own complicity in creating a shroud of invisibility over HIV.

Born and trained in Singapore, Ming Poon he has been based in Europe since 1993. Companies and choreographers he has worked with include Balletto di Napoli (Italy), Introdans (The Netherlands), Ballett Hagen (Germany), Ballett Schindowski (Germany), Compagnie Thor (Belgium), Lanonima Imperial (Spain), Unterwegs Theater (Germany), Compagnia Zappalà Danza (Italy), Emio Greco & P.C. Scholten (The Netherlands), among others. He has been assistant to the Compagnia Zappalà Danza since 2005.

The recent years have seen several collaborations with Singaporean companies and theaters such as The Arts Fission Company (2007), The Arts House (2008) and The Theater Practice (2009).