The 30 finalists of the 2011 Sovereign Asian Art Prize of very diverse themes and styles are on display in Hong Kong, 6 of which are by Singaporean artists. Their works range from the historically linked "An Exile Revisits the City" by Green Zeng, Reuben Pang's existential piece titled "Across The Universe" to nostalgia in Zhao Renhui's "Changi Singapore, Possibly 1970s, From the series as we walk on water." 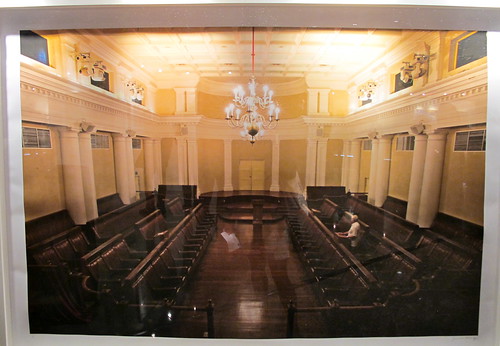 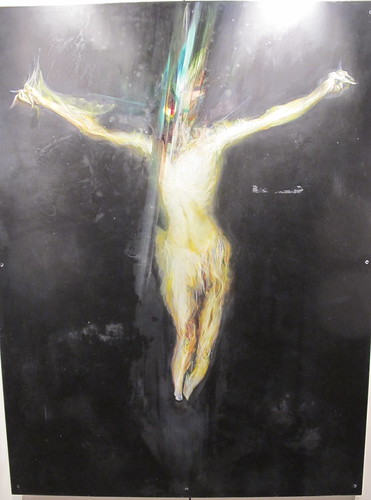 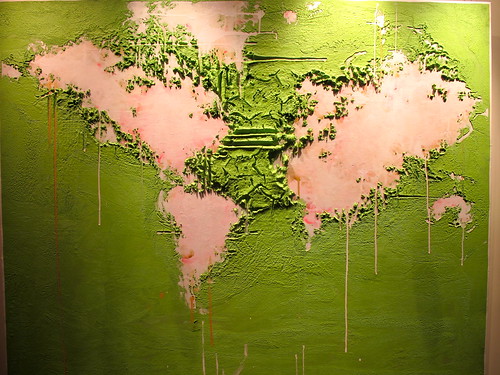 Unlike the other art pieces submitted by their Japanese and Korean counterparts, the Singaporean works somewhat lacked identity and substance, which neither solicited a reaction or conversation. It was one of those gloss over pieces that did not engage—a vital part of what good art is meant to do, to provoke thoughts and reactions whether good or bad. Not only did they not engage, they alienated which resulted in many people walking past the pieces without bothering to pause for a thought save Joo Kiat’s geographically incorrect world map that left me and a few viewer puzzled, missing the conceptual point (if any) entirely. Apart from the piece done entirely in green, it unfortunately did not convey any sense of “Making Greener Pasture, Magical Economics, Melting Land”.

Zhao was born in 1983 and his painting of Changi in the 1970s and the people’s hypothetical reaction to the land reclamation and new shoreline while gives one a sense of calm and serenity,lacks depth.

The only piece that stood out and provoked conversation with fellow viewers was Lim Shing Ee’s windscape that is poignant yet whimsical. However, this Singaporean’s entry comes in from Japan where she has been residing the last decade.

Along side the Korean, Japanese and Lebanon submission, the Singaporeans’ works were lacking the element of engagement that comes with bold and sometimes controversial pieces. These entries were, if I may be perfectly honest, conservative and bland.

View all 30 entires and vote for your favourite piece here