Korean-American artist, Timothy Hyunsoo Lee (b. 1990), was presented in a solo show by Sabrina Amrani Gallery during the recent 2015 Art Stage Singapore.

Each year the marquee names of the art world throng Art Stage Singapore: Fernando Botero, Andy Warhol, Damien Hirst, Ai Wei Wei. Some galleries however bank on young emerging artists who have no less a surfeit of talent.

One such gem is Timothy Hyunsoo Lee (b. 1990), presented in a solo show by Sabrina Amrani Gallery. Lee’s delicate and evocative compositions belie the intense and obsessive labour devoted to their realisation. Lee, who is Korean-American, explores the themes of social stigma, identity, psychological disorders, spirituality and religion. He is aided by his own history of anxiety disorders; channelling his compulsions into each of his works. Incidentally, the titles to some of his works are taken from indexes in the Diagnostic Statistical Manual of Mental Disorders: 301.4 for example relates to an Obsessive-Compulsive Personality Disorder. 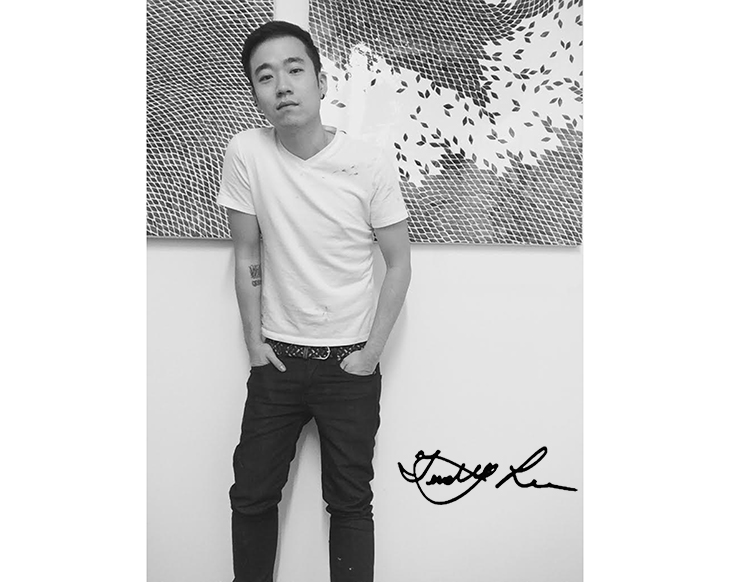 Lee’s repetitive process calls to mind the similarly all-consuming style of Yayoi Kusama who also battles her mental demons through her art. In Lee’s snakeskin-like scales, the shedding of which recalls rebirth and transformation, we observe his release through art. These scales; the building blocks of Lee’s compositions, appear to writhe and pulsate with life. The densely patterned and throbbing lines evoke the repeating rhythm of rippling waves. It is a hypnotic and surprisingly calming and peaceful experience. Through exciting visual emotions, Lee’s art titillates. His creations make a powerful impact causing an emotional resonance, a sense of meaning and beauty that the real world rarely produces.

Lee relates his method to mind-mapping: A cartographic journey through the topography of the mind. Falling into a meditative state, he describes his approach as akin to a trance. He works in a stream of consciousness, connecting to a world of sensation and tapping into visceral inner feelings. Whilst immersed in this world and working in long sessions that on one occasion lasted up to 29 hours, he sometimes observes bursts of colour comparable to bioluminescence. Focussing only on the work at hand, Lee in effect transcends his physicality through the ritualised application of watercolour in cell-like marks of varying size, colour and intensity. 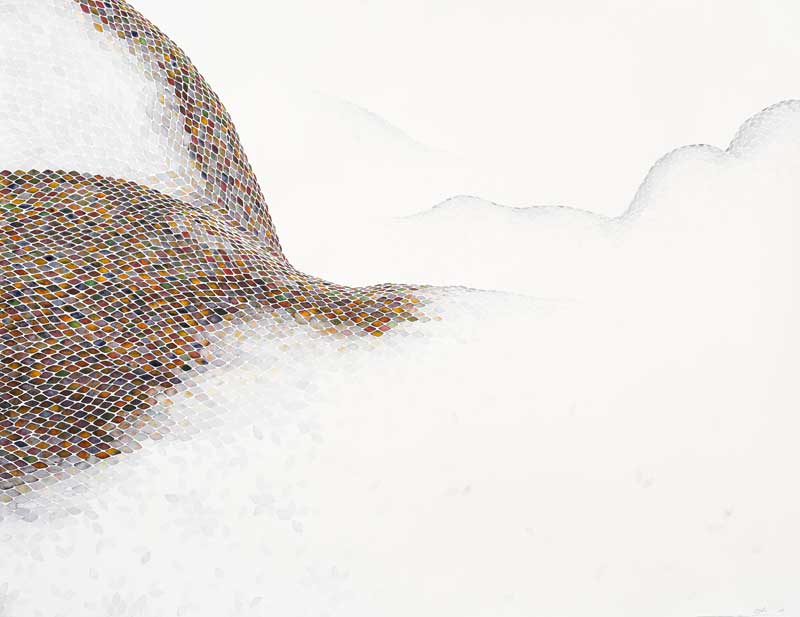 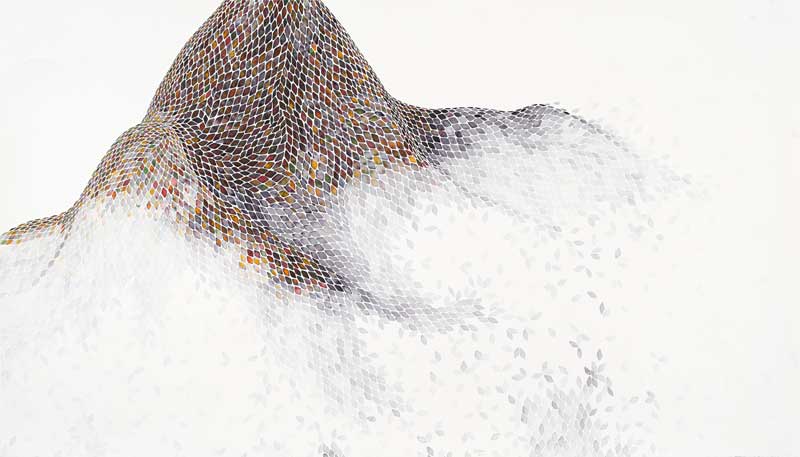 For Lee, the instability and multifarious interactions of watercolour hold an appeal as duality exists in the medium; order within disorder. Watercolour resists his efforts at control and every piece is distinct, the nuances and textures a surprise depending on factors such as the temperature and humidity of the room he works in. He relishes the challenge of his oeuvre.

The organic quality in his most recent watercolours from the 2014 series ‘Impressions’, Composition I and Composition II, with their variegated surfaces appear to contort, ripe for mitosis or meiosis. Lee has thus engaged with his struggle for control and constant growth. 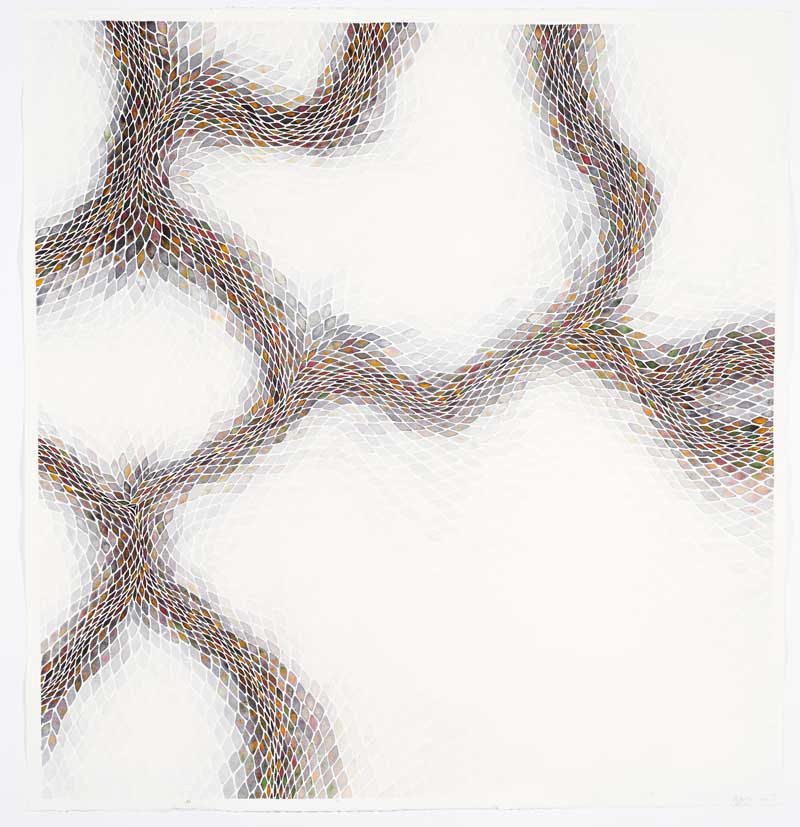 Lee also references Barnett Newman whose trademark “zips” provoked conventional narratives of figure and ground. Newman’s extreme minimalism sprung from an intuitive approach that gave rise to his concept of the “pure idea”. This purging of art theory is a tenet that Lee follows. Painting out of passion, his pictures seem to snake out to the viewer offering a glimpse of the sublime.

Art Stage Singapore was held at the Marina Bay Sands Expo & Convention Centre from 22 to 25 January 2015 and is the flagship cultural event of the region showcasing Asian Contemporary art at its finest.

Images courtesy of Sabrina Amrani Gallery and the artist.