On the 100th anniversary of Dada, the Bruno Art Group presented “Dada on Tour”, a multi-media installation, at Art Stage Singapore 2016. 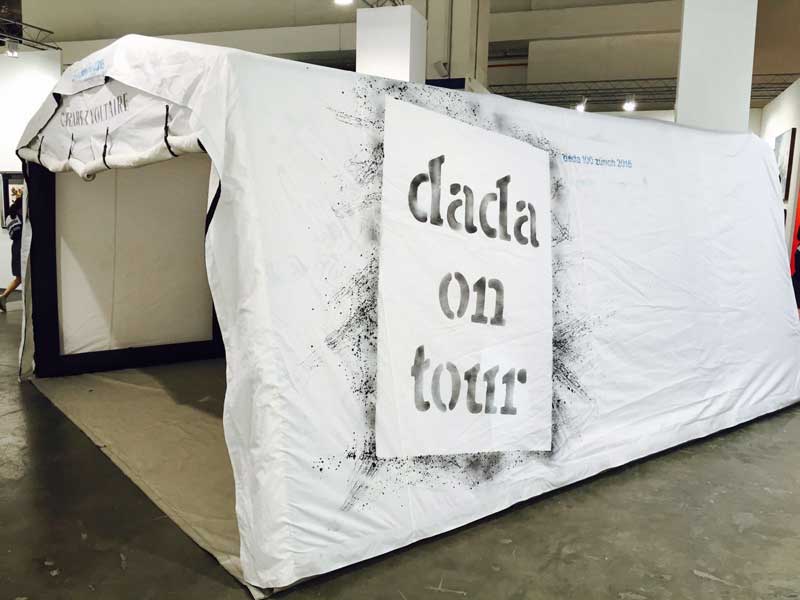 There are different meanings for Dada in different languages, including hobbyhorse in French and yes, yes in Slavic speech. One legend recounts that in 1916 the poet Tristan Tzara struck a penknife at random into a dictionary and it landed on this illogical-sounding word.

Dada was a response to the tragic toll and brutality of World War I. It was a rejection of the bourgeois and colonialist concerns which many Dadaists believed was the underlying motivation of the war, and protest against the prevailing cultural and intellectual conformity.

On the 5th of February 1916 in Zurich, the doors of Cabaret Voltaire opened as an artists’ cabaret. Its founders were Hugo Ball and Emmy Hennings and their rousing mixed-media programmes would be the forerunners of Performance Art and would result in the quasi-philosophical inquiries posed by Marcel Duchamp’s many inventions, such as the readymade.

On the 100th anniversary of Dada, the Bruno Art Group presented “Dada on Tour”, a multi-media installation, at Art Stage Singapore 2016. It features the “Starry Heaven of Dada”, mapping the journey of this international art movement from 1916 to 1923, and the “Dada in Nuce” film.

We interviewed Adrian Notz, Director of the Cabaret Voltaire.

Geraldine Lee: Why have you presented this exhibition in the context of a tent?

Adrian Notz: This tent itself is a Swiss emergency tent normally used by fire fighters or deployed in catastrophic situations such as for housing refugees or homeless people. The tent is also a good symbol of Dada because it’s a very nomadic, mobile thing and maybe today we need a rescue tent because Dada can come and help people. Give them some inspiration.

GL: How is Dadaism germane to the present day? How pertinent are its concepts to contemporary life?

AN: Dada can be very relevant and useful because a hundred years ago one of the founders of Dada, Hugo Ball said the world is confined by an economic fatalism that gives everyone a certain role and character. In a way, it’s something we experience every day. How we have to follow certain rules, behave in a certain way. We are limited by society; constrained. Hugo Ball was looking for a power that was strong enough to resist this situation and also for people to devote themselves orgiastically to the opposite of everything that is useful. So the idea is to be useless. That can be a very freeing idea today and I think then Dada in that sense is maybe not so much a political activist movement but maybe more a metaphysical, philosophical, spiritual question. Basically you stop and you think again in your own way. You have ideas and try to get in contact with your inner self. I think art in general is akin to something that the Dadaists said: the spiritual function of the human being is about imagination and imagination is the thing that we use to form our world. So that’s the point where art engages with the imagination.

GL: Tristan Tzara wrote the Dada manifesto in 1918. What was so pivotal and alluring about Dada that it continues to influence artists today?

AN: I like the word pivotal because I’ve always said Dada is like a pivot. Dada was the first trans-disciplinary art movement – you have dance, visual arts, masks, literature, lyrics, poetry. And then you also have this constant contradiction – you had Tristan Tzara who tried to be famous by saying Dada, who wanted to use Dada as a brand to promote it all over the world and on the other side you have Hugo Ball who was this spiritual, mystic person. And I think that the idea about Dada is that it’s both – that you can be here in an art market and be talking about mystical, philosophical questions. It’s not a question of deciding for one or the other. It’s much more a question of being both at the same time. And in that sense the pivot is important because if you have fame and bliss and in the centre you have the pivot which is Dada, it is trying to get into this in between.

AN: That’s what a lot of people say when I try to explain it. So it’s like Zen! And so Tzara and his manifesto – you have this idea of deconstruction; a happy deconstruction where you have to destroy all existing forms before you are able to create new ones. Richard Huelsenbeck in the First Declaration said “We found Dada, we are Dada, we have Dada. Dada was found in a dictionary; it means nothing.” But they wanted to change the world with nothing. Nothing in that sense is just the word. It’s like saying Dada.

GL: What are your future plans for Cabaret Voltaire?

AN: In the very near future, on the 5th of February, we will start celebrating the 100th anniversary of Dada and we will do this with 165 feast days – celebration days for the 165 Dadaists. Every morning at 6.30am I will do a prayer for them so if it’s Tristan Tzara’s holy day I will have to read his Manifesto, with Hugo Ball it will be his sound poetry. So this is basically like in the monastery where you pray at 6.30 in the morning. And then we’ll try to do an event every night. We’ll also have an exhibition which we’ll call Obsession Dada. We did research at the Getty Institute’s archive on Harald Szeemann. He was a famous Swiss curator – he was the youngest Artistic Director at documenta 5 in Kassel. He did shows on Dada and mixed contemporary artists of the time like Rauschenberg together with Picasso and Picabia. He had a museum of obsession so we will use him as a kind of driver of our obsession with Dada and we will invite a lot of contemporary artists over. 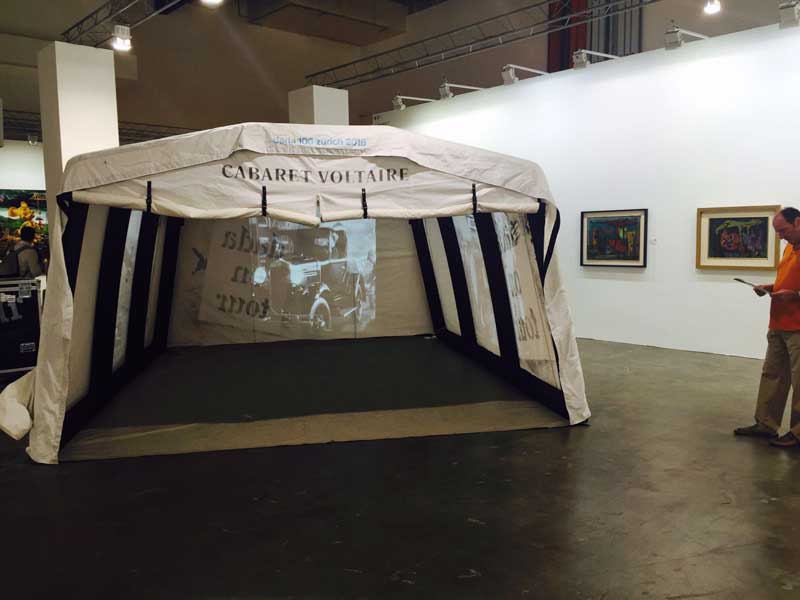 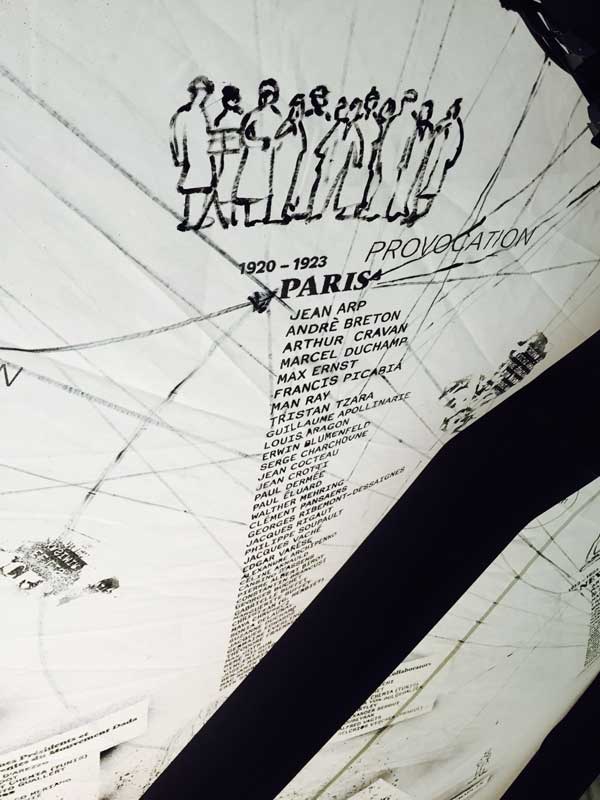 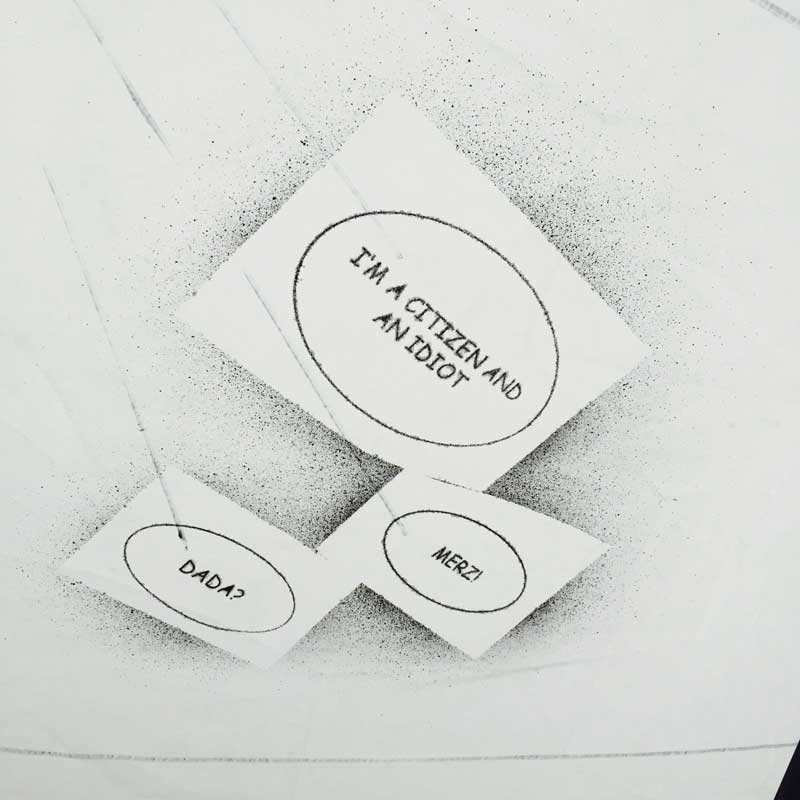 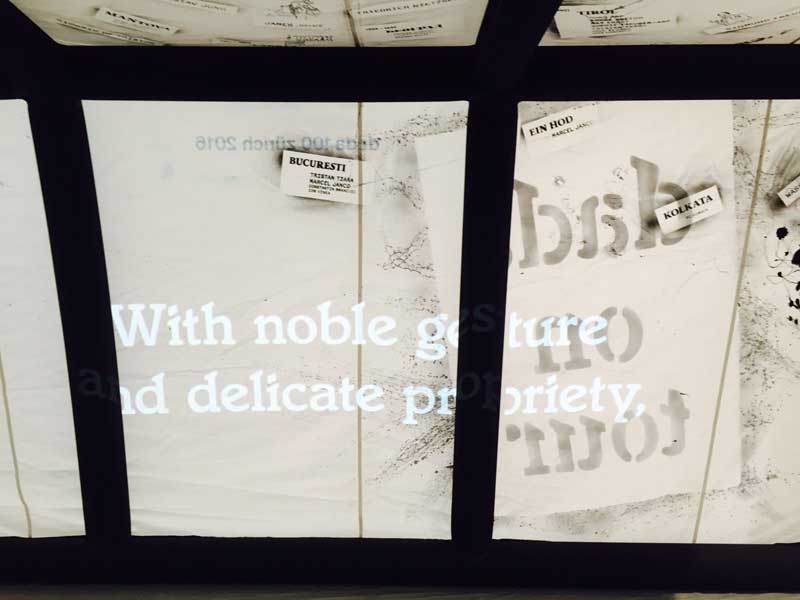 «Dada on Tour» in Singapore
Vernissage at Art Stage Singapore 2016

GL: Would you call this your obsession too?

AN: Yes, actually more than an obsession, maybe a kind of belief; another way of life.

GL: Do you have any unrealised plans?

AN: Well I think I have more unrealised than realised ones. One is this idea of making a total artwork out of Cabaret Voltaire. That you invite one artist who will design the whole space and building but it still has to have the function of a bar, of a shop, of mediation. The artist has to help with the programme etcetera. What we will do now for the Jubilee is to declare the birthplace of Dada – the building, Cabaret Voltaire not to be a building anymore but to be an artwork. So it’s a sculpture and if it’s a sculpture, it’s a very nice sculpture because it combines a whole art movement and as a sculpture you can also throw it on the art market and have wild speculations about it. But nobody would change what would happen inside. It would be a symbol of the strength of art. When the building is an artwork you can’t go and destroy anything because no one would buy a Miro and cut it up and make a carpet out of it. And it’s also a free space so you don’t have any political or economic influences anymore. It’s in a way safe because it’s separate. You can use the artworks to do art market business.

GL: Is the building listed?

GL: What are your aspirations for this current tour?

AN: The idea is basically to find new friends. It’s a mission, a Dada mission. On the one side of course is to tell the Dada story but then I think the more important function of the tent is to get to know people to find out more about the Dada movement. Maybe there was something in Singapore or Hong Kong. So it’s like because we don’t know everything, we will tour around and find new friends. Basically we also want to change the map that we have here so we will have to add Singapore and Hong Kong because we’ve been there.

GL: So you are constantly expanding the world of Dada?

AN: Yes and on both a contemporary and historical level. The Dadaists wanted to bring back mysticism because now life, the world is defined by science and the economy. We need a number for everything but there are a lot of things you can’t define by numbers.