Faurschou Foundation is pleased to present for the first time in Hong Kong, a pop up exhibition with the exhibition MEAT, The Rejected Paintings. 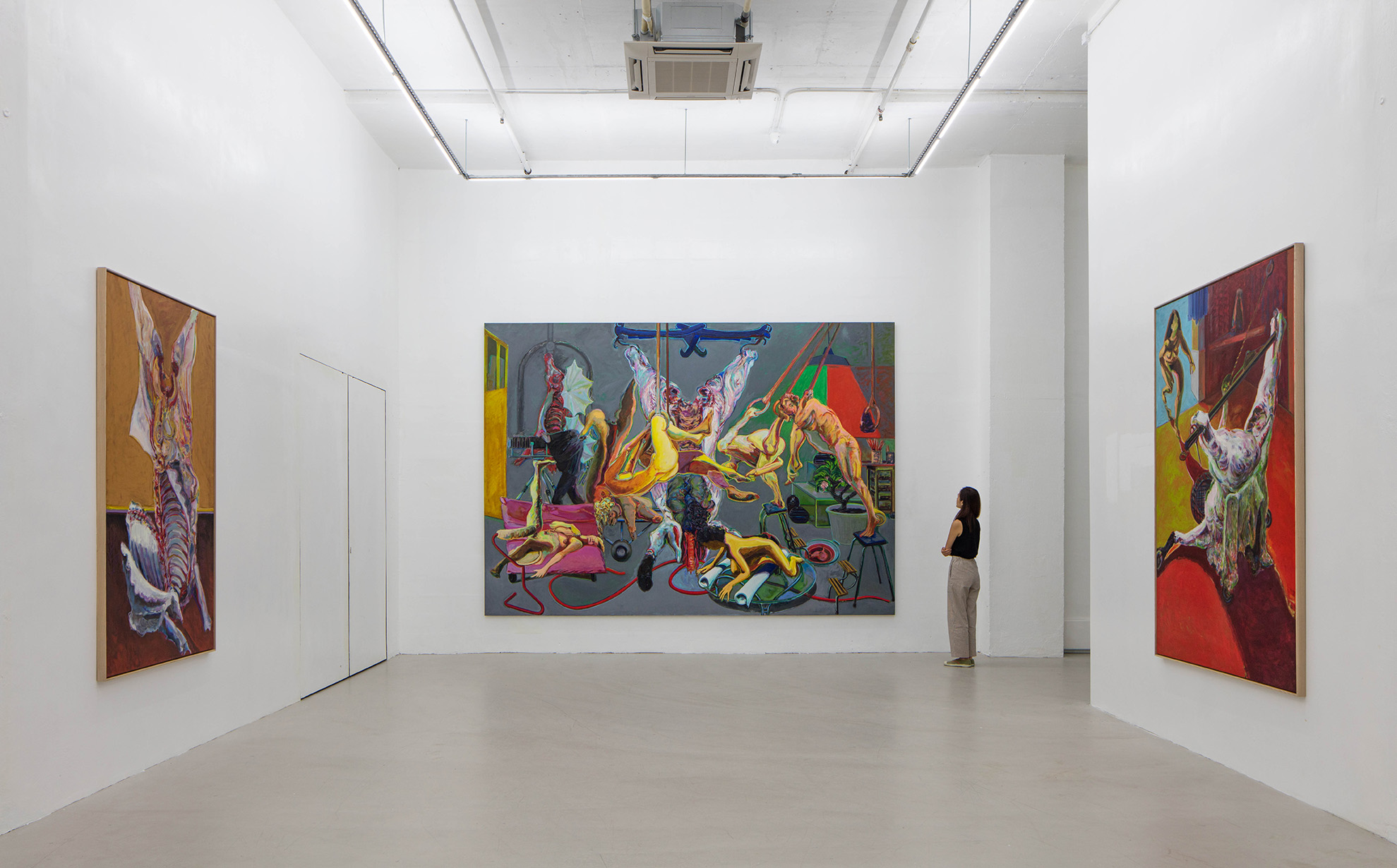 The intended exhibition MEAT with the two German artists Christian Lemmerz and Norbert Tadeusz was planned to open at Faurschou Foundation Beijing in September 2016. However, the Chinese Cultural Bureau refused to issue import permits for the majority of the works by Norbert Tadeusz. The exhibition in Beijing opened as planned, with the sculptures by Christian Lemmerz, and replacing the rejected paintings with white canvases in identical sizes as the rejected works by Norbert Tadeusz.

The Foundation has chosen to exhibit the rejected part of the originally planned exhibition – Norbert Tadeusz’s meat paintings – as a pop-up exhibition in Hong Kong with the exhibition Norbert Tadeusz I MEAT The Rejected Paintings that runs until October 30th 2016.

The exhibition MEAT, The Rejected Paintings, as the title indicates, presents major works by the German painter Norbert Tadeusz who has worked with the subject MEAT. In his large colourful paintings, Norbert Tadeusz depicts the slaughtered animal carcasses and exposed human bodies. His dynamic and colourful paintings are a result of his thorough studies of the human and animal body. Tadeusz was inspired by everyday impressions, but gave those motives a surreal twist, which made his paintings ambiguous and more profound. His energetic, intense and colourful works range from still life elements, dead animal carcasses, to abstract depictions of the everyday life.

The depiction of meat has a long art historical tradition. Throughout centuries, meat has played a major role in the works of some of the world’s greatest artists: for example, Rembrandt, Chaim Soutine and Francis Bacon, to name but a few. Christian Lemmerz and Norbert Tadeusz are no exception. With this exhibition they are taking a place in an important tradition in the history of art.