Is bigger better? Regarding the up-sized festivities that marked Gillman Barracks’ 2nd birthday – when compared to last year’s – on the last Friday of September, Artitute’s contributing writer, Celeste Yap and the guests certainly think so.

Is bigger better? Regarding the up-sized festivities that marked Gillman Barracks’ 2nd birthday – when compared to last year’s – on the last Friday of September, we certainly think so.

Live bands, light spinners, drinks and food stands drew music and art and food lovers, and turned the usually serene ex-military compound into a visual playground, and a feast for the ears and taste buds. 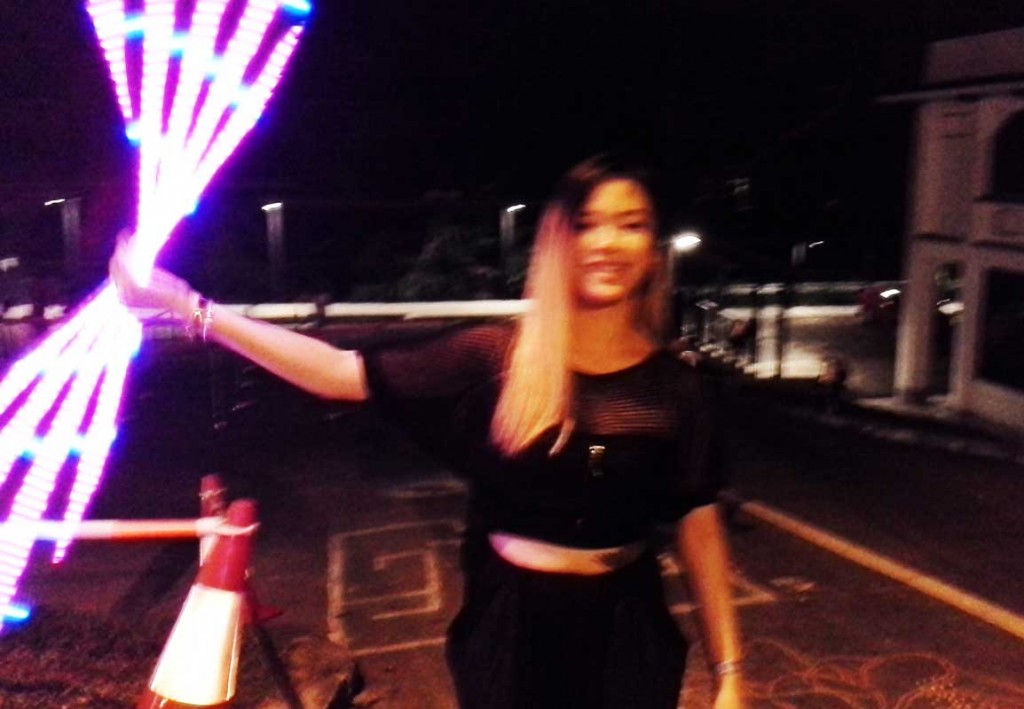 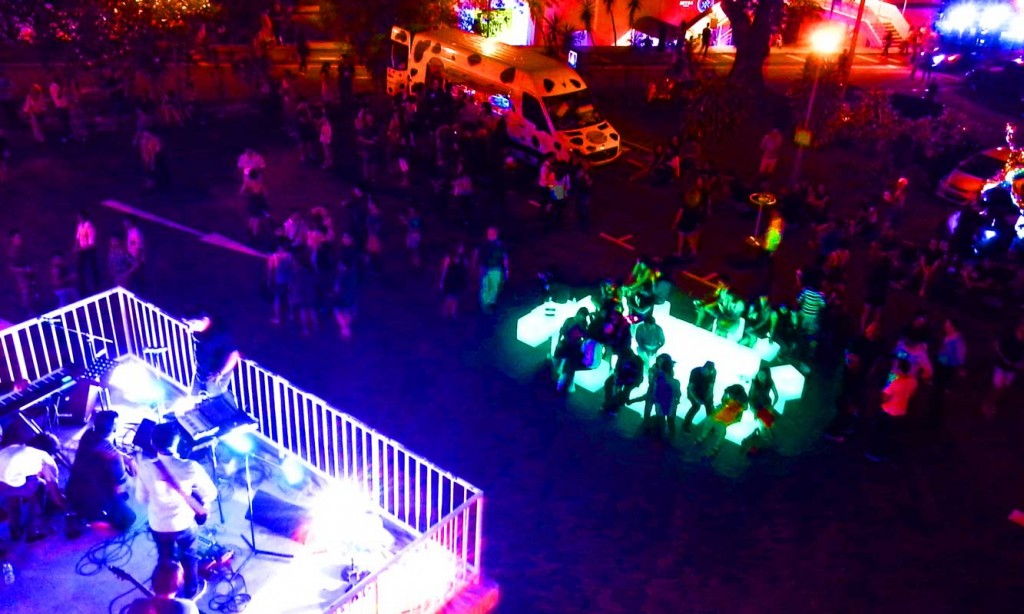 But don’t just take our word for it.

We got testimonies from several revelers and tenants – who also shared their observations about the precinct, the Gillman crowd and the local arts scene in general. 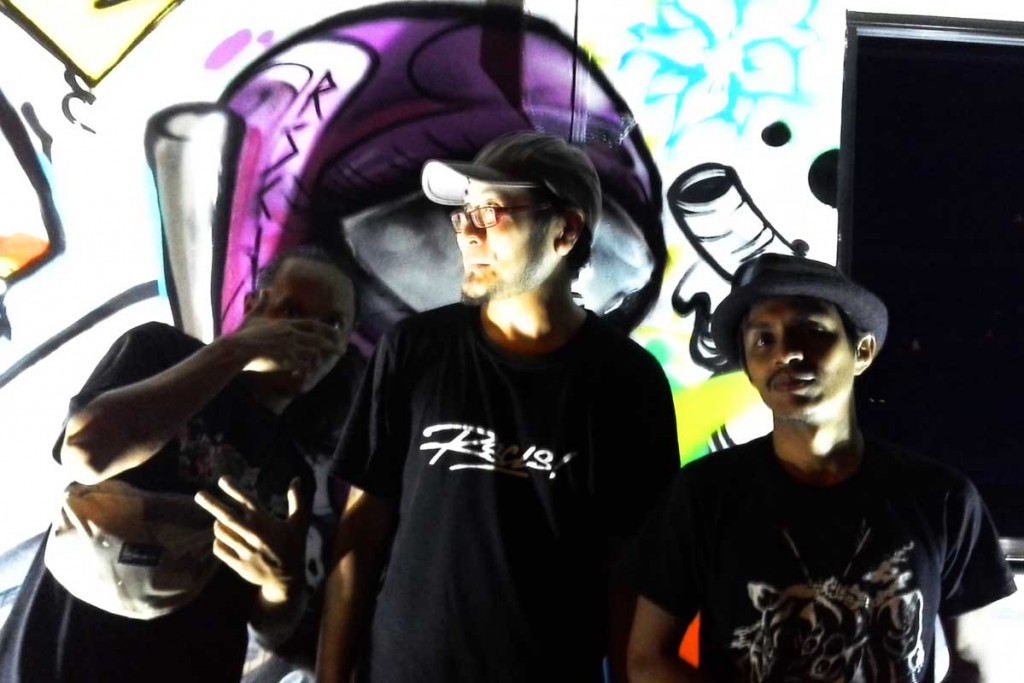 Graffiti artists: from left, doyouloveme from Jogjakarta, ANTZ, our sporting interviewee and ZERO – whose real name is Zul Othman and is also NAC’s Young Artist Award winner in 2013.

“You got members of the public talking about Gillman Barracks. It’s good they know there’s this art space. And in these two years, we (him and his crew who call themselves the Rscls) have made a lot of friends, know a lot more galleries.”

“There are more and more galleries that move there, like Yavuz. It’s a success. But I don’t like that they put shelters everywhere. Can you imagine the warriors of Queen Victoria under the shelter, protecting themselves from the rain?” Luca Ricciadelli, 46, business development manager

“It’s good that Gillman Barracks has this anniversary thing. I think that the management just needs time to get the audience to warm up to art. Lots of people say there’s not enough food here, so maybe more food establishments to draw the crowd.” Jonathan Huang, 25, Arts Management student at Lasalle 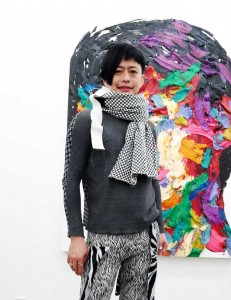 “Locals are now more exposed to art, and local artists are as good as international artists. It’s almost like the Olympics (for art) today.” Derrick Fun, 41, Fashion Designer 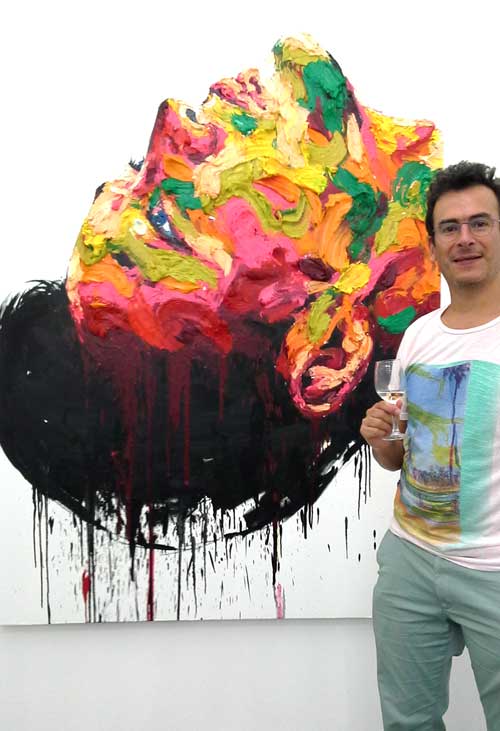 “I think Gillman Barracks hasn’t really evolved into a hub, people don’t come here. I think it’s just about branding the place a bit more, perhaps as a cultural hub that people can come and visit.” Andre Pink, 48, theatre director

“Gillman is a good project but it is still waiting to happen. It needs to be bigger – have a critical mass, and other shops and types of space. We get an audience – mainly young, but we don’t get enough collectors.” Tony Godfrey, 63, gallery director at Equator Art Projects (47 Malan Road, #01-21). The gallery is currently exhibiting Indonesian artist Srihadi Soedarsono’s Spirituality of Bedaya– till 26 October.

“Gillman Barracks offered us the opportunity to be distinctively located among other creative talents. We have seen a gradual increase in appreciation for Singaporean artistes since 2005, when we founded Timbre. We have also observed more young talents taking music seriously and some even taking on a career in music education. So to us the future is promising for the Singapore music scene.” Danny Loong, 42, co-founder and chief creative director of Timbre Group. Timbre @ Gillman is at 9A Lock Road.

Editor’s Note: Satellite-friend to local artists, Celeste may be seen at various arts events – from the truly Singaporean to the monumental Art Stage, and the Night Fest, to the quirky Edible Art Movement. Her art credentials – and experience – come solely from painting her own nails.