Art fans rejoice! You can now get to dress like Japanese artist Yayoi Kusama. The artist has just debuted her “Infinitely Kusama” collection for iconic fashion house Louis Vuitton, and the resulting dresses, shoes, and blouses are, of course, entirely covered in spots.

Art fans rejoice! You can now get to dress like Japanese artist Yayoi Kusama. The artist has just debuted her “Infinitely Kusama” collection for iconic fashion house Louis Vuitton, and the resulting dresses, shoes, and blouses are, of course, entirely covered in spots.

The collection, which launched in Singapore July 13 features clothing in Kusama’s favoured colour combinations of yellow and black, red and white, and a few splashes of white and blue. There are of course accessories as well, with covet-worthy bags, sunglasses, scarves, shoes and more. 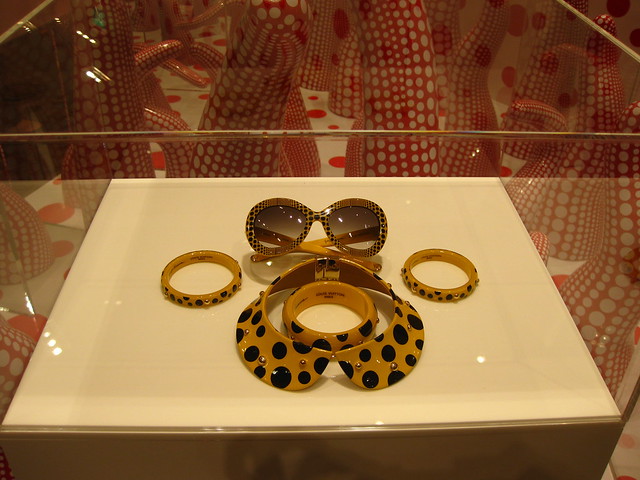 The pop-up store is one of only seven such concept stores worldwide. The Singapore store is inspired by Kusama’s “Biomorphic Nerves” motif, the biomorphic sculptures being one of Kusama’s most iconic works. Visitors will be able to immerse themselves totally in the Kusama universe. On opening night, as I entered the store, I felt I was stepping literally into one of Kusama’s artworks as I was immediately surrounded by a riot of red polka dots and a profusion of similarly dotted, tentacle-like sculptures. I had become one with her art. And this is in fact one of the cornerstones of Kusama’s art practice. The polka dots are not only representations of what she sees, but also symbolize the sun, moon, earth and the whole universe, more importantly, the infinity of the universe. They are a representation of what she sees in her alternate reality. As she explains it, “One day I was looking at the red flower patterns of the tablecloth on a table, and when I looked up I saw the same pattern covering the ceiling, the windows and the walls, and finally all over the room, my body and the universe. I felt as if I had begun to self-obliterate, to revolve in the infinity of endless time and the absoluteness of space, and be reduced to nothingness.” 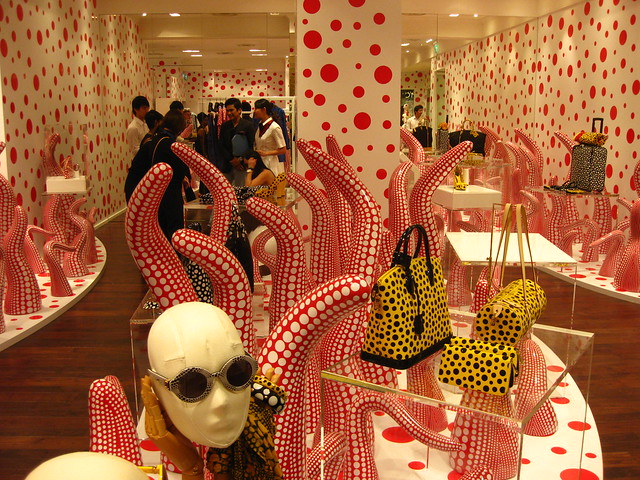 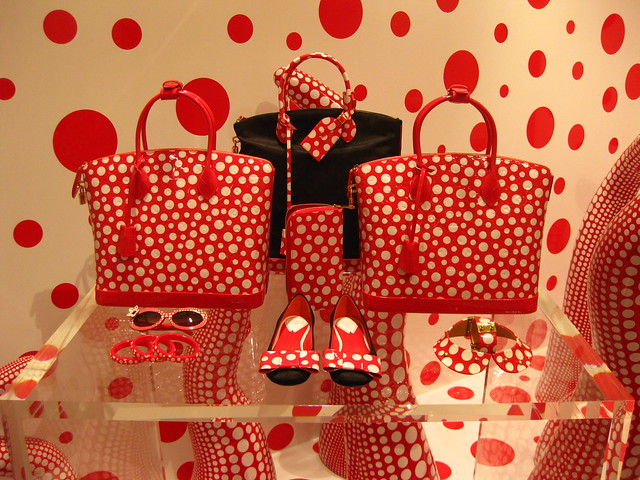 Born in 1929 in Matsumoto City in central Japan, Kusama was the unloved younger daughter of an unhappy marriage. Caught between her warring parents, Kusama found refuge in art, drawing obsessively from early childhood. Coloured dots, the so-called polka dots, and nets were her motifs right from the beginning. But her ambitions to paint professionally were crushed by her family, who were deeply conventional: women from her background could collect art, but not create it.

"Since my childhood, I have loved the round image of dots. Over several decades, dots have created, working together with net patterns, various types of paintings, sculptures, events and installations. They have indeed been moving freely about in the heaven of forms and shapes. Dots have taught me the proof of my existence. They scatter proliferating love in the universe and raise my mind to the height of the sky. This mysterious dots obsession. Dots even enter my dreams with art playing a trick on them, art which I love so deeply." (Yayoi Kusama 2006)

Kusama eventually left home to pursue her love of art and never returned. Also, what is little known is that in the 1970s, Kusama created clothes that were stocked by outlets such as Bloomingdales and she could have moved into fashion but in the end, art always pulled her back.

To mark the occasion of its collaboration with Yayoi Kusama, Louis Vuitton presents a deluxe box set collector’s edition, limited to 111 copies, of Alice In Wonderland featuring Lewis Carroll’s original text illustrated by Kusama and two works signed by the artist: a screen print reproduction from the book and an original photographic print of the iconic artist herself. The book recently accompanied the retrospective devoted to Kusama at the Tate Modern in London. 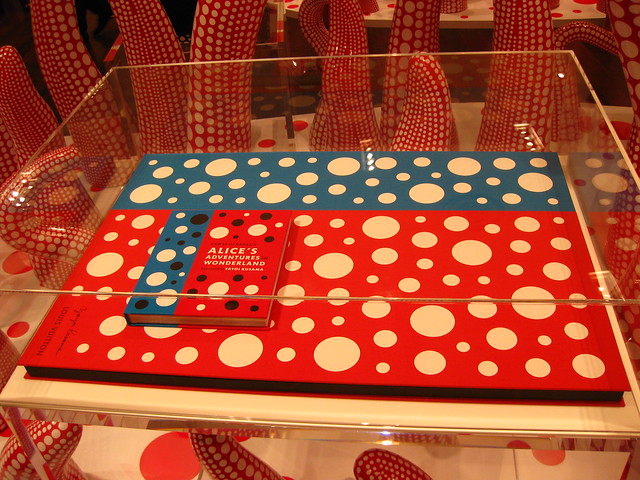 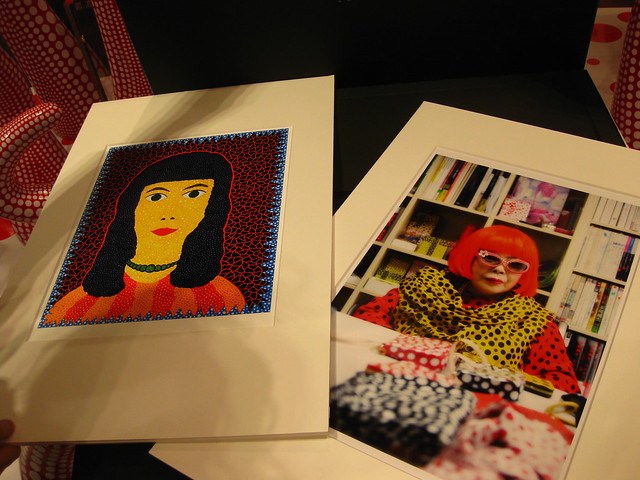 And if you would like to imagine how Yayoi Kusama sees the world, you can now do so with the exclusive Louis Vuitton Kusama Studio app. After reinterpreting images of yourself or your friends while referencing Kusama’s art, you can share your pictures in a public gallery included in the application, on Facebook and Twitter, and on the mini-site specifically created for the application. http://ikono.org/2012/06/louis-vuitton-yayoi-kusama-studio-iphone-app/

And on Louis Vuitton’s site, check out an interview with designer Marc Jacobs about why he loves the artist’s “infinite worlds.” 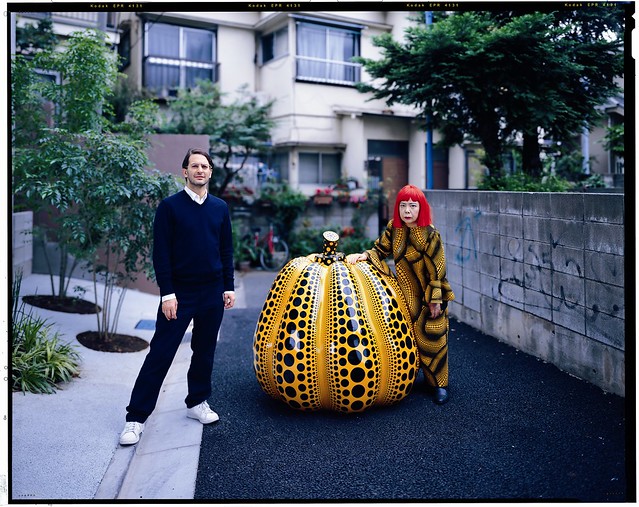