Sundaram Tagore Singapore is pleased to present the work of Iranian artist Golnaz Fathi who is renowned for her abstract paintings rooted in the rich traditions of Persian calligraphy. The exhibition comprises recent canvases, works on paper, lightboxes and a new series of expressionist drawings, which are being unveiled for the first time. 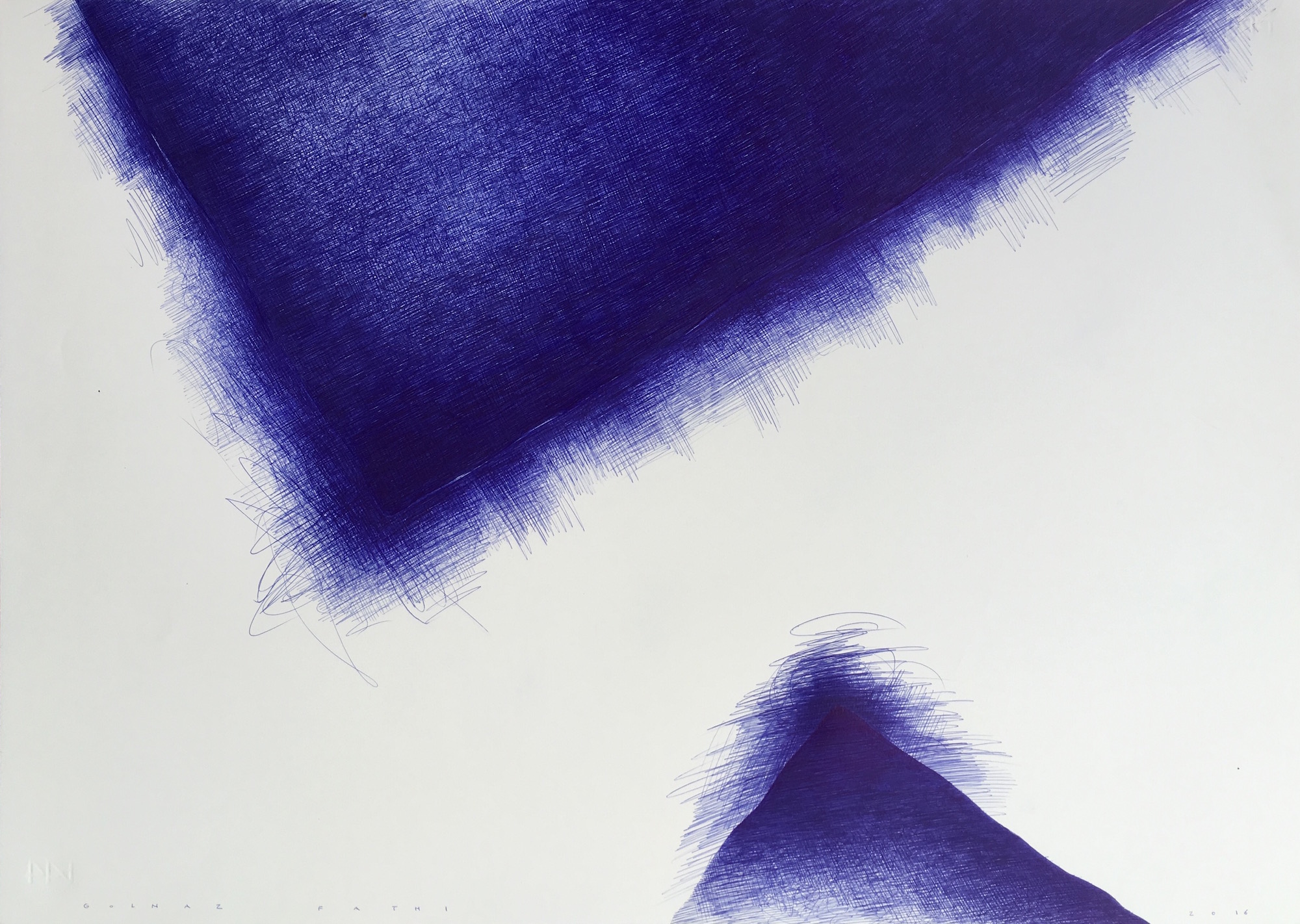 Born in Tehran in 1972, Fathi is one of the few women in Iran to excel at traditional Islamic calligraphy, a largely male-dominated discipline. For six years, she underwent rigorous training. She would sit for up to eight hours daily, carefully controlling her breathing and writing poetry with a qalam (a writing instrument made from a dried reed) to master traditional strokes. Despite becoming one of the country’s most skilled practitioners, Fathi decided to leave the privileged world of Islamic calligraphy to pursue a career as a contemporary artist.

Trading her qalam for paintbrushes and pens, Fathi created her own distinct visual language. For her recent series of paintings on canvas, Fathi applied acrylic in large, gestural brushstrokes using a limited palette of red, blue and yellow. She then used a pen to inscribe the canvases with thousands of minute marks that echo the forms of calligraphic letters. Her process is informed by the tradition of siah-mashq or “black practice,” where the calligrapher draws one letter or word repeatedly until the paper is covered with black ink to warm up the hand. Fathi transforms siah-mashq into intricate compositions. Playing with lines, she places them across, up, down and off the edge of the canvas evoking mountains, crevices and waterfalls.

Since 2007, she has pushed herself to move beyond paint and canvas and has been experimenting with lightboxes. To create these works, she draws raw, gestural lines, similar to her pen works, which she then has laser cut into a black surface. This forms abstract patterns, which are then pierced with light.

The highlight of this exhibition is her new series of expressionist paintings and drawings. Since last year, Fathi has been exploring a medium that had long been forbidden to her as a student of traditional calligraphy: the ballpoint pen. In a meditative process, she spends up to twelve hours layering thousands of intricate lines using archival ballpoint pen on paper or gessoed canvas. A complete departure from her calligraphic roots, these quivering, hatched lines coalesce into minimalist compositions hovering within expanses of negative space. “In the past I’ve talked so much through calligraphy so here is a space where you can breathe, where your mind your can fly and you can use your imagination,” says Fathi of the works.