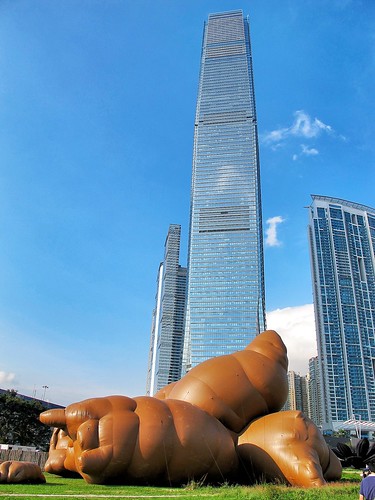 The giant poop “Complex pile (of shit)” by Paul McCarthy has been making headlines on several design blogs, but given all that hot air, it really just is an inflatable giant poop right in front of the world’s tallest hotel- the Ritz Carlton whose bar Ozone has equally potty service – that made me giggle.

M+ is becoming one of my favourite spaces for out of the box pieces – last year, I went to the Cantonese opera in the same pop up setting, which reminded me of the old days when my late grandmother would go to the opera on the streets, with snack vendors on the side peddling their wares. 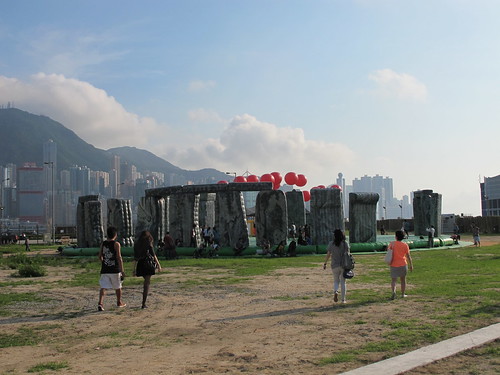 The inflation exhibition opened last week, featuring Turner Prize winner Jeremy Deller’s Stone Henge “Scarilege” – a lovely sight as the kids treat this as an inflatable castle alternative – subtly meeting the objective of getting British history and cultural heritage across in a fun way. 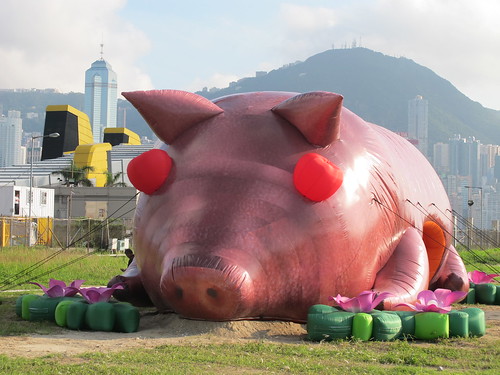 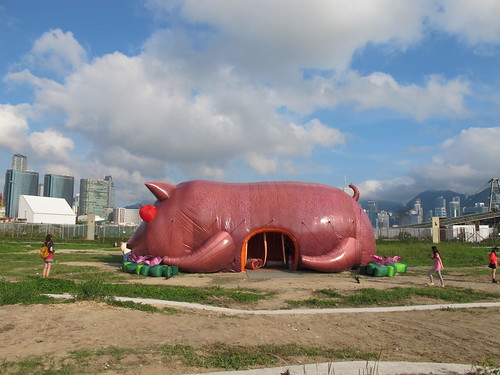 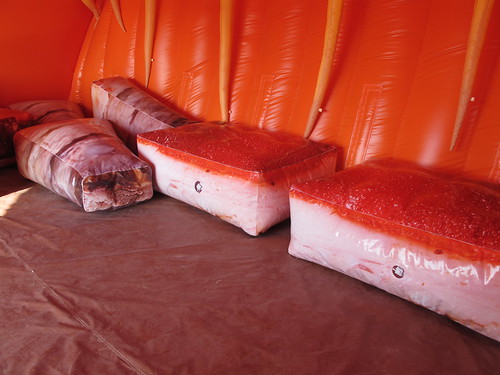 My personal favourite is Guangzhou artist’s “House of Treasures” giant suckling pig, inside, filled with inflatable cushions of pork done several ways – roasts and grills, so deeply rooted to the culinary history of Southern China.

Also featured alongside is an inflatable lotus by Choi Jeong Hwa, the orange one also seen at last year’s ARTHK 2012, with an esoteric philosophical name “Emptiness is form, Form is Emptiness”. 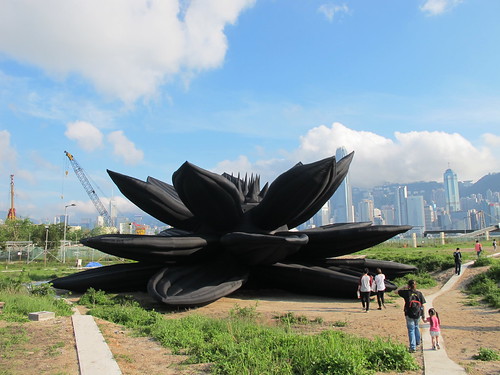 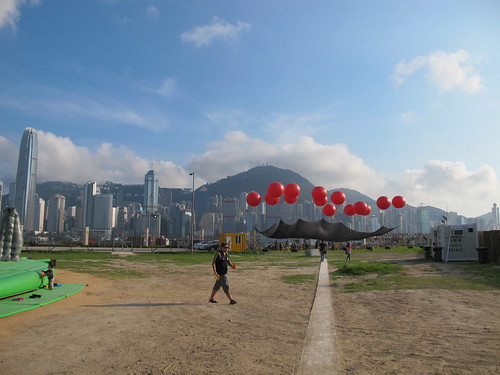 On display is also Chinese architect Liu Jiakun’s “With the Wind” installation that reminds me of the scene in Cinderella where the birds help her with her chores by lifting a white sheet with exactly the same and distribution of weight. They quite recently designed the stunning MOCA in Chengdu. 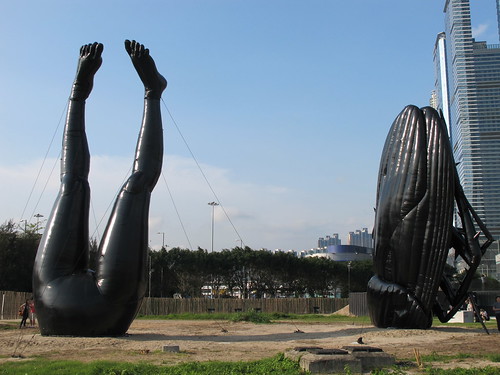 Finally, another odd existential piece by Tam Wai Ping featuring a cockroach and man that fell from the sky in enormous proportions entitled “Falling into the Mundane world”

I’m looking forward to follow the direction that the West Kowloon Cultural District will take. Here’s an extract from the press release:

Inflation! is a part of Mobile M+, a series of pre-opening ‘nomadic’ exhibitions curated by M+ that aim to engage the public ahead of the opening of the museum, scheduled for completion in late 2017. By initiating and realising projects that would not be possible in a single museum building, Mobile M+ seeks to turn the perceived disadvantage of being “rootless” into a strategic advantage by organizing events that embrace a multi-disciplinary approach.