Lakshmi is changing the world of Art, with highly evolved, research-based art. Unlike most artists her style is concept based paintings and related sculptural installations. In her most recent “Interaction series” she has taken the bar way higher than anyone in the world.

The paintings come with bespoke 3D art frames, which in them selves are unique pieces paired with each painting. The paintings are brought to life with installations that reflect the paintings. 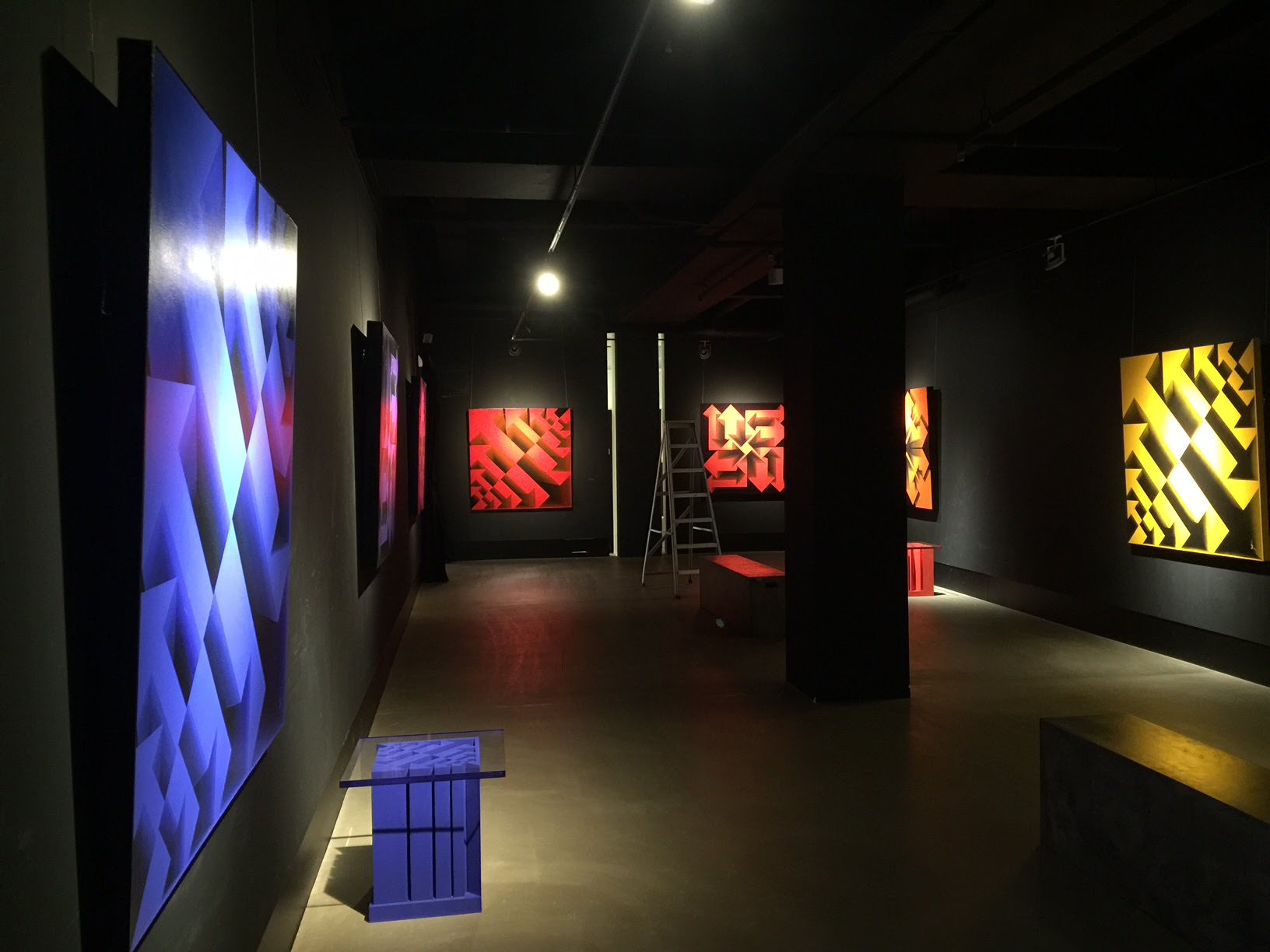 The Interaction Series of Paintings delves into the concept of the mandala, which appears to us in all aspects of life; the Earth, the Sun, the Moon and in our interactions, the circles of life encompassing friends, family and communities, a cosmic diagram that embodies our relationship to the infinite, the world that extends both beyond and within our bodies and minds. It represents an integrated view of the world, transcending all religions and continents It serves the creative purpose of giving expression and form to something that does not yet exist, something new refreshing and unique.  The process of the ascending spiral, which grows upward while simultaneously returning again and again to the same point, a microcosm and a macrocosm, we being a part of its intricate design.

Lakshmi has transposed the idea with a single continuous line starting and ending at the same point, dividing her paintings in two sections up and down representing male and female (yin and Yang), creating the illusion of a complex set of patterns, a mandala. She chose the color wheel as a perfect example of interaction, where colors interact with each other to create an infinite array of colors. The triad in the color wheel also symbolizes the triangles representing the concept of male and female forms in the yin-yang concept. The rotation of the triangle gives rise to new triads or interactions. The paintings are grouped into subgroups of the Primary, the Secondary, Tertiary  interactions and so on. 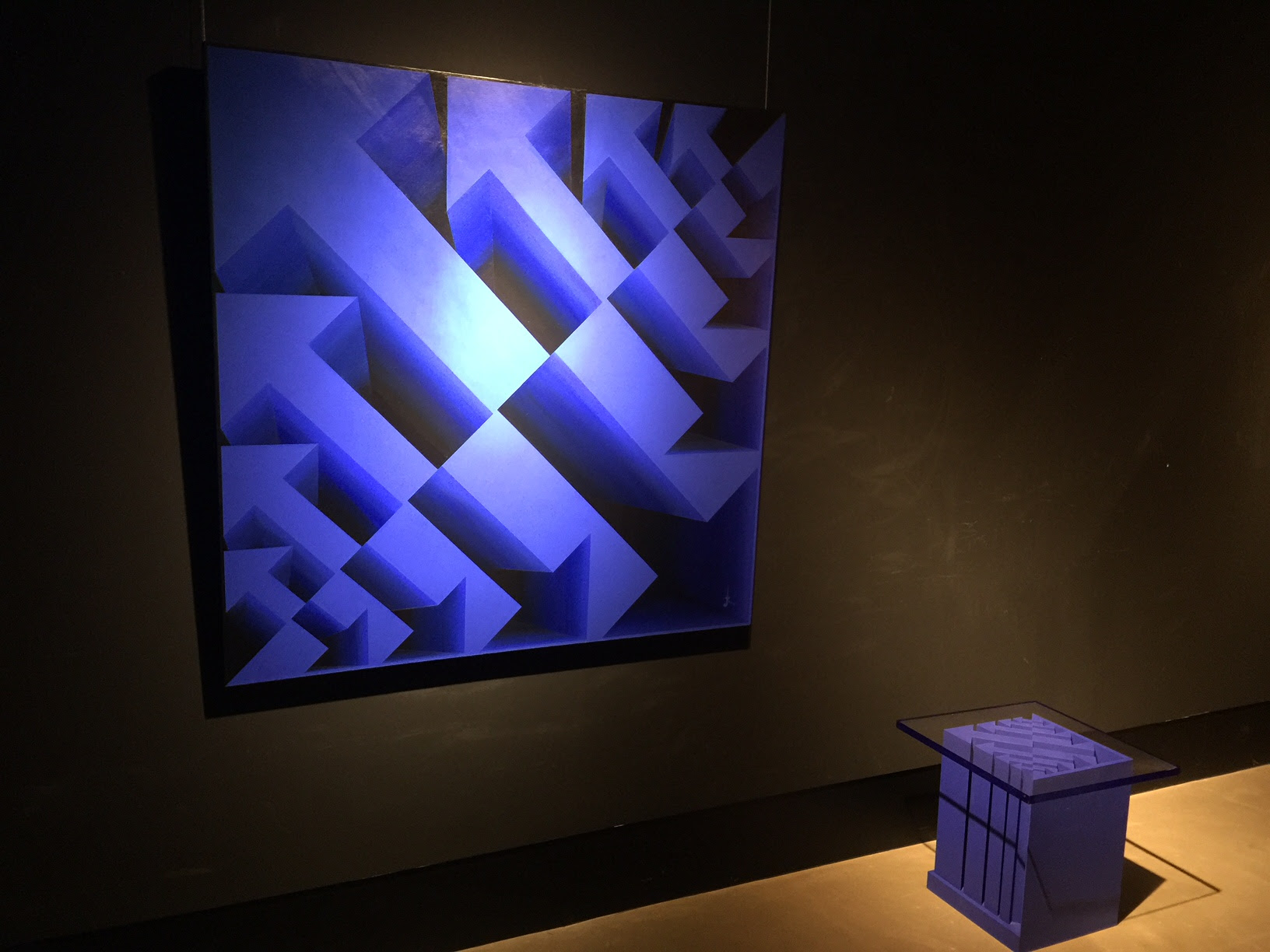 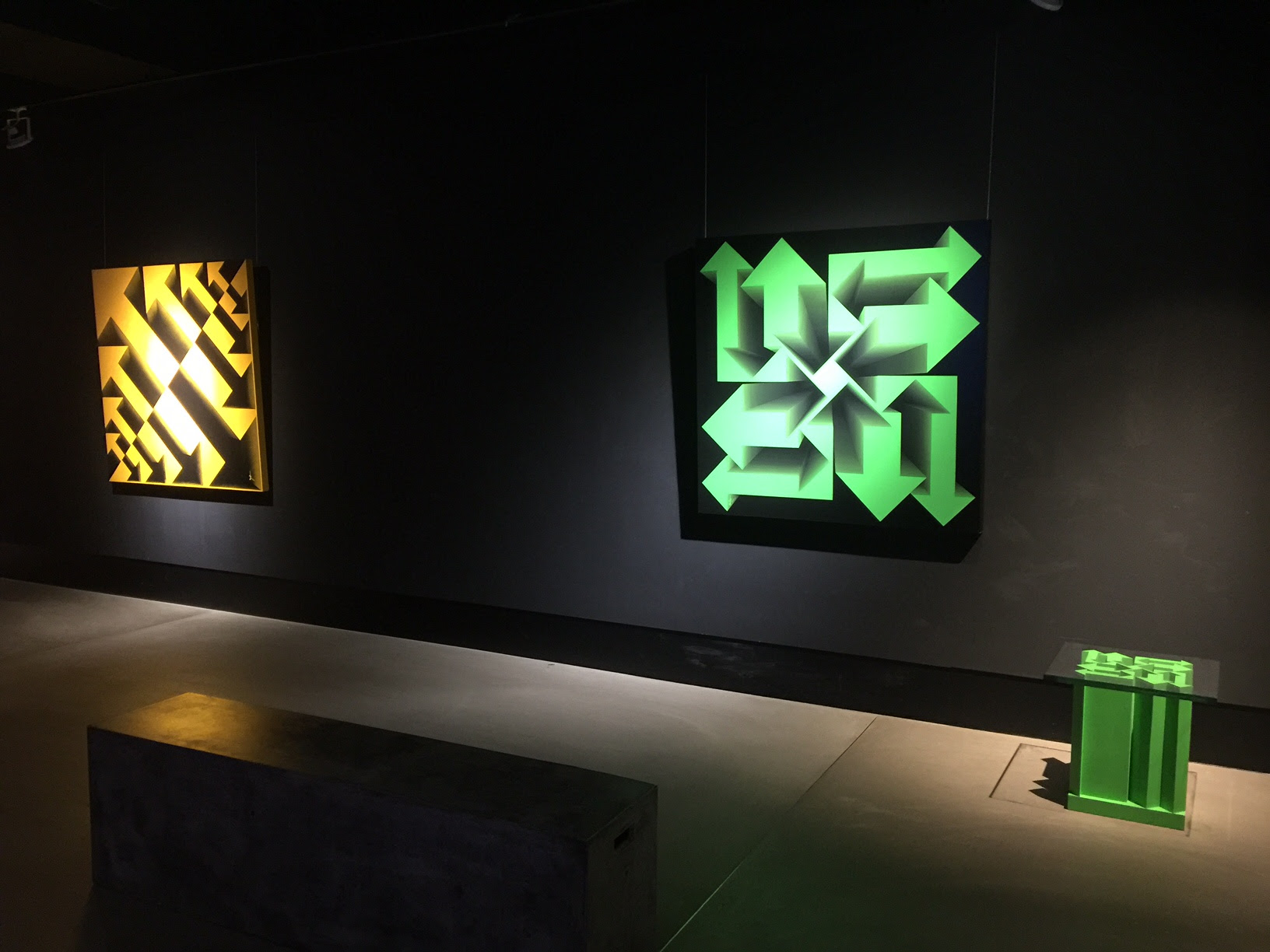 Cross-cultural patterns  of this concept are seen in many religious traditions all over the globe, from Hindu temples, Buddhist Stupas, Muslim mosques and Christian cathedrals to Native American teepees.  Lakshmi hopes to inspire worldwide unity and harmony through her medium.

Lakshmi Mohanbabu, a Singaporean artist who is a trained Architect (Manipal Institute of Technology) and a Fashion Designer (NIFT Delhi), this week unveiled her latest groundbreaking project: The paintings are inspired by her experience traversing the globe and absorbing different cultures, histories and ways of life.