Singapore – iPRECIATION is pleased to present a second solo exhibition of Singapore’s foremost multidisciplinary artist Lee Wen from 28th October – 21st November 2015. Following on from his successful inaugural solo exhibition at Art Basel Hong Kong 2014, “Songs Unsung” is a selection of works and ideas that reveal the hidden, intimate and lesser exposed productions of the artist’s wide ranging repertoire. These works reflect the processes related to his famous performances or installations and ephemeral works within the post-modern and currency of contemporary art trends.

This exhibition will showcase works from 1990 – 2015 that includes drawings, paintings and limited edition fine art photography taken from Lee’s performances in Kyoto (1995) and Chicago (2013). Lee Wen’s repertoire of works consists of very few paintings. In this exhibition, there are two rare paintings titled “Crucifixion” and “Hard Rain” where Lee’s performative gestures are rendered through the act of painting that is expressive and fraught with personal commentaries. The paintings were executed in thick quick brushstrokes, as a means of communication and exercise in manifesting the metaphysical. Viewing these 1990 paintings against his new paintings and drawings of today, one would notice that the artist has not wavered in his distinctive style of hand-crafted work that is characteristically spontaneous, pure and child-like. 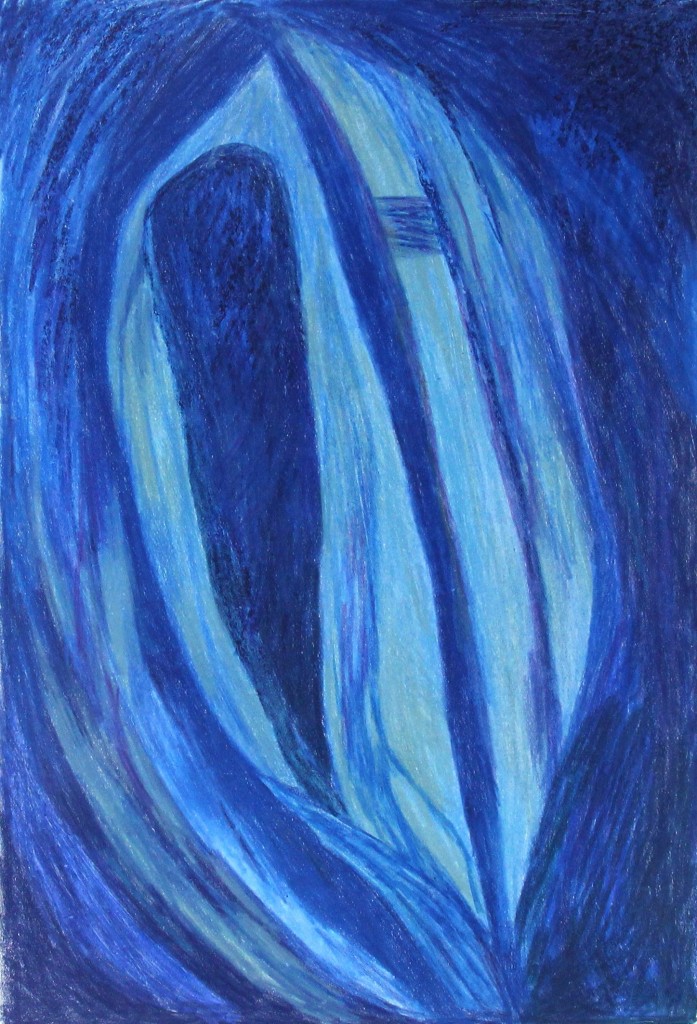 “Songs Unsung” is about works and ideas that have been hidden in the recesses of the artist’s mind and unexposed to the world, but now have been taken forward for sharing by the artist. These works were curated in a deliberate attempt to break against the grain of curatorial trends, the performances were born out of personal experiences which touched upon his humanity and this presentation is a humble desire to share and reach out with open sincerity based on inner reflection as well as external explorations of social repercussions. With this understanding of Lee’s artistic practice and beliefs, these simple but strong ideas are testament to Lee’s standing in the history of Singapore’s art development and a true pioneer of contemporary and performance art in Singapore.

Born in 1957, Lee Wen is a Singaporean multidisciplinary artist. After leaving a banking career in 1989, he enrolled at LASALLE College of the Arts, graduating with a Masters of Fine Art in 2006. Lee Wen is a member of The Artists Village and the Black Market performance collective. He was co-organizer of Future of Imagination, an international performance art event in 2003, and also initiated R.I.T.E.S.-Rooted in the Ephemeral Speak, a platform to develop and promote performance art, discourse, and discussion in Singapore in 2009. He has held numerous solo exhibitions and participated in various international group shows, biennales and festival. He was the recipient of Singapore’s Cultural Medallion in 2005. Lee Wen has exhibited widely, with his most recent at “START Art Fair 2015” at Saatchi Gallery, London, “The Roving Eye” at ARTER Foundation, Istanbul, Turkey, “Prudential Singapore Eye” at Art Science Museum, Singapore, “Lee Wen: Solo Exhibition” at Art Basel Hong Kong in 2014, “The Breath of a Blade” at the Jendela Visual Arts Space Esplanade, Singapore in 2013 and “Lee Wen: Lucid Dreams in the Reverie of the Real” a dedicated retrospective at the Singapore Art Museum in 2012.

Sundays and Public Holiday by appointment only