Se Yoon was born in 1979 in Gumi, South Korea. He received Bachelor of Architectural Engineering from Yonsei University (Seoul, Korea) and Master of Architecture Degree from Columbia University (New York, USA) where he received an Honor Awards for Design Excellence and Lucille Lowenfish Memorial prize. He has been invited as a guest critic in many design schools including Columbia, Harvard, Pratt and NYIT. 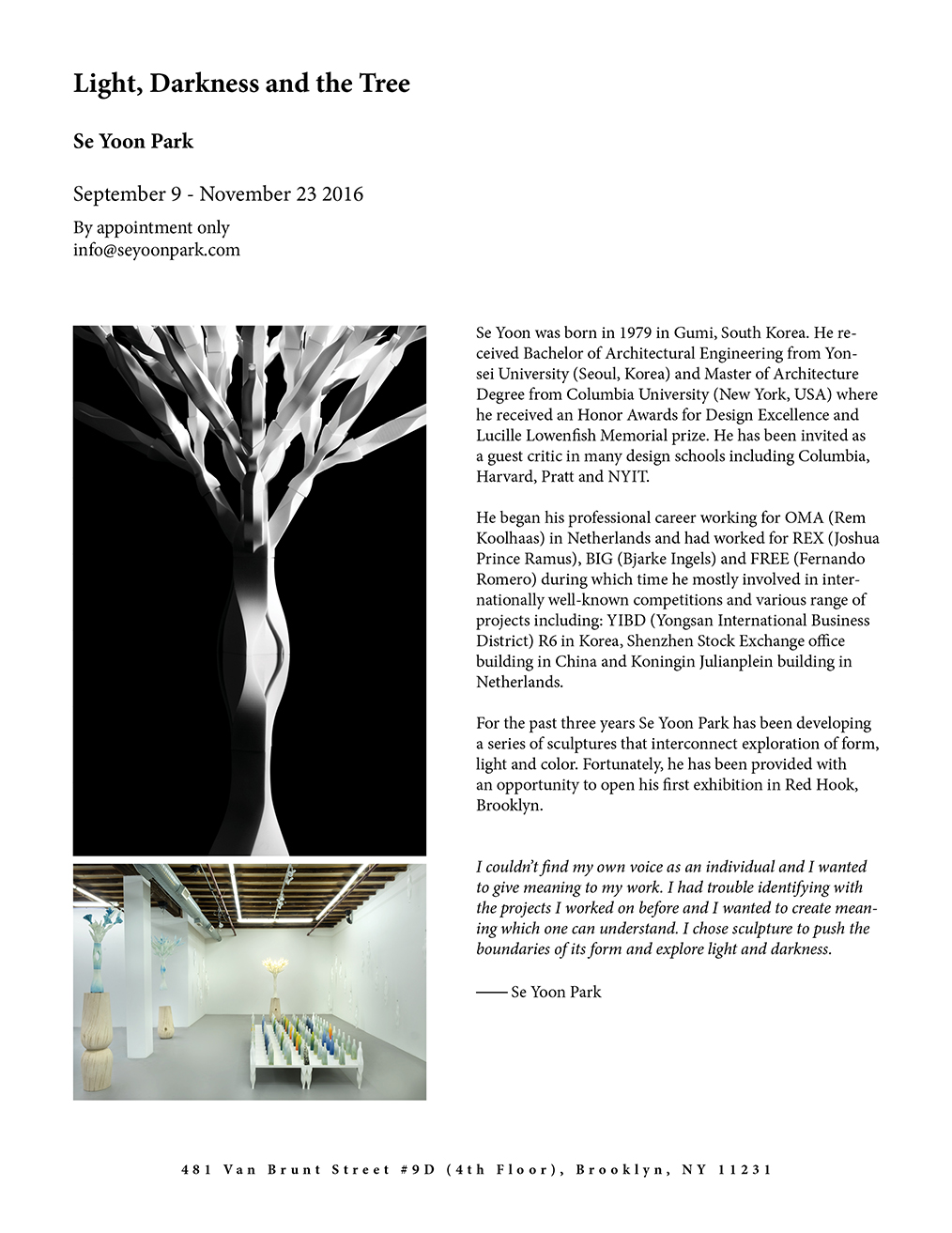 For the past three years Se Yoon Park has been developing a series of sculptures that interconnect exploration of form, light and color. Fortunately, he has been provided with an opportunity to open his first exhibition in Red Hook, Brooklyn.

I couldn’t find my own voice as an individual and I wanted to give meaning to my work. I had trouble identifying with the projects I worked on before and I wanted to create meaning which one can understand. I chose sculpture to push the boundaries of its form and explore light and darkness.