Inspired by a family album, the artworks in Memories for the Future by artist, Nyein Chan Su encompass family photographs, photographs of historical events, like the last speech of Aung San, the iconic father of the Nation, and recent photographs referencing the most topical news in Myanmar.

Inspired by a family album, the artworks in Memories for the Future encompass family photographs, photographs of historical events, like the last speech of Aung San, the iconic father of the Nation, and recent photographs referencing the most topical news in Myanmar.

Crafted like movie posters, red titles are plastered across the black and white images, engaging and encouraging the viewer to peel back the many layers of meaning. What starts as a family narrative recedes to leave room for a visual one about people, time and place, and eventually a political discourse.

The artist, Nyein Chan Su, states that “Portrait in Black” is nothing more than a beautiful black and white portrait of his beloved aunt: Daw Toe Toe Lwin. She was a singer and a movie actress who starred in five films. In this series, she symbolizes Aung San Suu Kyi. During Aung San Suu Kyi’s years of arrest, it was strictly forbidden to represent the iconic leader of Myanmar and even to pronounce her name. This is the reason why she became known as “the Lady”. As such, this portrait is not only a memory of one of the most famous actresses of the 1970s, it also alludes to the black years of the country under the military junta. 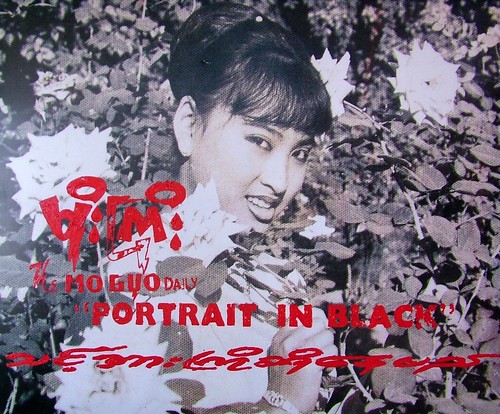 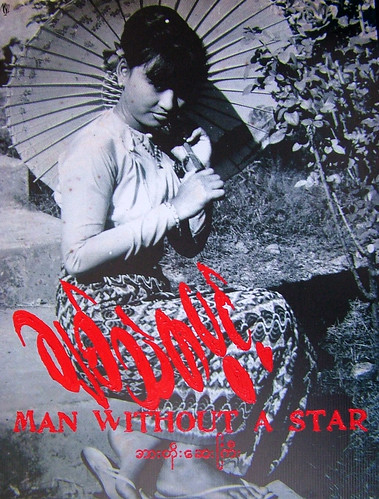 The “Mo Gyo Daily” emblazoned across the work is the title of a newspaper published in the 1960s and alludes to freedom of the press. The Burmese text meaning “you are welcome” is a symbol of hope rallying Aung San Suu Kyi for her support to reintroduce freedom of expression. 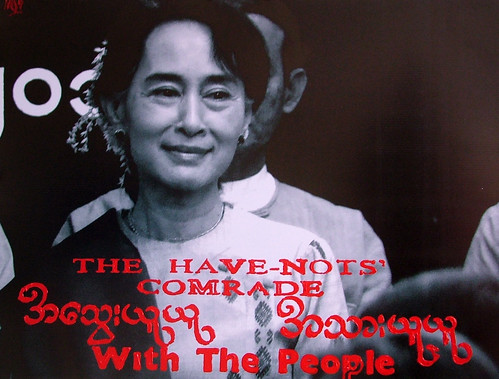 In “The Have-Nots’ Comrade”, a recent portrait of Aung San Suu Kyi aims to be a testimony of hope for a brighter future. The angry red scrawls that are a constant in all the works appear to slash through them like deep wounds invoking cries of pain. 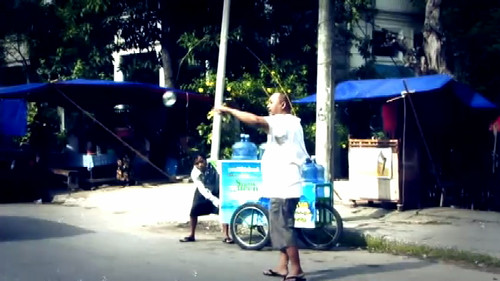 The video performance, “The Shambles”, was filmed in 2012 on the streets of Yangon and immerses the viewer in a contemporary reality of the city.

Born in 1973, Nyein Chan Su, mostly known as NCS, belongs to a new generation of Burmese artists who have a very eclectic and versatile style. Though traditionally trained in painting at the State School of Fine Arts in Yangon, he is renowned as a conceptual and performance artist. His cutting edge practice is deeply rooted in his Burmese identity and culture, with strong narratives questioning current social and political issues.

Nyein is one of the founders of Studio Square Gallery in Yangon and is regarded as one of the most significant mid-career artists in the contemporary Myanmar art scene. Well established both in Myanmar and internationally, Nyein was nominated for the prestigious APB Signature Art Prize 2011 organized by the Singapore Art Museum. Nyein’s artworks are in the permanent collections of the Singapore Art Museum, Fukuoka Art Museum as well as in private collections in Europe and in Asia.

Memories for the Future was showcased at the SOCIETE GENERALE Gallery, Alliance française de Singapour.