James Wilkins will be staging his first exhibition in Singapore entitled ORIGINS, a series of 22 works addressing the relationship between the environment, spirituality and beauty in July and August.

Gallery R, in association with Standard Chartered Private Bank, will be presenting James Wilkins’ first exhibition in Asia entitled ORIGINS, a series of 22 works addressing the relationship between the environment, spirituality and beauty.

An accomplished commercial and fine arts photographer, Wilkins has gained a cult following for his take on detachment, isolation and the burden and blessings of spiritual gifts. His unique printing techniques will be seen for the first time in Asia and includes both polished and burnished silver foil prints, as well as direct prints on aluminium which guarantee a glint-like illuminating effect.

At a press conference held at the Mandarin Oriental on 17 July, Wilkins spoke passionately about his art and his motivations. The title of this exhibition is loaded with meaning. Wilkins focuses on spiritual aspects and recollections of things from the past and he further contemplates humankind’s existence on this planet: “To know where we come from and where we are going.”

Wilkins then introduced several pieces from the exhibition. With Auspices, from his Supernature collection, Wilkins explained how he has always had an undeniable attraction to flowers and started photographing botanicals from the age of 12. This relationship has evolved over the years and Wilkins brings out a lushness and sensuousness in the flowers he captures. 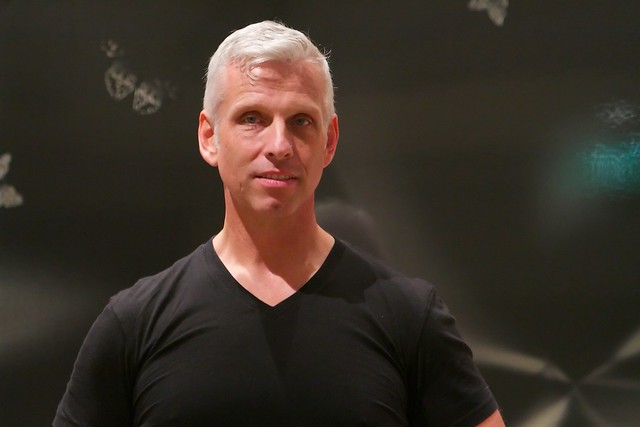 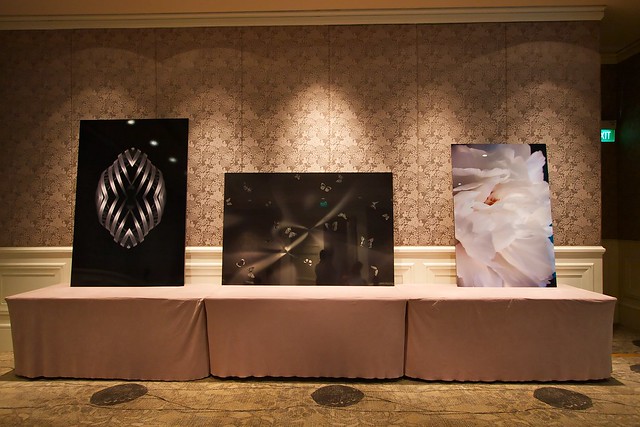 A life-long fascination with palms led to Profusion, where Wilkins creates a beautiful icon from palm leaves, melding abstraction and modernism. In The Persistence of Transformation, we are treated to a surrealist landscape of butterflies.

Describing his artistic process, Wilkins revealed he sometimes takes years to complete a work, amassing as many as 30,000 frames in search of perfect images. Photography to him is an exacting art on par with other classical art forms such as painting.

Another reason for Wilkins’ trip to Singapore is to collect materials for his next series entitled EXTINCTION. Before he arrived in Singapore, he learned about Singapore’s Bukit Brown cemetery through a friend of his whose grandparents were buried there. Wilkins became fascinated with the history and heritage of the cemetery. Members of the press were treated to a sneak peek of images Wilkins had taken at Bukit Brown since his arrival in Singapore and were engaged in a lively question and answer session.

I was curious as to his thoughts on documenting a place; a cemetery that he finds holds many spiritual connections and memories, that is soon to be completely dug up and converted into a highway. Wilkins replied that he has very difficult feelings, he felt very emotional and the disinterments were heartbreaking for him. He was especially moved to see the tombs of husbands and wives who were buried side by side and the idea of eternal love: “ Spirits cannot be conquered,” he concluded.

Probing further I inquired how he felt about the new destroying the old? Wilkins replied he was non-judgmental, that as with all things there should be a balance in life, a co-existence of yin and yang.

Wikins’ works clearly resonated with Environment Nominated Member of Parliament Faizal Jamal who gave an impassioned speech wishing for a change in societal attitudes, from being egocentric to soul-centric.

Gallery R’s conception was inspired by 7 year-old Rohinish Gupta who looked at Wilkins’ works and recognised the power of this type of art to create awareness of environmental issues and to positively impact the sustainability of the planet. It is heartening to know that Gallery R is donating 10% of the proceeds of the exhibition to the World Wildlife Fund demonstrating that commerce and nature can indeed co-exist for a mutual benefit. 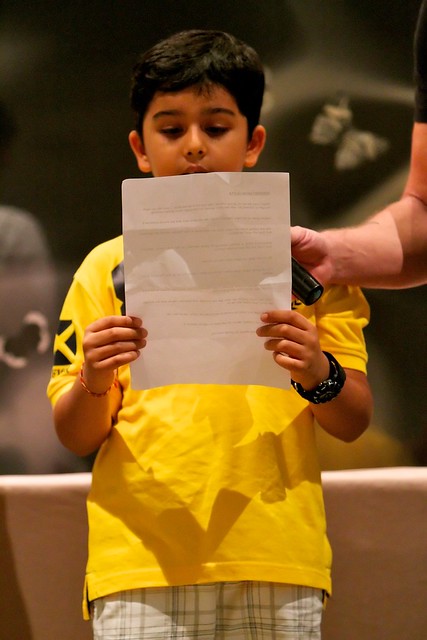 ORIGINS will run from July 27 to 29 at The Arts House, Old Parliament House, with a VIP reception on July 26. And will continue to be displayed at The Fullerton Hotel from August 2 to September 16.