herself – all of whose cultural otherness have been the point of intersection in their exhibition at the George Paton Gallery. 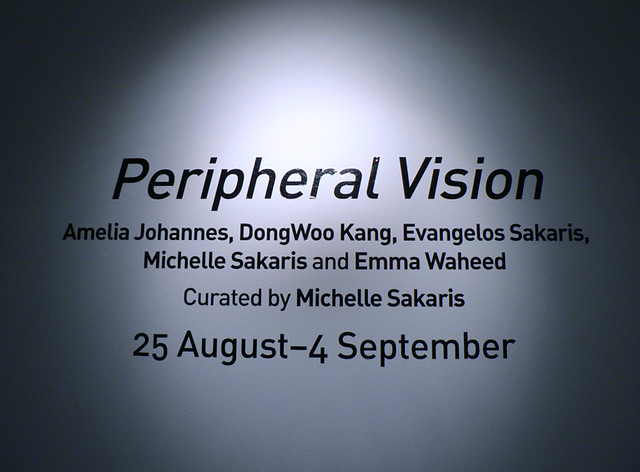 As they draw from their various heritages embedded in the cultures of South Africa, South Korea, Greece and Afghanistan, the artists seek to explore their identities as Australians that remain influenced by their non-Anglo Celtic backgrounds. Their works are centered on experiences with their specific cultural rituals and also include autobiographical elements. 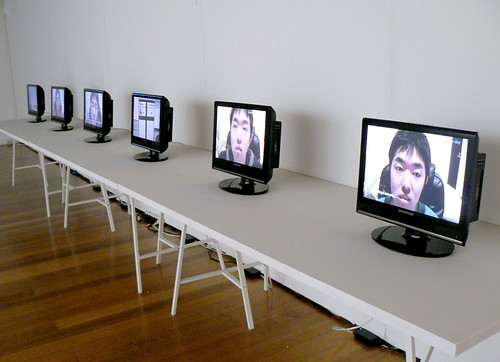 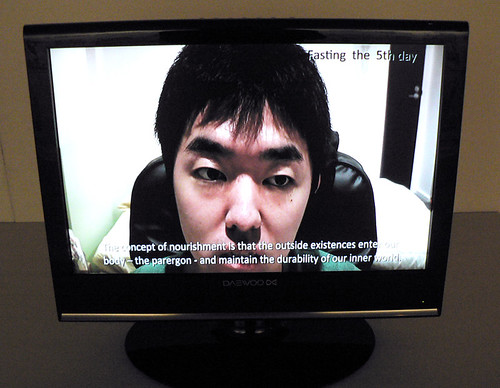 Screened on 6 TV monitors is Dong Woo Kang’s work Fasting 2, documenting in short logs the artist’s 7-day fasting, the act of which alludes to the Confucian concept of body purification. In one recording, Kang advances the idea that the body – simultaneously internal and external – is a vehicle that connects the inside and outside world. This concept of the state of the body is structured upon Jacques Derrida’s idea of the Parergon – that which is outside an artwork is also undeniable part of it. Put simply, Derrida wrote that while the parergonal picture frame belongs to neither the painting or gallery walls, it becomes part of either ground when we take into view the painting or wall. By fasting, Kang disallows external existences into the body, fracturing the connection between outside and inside for a short period to strengthen and purify his inner self. Sakaris explained to me that Kang’s practice stemmed from a personal need for psychological cleansing, and was his 2nd time attempting it. 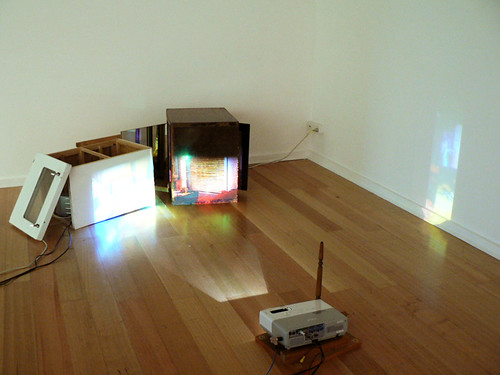 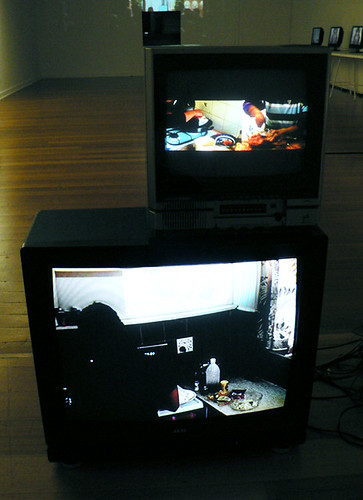 Amelia Johanne‘s Translating District Six 2008 [Top] and Food as Lived Tradition (Pickled Fish) [Top Monitor], Mother/Grandmother (Bobotie) [Lower Monitor]. Through an endless repetition of trying to perfect a family recipe, Amelia investigates (and seems to grapple at) the displacement of identity and heritage within the context of her immediate family. 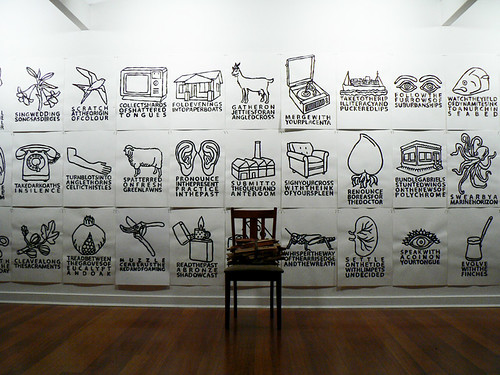 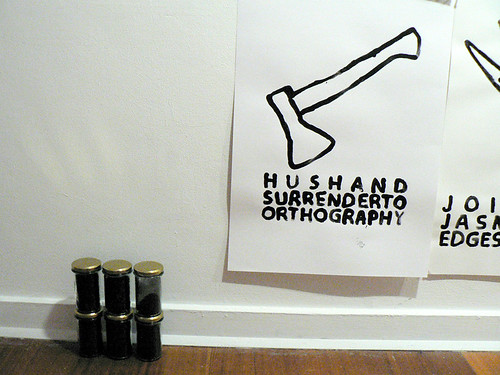 Of Greek descent, Evangelos Sakaris’ The Carbonised Wings of June and May are a collective of jars containing charcoal. These charcoals are flamed for pigmentation and used by Sakaris to paint Forty Votives, 40 images based on the religious practices at the Greek Orthodox Church in Australia. Interestingly, hints of these charcoal sediments can be seen in the thinning strokes in some of the images. Moreover, with both works placed in very close proximity, the created juxtaposition of material and effect in itself brings forth the process of mutations from origin to outcome, which again reflects the nature of the artist’s cultural heritage and identity in Australia. 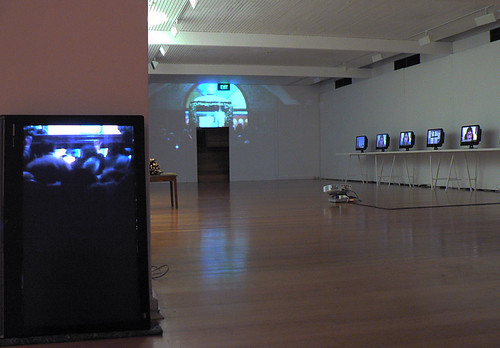 Michelle Sakaris‘ Threshold 2008-2010 (Wall projection and TV monitor). Michelle, a second-generation Greek-Australian, takes an outsider perspective on religious ritual and explores its capacity to restore a sense of wholeness in displaced and fragmenting communities. 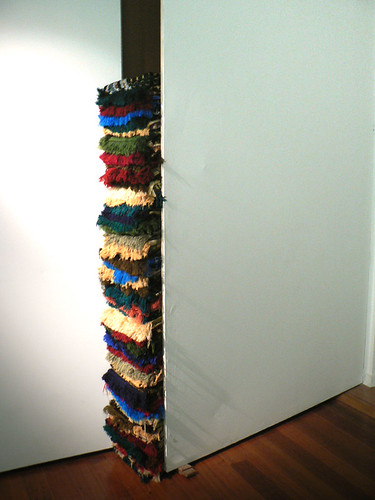 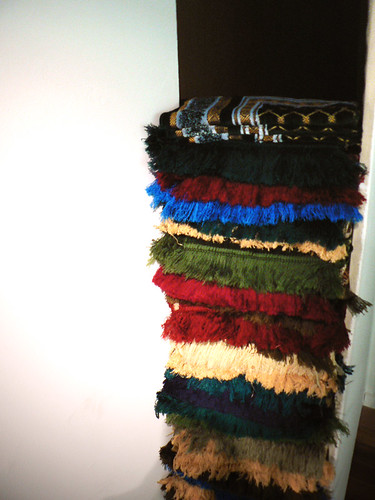 Yet, not all of the artists in the exhibition sought to claim or assert identity. One of my favorites was the untitled work of Afghanistan-born Emma Waheed – A tall neat pile of prayer rugs wedged between two walls as if the artist was about to conceal the massive stack. Or were the rugs simply too much a bulk that they cannot be further hidden? Either way, in the act of tucking the prayer rugs into unimportant and unseen space, Waheed denies them of sacrosanct value and clearly attempts to disassociate her self from her Muslim heritage. Profoundly honest, Waheed’s work is not only indicative of her ongoing conflict of identity but can also be extended to the tensions between Afghanistan belief system and modern notions of secularization and democracy.

Within the exhibition as a whole, ritual was placed in context with both biography and heritage. The artists’ specific explorations of identity were greatly informative of their individual notions of cultural otherness. The artists’ various cultural backgrounds, of which influence has proved to be inescapable, render the exhibition as a microcosm of a continually diversifying Australia.

4 Comments on Perspectives on Cultural Otherness: Peripheral Vision at the George Paton Gallery.