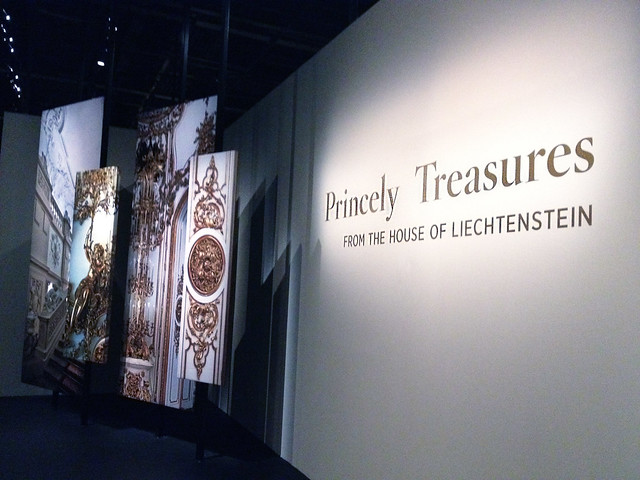 Whilst you may usually spot me flitting around the contemporary galleries, absorbing the glow of neon light sculptures or pressing my eyeballs up against a brightly collaged surface, every so often I take a trip back in time to visit the old masters and re-affirm the foundations on which our current artists build their practices.

The Princely Treasures from the House of Liechtenstein is an exhibition selected from the private collection of the Princes of Liechtenstein, packed with opulent pieces from the Renaissance, Baroque and Rococo eras. Surrounding the exhibition is a series of special programmes, from sketching workshops to chamber concerts, and a variety of dynamic and interactive activities and lectures. 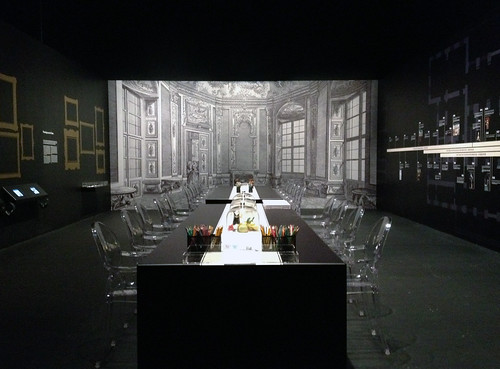 Renaissance, Rococo and Baroque are, to many people, quite mysterious terms defining large swathes of antiquity. This is a chance to take a closer, more focused look at the past, find out how it has informed the arts and culture of today, and even discover a few grand treasures from the West which were informed by the ornate artistry of the East.

Being a private collection, this gathering of art reflects the preferences of the Princes like a portal into their historical interests – artistic, political, financial and otherwise. Through a curator’s tour, you can hear the fascinating stories behind how and why each work was commissioned or acquired. Sometimes it can be for love of art, sometimes just for love, but often there are other motivations: to form links with particular countries or individuals, or to illustrate status and taste. Whilst giving us insight into these art aficionados, there are also obvious downsides to this: A private collection can be very personally motivated rather than seeking to show a representative cross-section of the era, (as with a museum collection), and a few key artists are missing here. However, the Princely Treasures are still quite remarkable and if you glimpse inside this anthology, you can view artworks which you will not experience elsewhere. 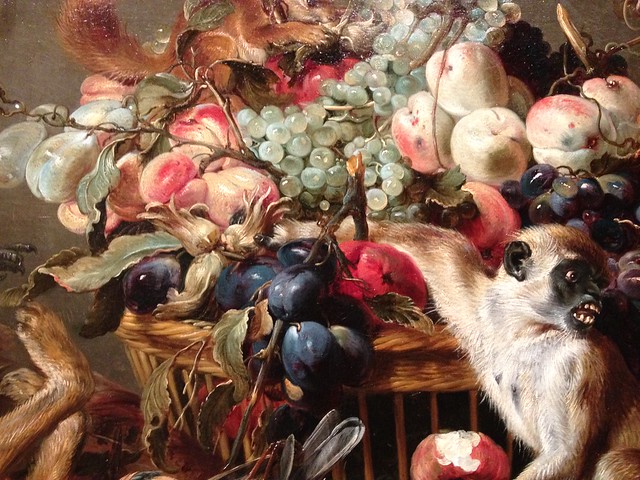 Renaissance art characterises a period of rebirth in which artists of from the 14th to the 17th centuries began to master ideas of light, space, perspective, and techniques which advanced their paintings toward a more ‘contemporary’ style. In this era artists integrated art, language, science, observation and invention into their work, the greatest example being Leonardo da Vinci.

Amongst the Renaissance paintings and sculptures at the National Museum, is Raphael’s Portrait of a Man, which showcases a bold design and strong colour harmony illustrating some of the features typical of the Renaissance portraits.

However, for me it got most interesting when I entered the Baroque sections, showcasing a grand, elaborate collection of objects d’art and ornate furniture, fanciful paintings and images filled with theatricality. 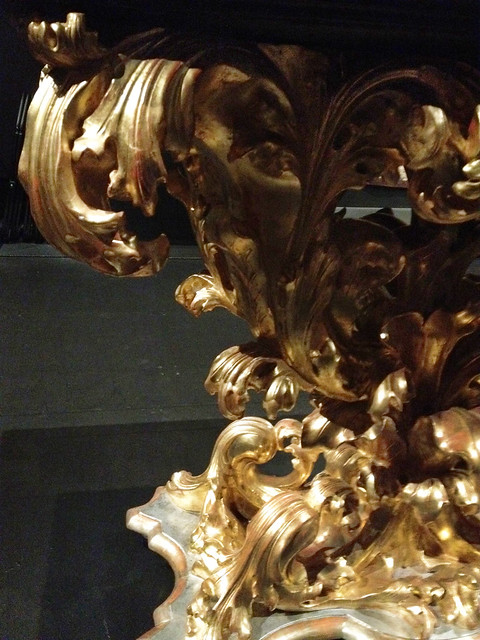 The Baroque is a pan-European style that dates from 1600-1750. During this time, artists and architects danced over artistic boundaries and threw down their classical rules, resulting in artwork with an emotive and dynamic energy, a flamboyance, and a sense of light-heartedness. The term is thought to have been derived from the Portuguese barroco, meaning an irregular pearl.

To the contemporary eye, the swirls and elaborate details appear to be the curlicues of days-gone-by: we often forget to remember that in their time they were the new, bold styles. These pieces continue to have the power to enthral. I was particularly impressed by the exquisite high baroque table-stands which were commissioned to become part of the collection, (above), and the Pietra Dura Ornate Chest, in which complex landscape scenes are fashioned from hard stones cut to size, marble, garnets, ebony, velvet and gilt bronze (below). 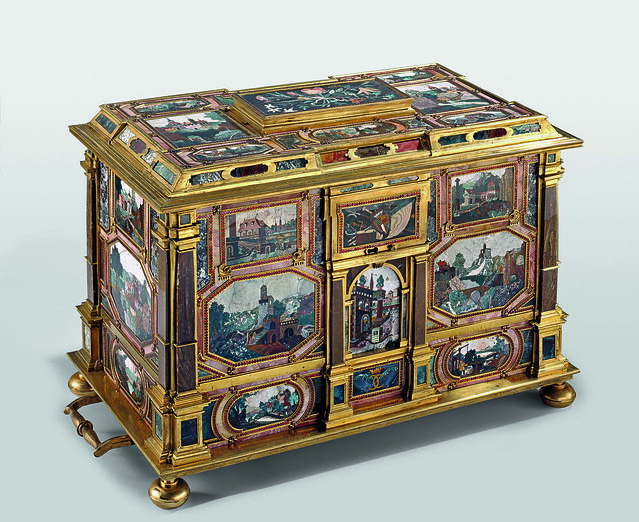 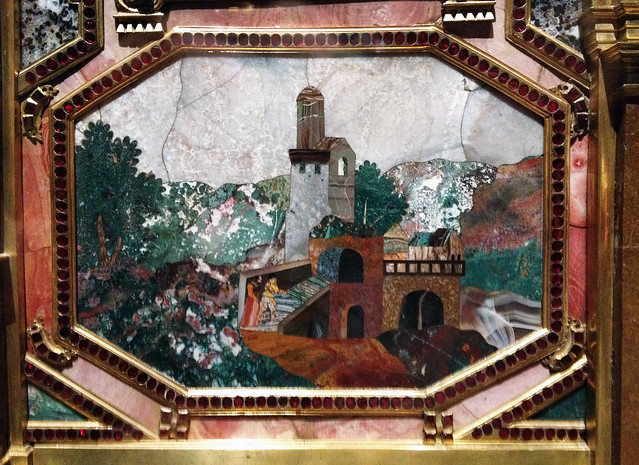 Some other notable works from this period include a Canaletto, a Marcantonio Franceshini commisioned by the Liechtenstein family, and Dutch 17th century paintings. 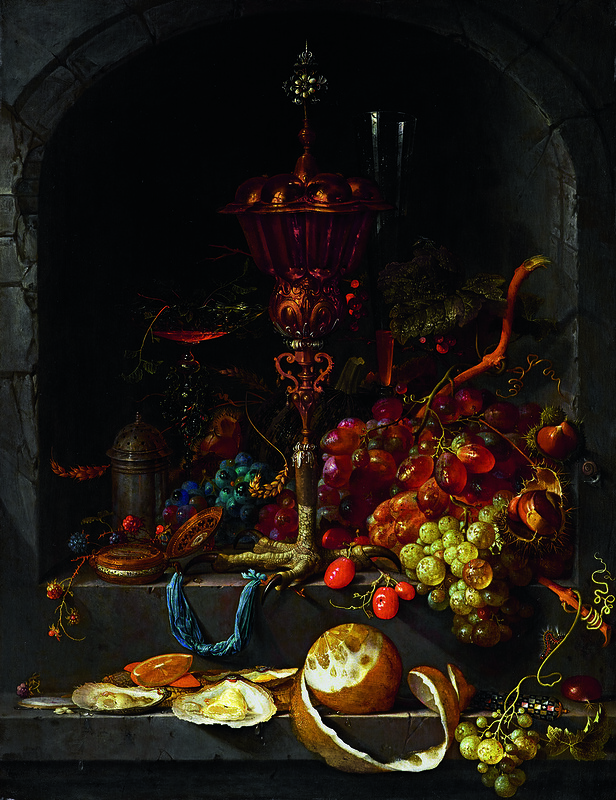 Rich in colours and the variety of fruit and objects, de Heem’s ostentatious Baroque still lifes can appear staged, and the vivid forms are rendered in exquisite intricacy. I was captivated by the detail in the orange, which in its peeling, has acquired an almost cubist, angular appearance. Articulated by a careful use of light, the quivering yellow oysters and majestic ruby red goblet in the centre, his subjects are surrounded by a juicy bounty and possess a tactile quality which engages the senses. De Heem’s work influenced several artists, including Henri Matisse.

Other must-see paintings are those of Rubens, with a whole room dedicated to him, and also Rembrandt’s Cupid with the Soap Bubble (1634). 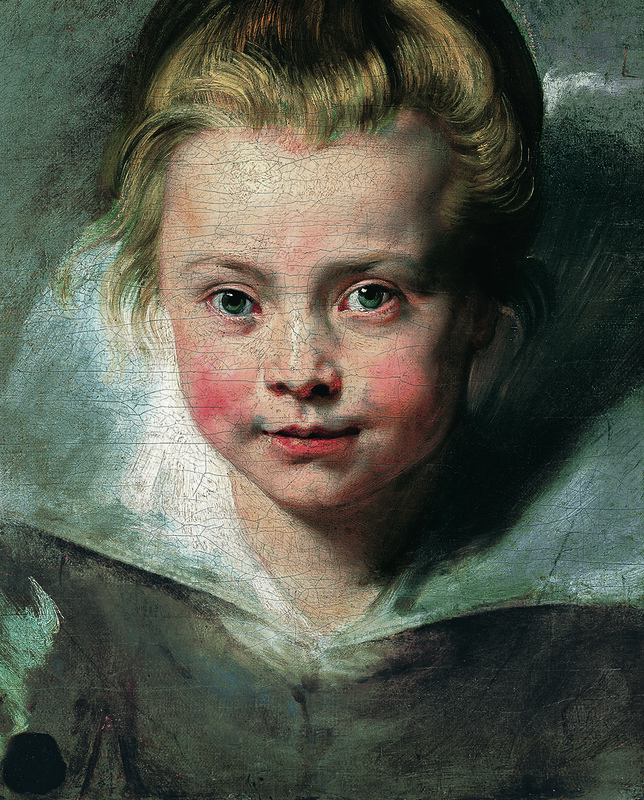 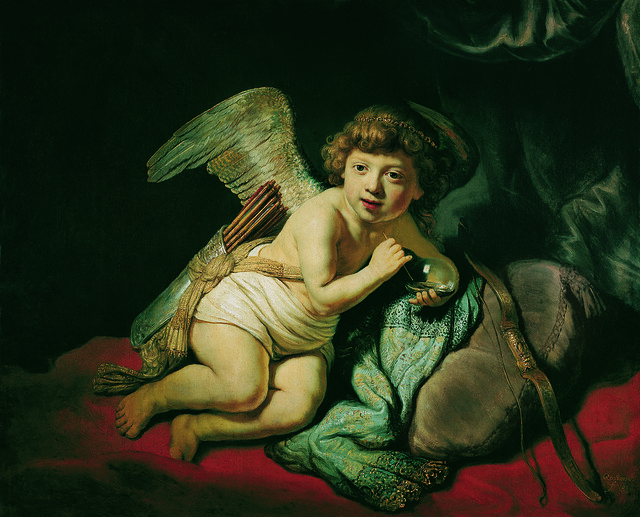 Cupid with the Soap Bubble, Rembrandt, 1634

With characteristic wit, Rembrandt combines the symbolic and the mythic to produce a poignant narrative. The soap bubble is a traditional symbol in Dutch vanitas (a still life with symbolic qualities) and represents the transience of life. Here, it is in the hands of Cupid, the capricious Roman god of love and becomes a symbol of the fragility of love. The modelled form, modulated use of light and shade, rich tactile materials, and warm glowing colours are all characteristic of Rembrandt’s style. 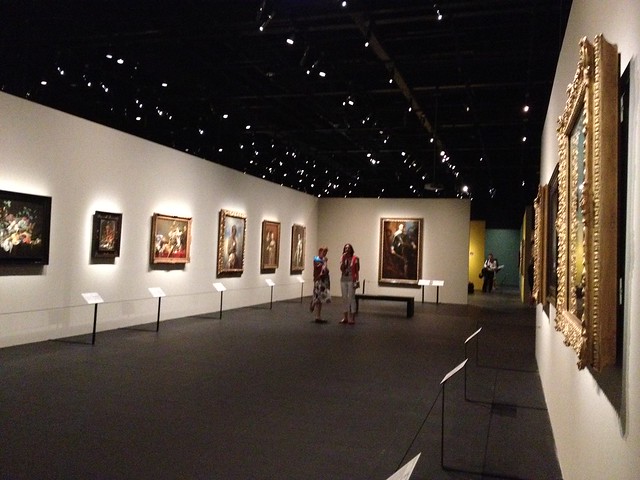 The setting for the exhibition in the basement gallery is an interesting choice. Taken away from the natural palatial habitat where these artworks nestle amongst grand baroque decor, the ‘black-box’ exhibition hall places them out of context: Displaced from the space that they are usually one with, in an unfamiliar environment. Does this have the effect of sucking away the historic atmosphere? My senses did register the location as a slightly jarring combination of old and new, however my impressions were still that of awe and gilded opulence. Thankfully the artworks spoke for themselves, mounted on deep-toned freestanding walls and emanating a rich atmosphere into the otherwise blank space. 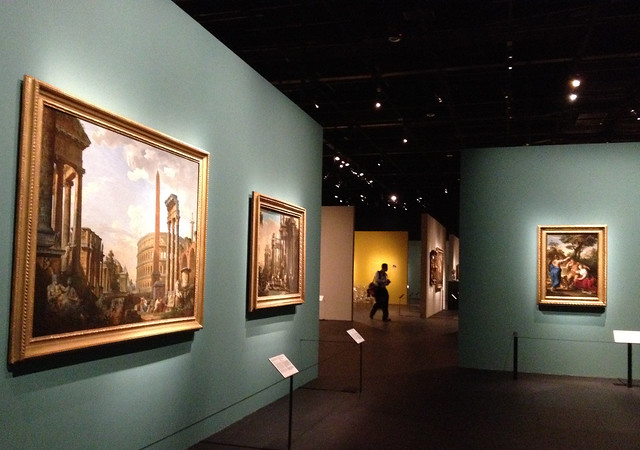 In the final room, we come to the oil paintings from Singapore’s National Collection which draw links to the art of portraiture in Singapore’s historical context, exploring how it was an important representational mode between the late 19th and mid 20th century. The skill in these works varies, and the era  is much later than the rest of the exhibit given Singapore’s own relatively recent history. However, the curator has chosen to showcase some interesting portraits of influential figures – including Harry St George Ord, the first Governor of the Straits Settlements after Singapore became a Crown Colony in 1867; John Fearns Nicoll who governed from 1952–1955 and appointed the Rendel Commission to consider self-government for Singapore; Song Ong Siang, who was the first Chinese to be admitted to the local Bar, honoured with a knighthood in 1936; and Yusof bin Ishak, Singapore’s first local head of state. 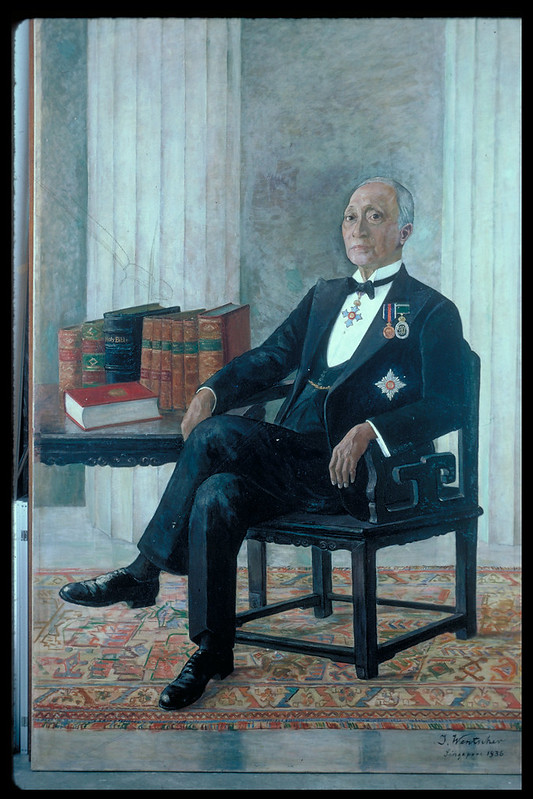 Princely Treasures from the House of Liechtenstein opens on Thursday, 27 June to Sunday, 29 September 2013 in Exhibition Galleries 1 and 2, basement level, of the National Museum of Singapore. The exhibition is open from 10am to 6pm daily, and tickets are priced at S$10 (including SISTIC handling fees).