Wednesday 13 Jul 2011 till Sunday 21 August 2011
The Month of Photography Asia 2011 honors the photographers and cameramen who have sacrificed their lives during the coverage of the wars in Vietnam and Indochina. Little did we know that there were four brave Singaporeans who were part of the actions and are now part of history in this exhibition. 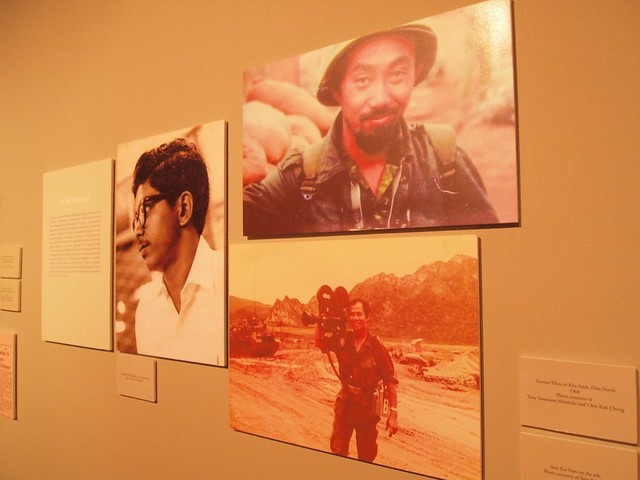 The Vietnam War was said to be the first and possibly also the last war where there was no censorship. Print photographs and TV broadcast footage were reality shows of the losses on all sides of the conflicts. The world saw the works too of three brave Singaporean war cameramen, as shown at REQUIEM – By the photographers who died in Vietnam and Indochina.

Let us pay tribute to the late Mr Chellappah s/o Canagaratnam (also known as Charles Chellappah or Charlie Chellappah), Mr Sam Kai Faye and Mr Terence Khoo (also known as Terry Khoo), two of whom were killed this month 39 years ago in the line of duty. All of them had one mission of showing the reality of the suffering that war had brought upon the innocent in Vietnam and Indochina.

Requiem is a travelling exhibition about the photographers who died in Vietnam and Indochina, from the 1950s to 1975. Mr Tim Page, a photographer who survived The Vietnam War, co-founded the Requiem book and exhibition with Mr Horst Faas to honour the dead and missing.

After going through a series of unsuccessful missions of trying to honour his fellow photographers with a little shrine under a young Bodhi tree in Vietnam. Mr Page finally found a way to rest their souls by first publishing the book and later the exhibition – REQUIEM – By the photographers who died in Vietnam and Indochina. There was a very long and tedious search for all the lost photographs. But as karma has its way of helping those with the intention to help others, most of the photographs miraculously found their way to Mr Page. Some negatives and printing instructions were even in beer crates for years. 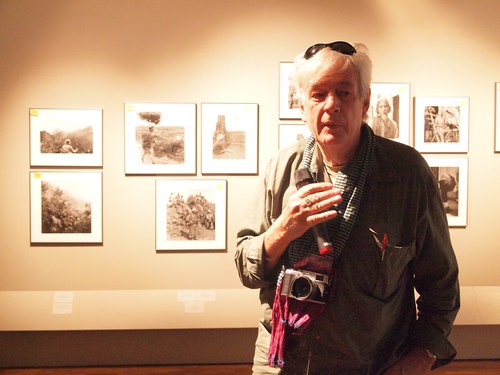 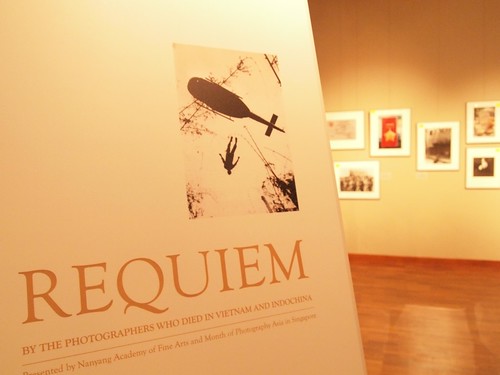 The war did not just bring grief and sorrow to the civilians caught in the conflicts. Many people were sacrificed and the press who were doing their job were not spared either. Till now some press members are still missing. Their bodies were never found. 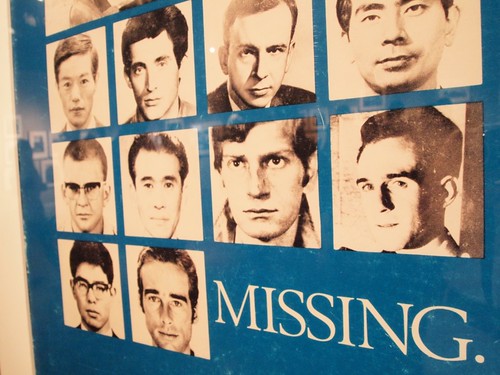 An old poster for the missing press members. 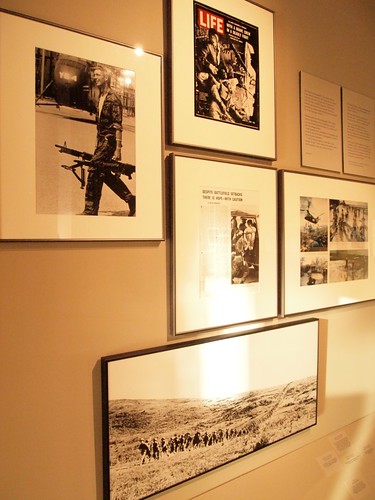 A Life publication cover with a photograph of one of the dead photographers.

Setting up the Requiem exhibition was not an easy task. There are strict exhibition installation specifications for Requiem. The Nanyang Academy of Fine Arts Gallery 1 and 2 were selected to host this exhibition as they are the only gallery in Singapore which could meet the requirements. 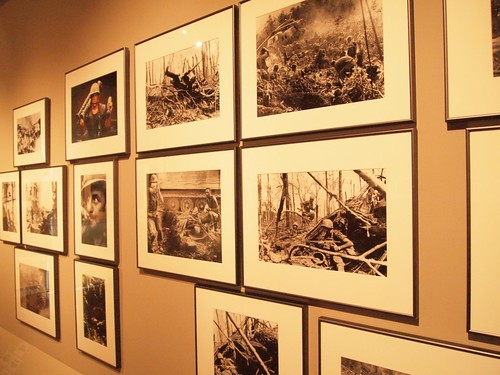 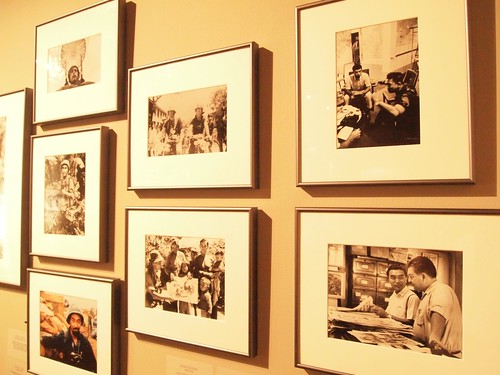 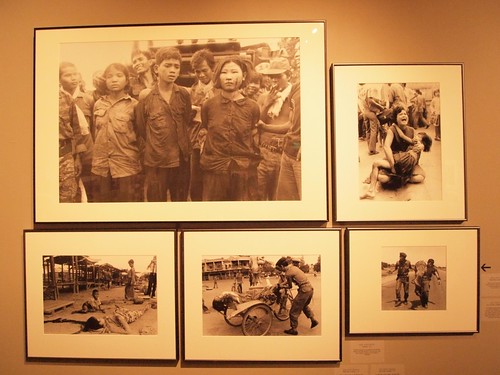 This was the site where buddies Mr Terence Khoo and Mr Sam Kai Faye died in action during the Vietnam War, 1972. ABC News set up a fellowship in their name for Asian students studying at Columbia University’s Graduate School of Journalism. Photo courtesy of Mr Tony Yasutsune Hirashiki and Mr Chin Kah Chong. 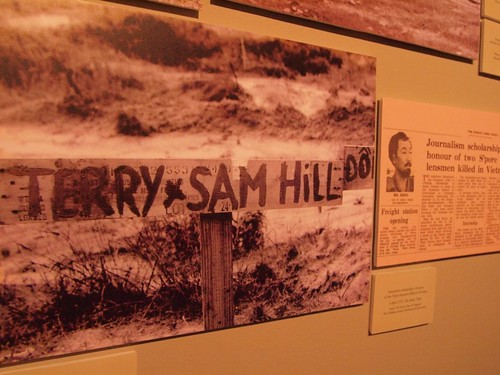 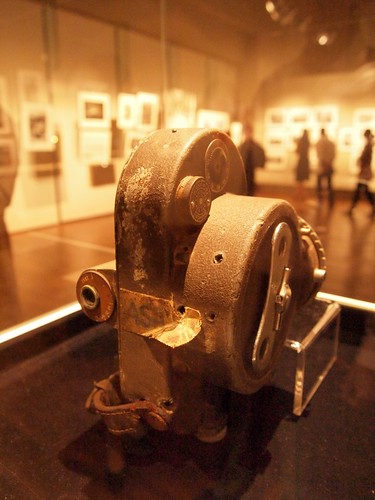 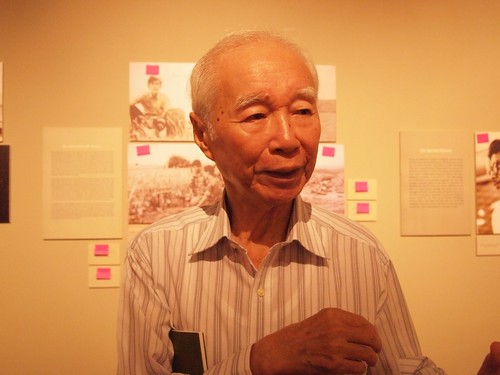 Mr Chin Kah Chong, possibly the only living Singaporean journalist who was at the Vietnam War. He is writing a book in Chinese about his Vietnam War experiences.

A Talk by Tim Page: The Requiem Story

The Requiem exhibition in Singapore is presented by Month of Photography Asia 2011, organised by Phish Communications, and Nanyang Academy of Fine Arts (NAFA).

Co-written with and Artitute photographs by Suzzana Chew.