In the last part of this series of 3 interviews, Zann Huizhen Huang explores the insightful works of Philipp Aldrup.

I have always been both curious and fascinated by how the ultra modern city state of Singapore has been perceived by foreign photographers who live in our midst. In the last part of this series of 3 interviews, I will explore the insightful works of Philipp Aldrup. 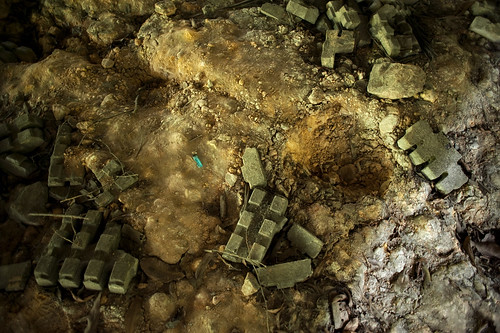 Denkmal – Memorial, from the series Gezeitentümpel

Philip Aldrup (PA): I moved from Germany to Singapore in 2005, working independently as a graphic designer. While exploring my new home, I discovered that photography had become more a medium of expression than just preserving memories. I have been searching for it since a long time. A precious self discovery, which could only happen in a foreign environment and one that has changed many familiar coordinates in my life, in ways both invaluable and tough.

I’ve never felt bored in Singapore, but after getting too comfortable and slightly sleepy here, I started to commute between Singapore, Indonesia and Malaysia to see, learn, experience and photograph more.

PA: In my first years with the camera, I was drawn to spaces that have slowly dropped off the radar, in a country that is insanely busy with the act of changing its appearance constantly. I explored and documented slumbering buildings and dormant places, awaiting demolition or a soul-less renovation, places like the Mitre Hotel, Old Changi Hospital, Kallang Airport, the Woodneuk House amongst a few, and Singapore’s first ‘Mega’-structures of the 1970s, one of which I photographed extensively, the Golden Mile Complex.

As exciting as these explorations were, at the end of the day, it can become slightly doleful to only chase places that are on the verge of disappearing.

So I slowly turned my attention to urban spaces that have undergone hardly any change, or spaces that occasionally pop up here and there – ‘non-spaces’ under highway bridges, in wastelands, niches squeezed between buildings, construction sites and the like. These are rough and barren sites which hardly unveil their actual location in time and space. Only a few subtle traces reveal human or animal activity. One can imagine that much was left behind yesterday or 300 years ago or ‘may’ show up in the distant future. 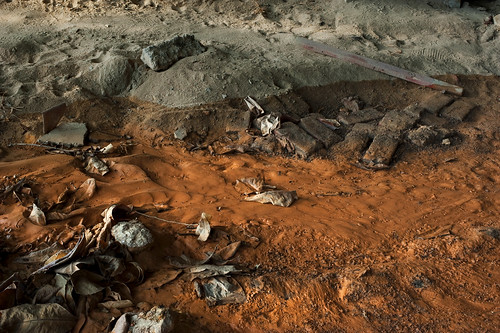 Chinatown, from the series Gezeitentümpel.

I call these ubiquitous but overlooked spaces Tidal Pools (German: Gezeitentümpel). They feel like small, open receptacles within the paved-over environment of the city, where memories and dreams, sounds and light from bygone and future times are being held, in a constant and quiet exchange with a surrounding stream of stories, somewhat getting lost amidst the enormous pace of today’s changes.

Ironically, these anonymous spaces provide an identity for the era we live in, where the present progressively shrinks; the idea that yesterday already looks vastly different from tomorrow. These spaces possess a timelessness that’s beautiful, contemplative and calming but can also feel disquieting and unsettling in their dusty emptiness. For me they symbolise a quiet rebellion.

My new series Die Blaue Blume is an evolution of the Tidal Pools work. Whereas Tidal Pools developed slowly over a long period of time, Die Blaue Blume is the result of a six-month long process. With a more concrete idea of what I wanted to portray, I found myself able to trust my intuition more now, especially in creating images that reveal secrets, or enshroud them.

With The Blue Flower as the title, I am using the key symbol of the painters and poets of 19th century German Romanticism. As constant wanderers they sought for a distant blue flower – for an unreachable home, expressing yearning for the infinite and for a (re)-unification with nature, something they felt mankind had lost in the age of reason, mathematics and mechanization. They tried to re-introduce myths, tales and songs from the Middle Ages into a seemingly cold and un-poetic world.

The trigger for the new work is without doubt drawn from my very own longing –- for a bygone Singapore, a home far away from home, for love, a feeling of belonging, a right place in a rather incomprehensible world – and the perpetual circle of happiness and loneliness, of finding new connections and letting go again. In my photography, I am literally digging for that connection between soil, rocks and waste, as though I haven’t been able to find it above the streets’ concrete.

At the same time, I am relating my personal exploration to the nervous tension within the human desire to be in good hands in a familiar, loving environment on one hand, and the growing feeling of helplessness in a world of frantic change on the other. This sense of futility is enforced by opaque powers that determine our lives’ pace and structure.

The photographs subtly reveal the present extent of human’s alienation from nature and the impossibility of a future harmonization, but I also wanted to give respect to the useless and the left behind non-spaces of the city, if you will, and indirectly pay homage to the people at the bottom of the chain of economical exploitation, likely the only ones encountering the actual locations of the Tidal Pools. The images call out to my longing for poetry and imagination but also for hope and some soul in our streamlined, regulated urban spaces.

Having said all that, a simple answer could have been: I am continuing the explorations of my childhood in Berlin, where we would hide beneath bridges, climb fences of coal depots, crawl into creepy drains – all the while inventing all kinds of exciting new worlds every day. This was perhaps my unconscious rebellion against the boring realism and unimaginative world of grown-ups. In the end, I am still that boy.

Z: Any other relevant information which you would like to add? 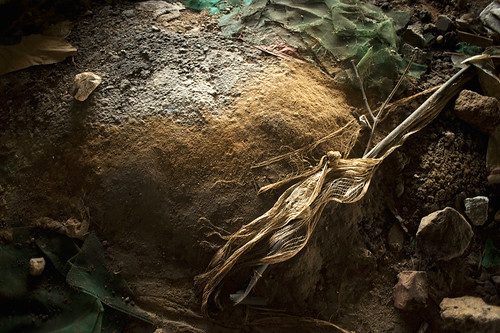 The opening is on 14 November, 7pm. Please RSVP to [email protected]

PA: I am a photographer and designer from Germany, based in South-East Asia for almost 10 years. Contemplating mankind’s existence as a brief moment in the vastness of time and space, I seek places of unsettling beauty; scenes that seem to contain fragments of all dimensions of time: present, past and future.

I aim to create visuals that are dramatic and contemplative; sombre but not pessimistic. My works are meditations and a quiet rebellion against a Zeitgeist based on sheer functionality and perfection.