Embark on an adventure of discovery as treasures from London’s prestigious Natural History Museum come alive at ArtScience Museum this November.

Opening on 25 November 2017, the exhibition Treasures of the Natural World will bring the awe and wonder of the Natural History Museum in London, to Southeast Asia. This year is the first occasion the museum has allowed its treasures to travel to Southeast Asia, offering an exclusive opportunity for visitors in Singapore to see these precious items.

Treasures of the Natural World will showcase over 200 of the Natural History Museum’s star objects, including animals and insects, works of art, gems and minerals, and books and artefacts belonging to some of the world’s greatest scientists, including Charles Darwin and Alfred Russell Wallace. The treasures have been hand-picked from over 80 million artefacts and specimens representing the best of the museum’s collection.

The exhibition traces a centuries-long quest to understand the natural world, from the Enlightenment of the 18th century through to the present day. Visitors will be taken back in time on historic expeditions that broke scientific ground and made history, before being returned to the present day to get a glimpse of some of the cutting edge science the Natural History Museum is so well known for today.

The captivating stories behind each prized item will be told, with selected treasures brought vividly to life through special effects. Visitors will be able to see the very objects that inspired the imaginations of scientific pioneers, helped redefine fundamental beliefs, and continue to shape scientific knowledge today. Highlights include a handwritten extract from Charles Darwin’s On the Origin of Species, a magnificent sabre-toothed cat, a Martian meteorite, a mysterious ‘cursed’ amethyst, and a selection of Alfred Russel Wallace’s collection of insects from his Malay Archipelago expedition to Singapore, Malaysia and Indonesia.

Running throughout the exhibition will be a treasure hunt designed especially for children, families and schools. Younger visitors will embark on a series of expeditions and adventures, searching for wildlife, learning about nature, and making their own contributions to the natural world.

“We are extremely privileged to partner with the Natural History Museum on this special exhibition. Treasures of the Natural World brings some of the world’s most important artefacts and scientific specimens to South East Asia for the first time. The show will take visitors on an epic voyage through history, showing how our understanding of the natural world was transformed through daring voyages, bold discoveries, and revolutionary new ideas. It features some of the most important scientists the world has known, and many of the prized artefacts that have surprised and delighted tens of millions of visitors to the Natural History Museum in London, since it opened, over a century ago. Taken as a whole, the exhibition encourages visitors to see the natural world itself as a treasure. It shows how the Treasures of the Natural World have helped us unlock answers to the mysteries of the past, and are providing insight into the biggest questions our species and our planet face in the future,” said Honor Harger, Executive Director of ArtScience Museum, Marina Bay Sands.

Opened in 1881, the Natural History Museum in London cares for one of the most scientifically significant natural history collections in the world. It looks after 80 million specimens among a wealth of objects that help scientists understand our planet.

“Engaging global audiences with our exhibition narratives is very important to us and touring the Treasures of the Natural World exhibition to Singapore enables us to do so in this truly global city, a hub for international science, culture, education and tourism. The Natural History Museum is proud to be working alongside ArtScience Museum to showcase the very best of our collections. With ArtScience Museum’s track record of curating stunning and thought-provoking exhibitions, we cannot wait to see how they will creatively use these amazing collections to engage their visitors with our species’ long history of scientific discovery,” said Sir Michael Dixon, Director of the Natural History Museum, London.

Spanning over five themed galleries, the exhibition begins with the formation of the Natural History Museum during the Age of Reason. Driven by a passion for understanding the world around him, Sir Hans Sloane amassed a vast private collection that included over 400,000 natural history specimens. After his death in 1753, his collection formed the basis of the British Museum.

The ever-expanding natural history collection soon outgrew its original home. Superintendent of the collection and eminent scientist, Sir Richard Owen, campaigned that it should have its own museum and in 1881, the Natural History Museum opened its doors to the public. 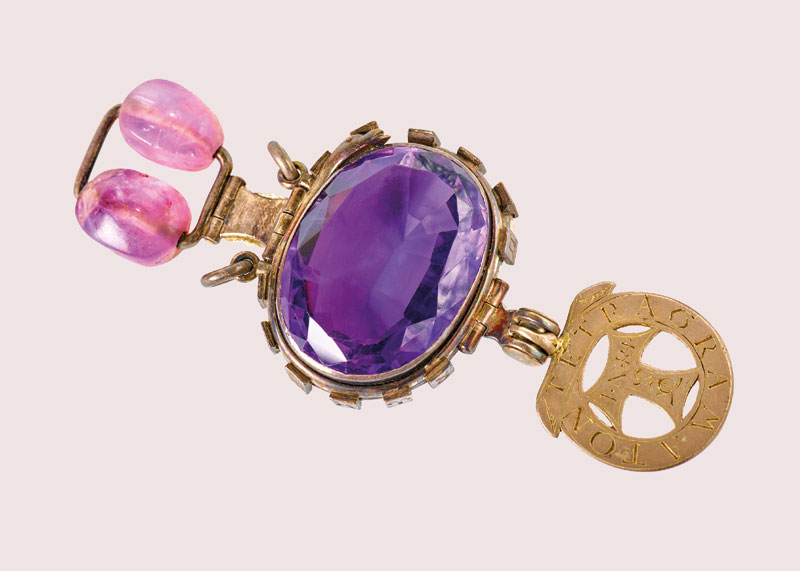 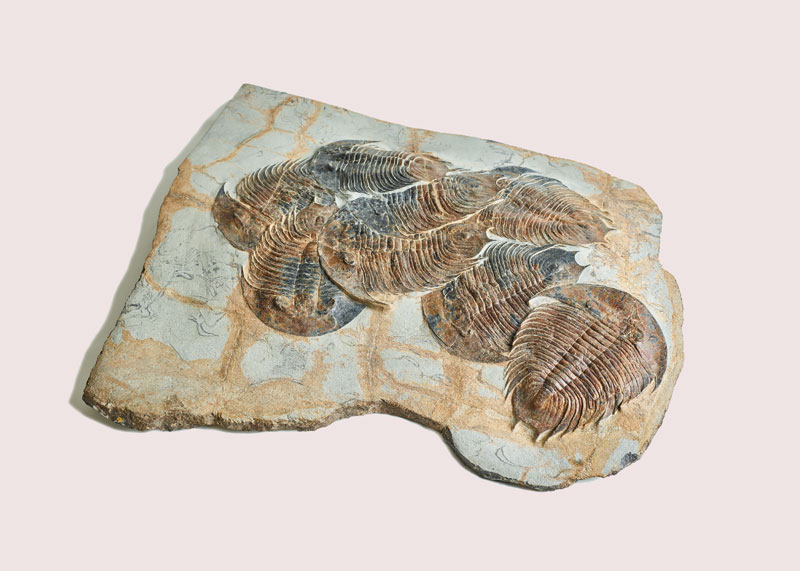 Highlights in this gallery include the ‘cursed’ amethyst. Its owner, Edward Heron Allen, believed it was cursed, and kept the stone locked inside a series of seven protective boxes. Allen donated the gem to the Natural History Museum, along with a letter warning it was ‘trebly accursed and is stained with the blood, and the dishonour of everyone who has ever owned it’. Another not-to-be-missed display is the 487-million-year-old giant trilobites, flat sea creatures with hard outer skeleton and a segmented body in three parts. Trilobites thrived in the shallow oceans in prehistoric times, but scientists think they may have suffocated during a mass mating event, which would give us a fascinating insight into how these trilobites behaved. It may sound unusual to pile up together to spawn, but this is exactly the same behaviour exhibited today by their living relative – the horseshoe crab.

Treasures of the mind

In the second gallery, visitors will discover how the priceless specimens have inspired scientists to answer some of Earth’s great mysteries.

On display in this gallery is a hand-written page from On the Origin of Species by Charles Darwin, one of the most influential books ever written. Darwin published his book in 1859 after refining his ideas for 20 years. He knew it would be controversial to suggest that species evolved gradually and naturally, but the first edition instantly sold out. The important work of the influential naturalist Alfred Russel Wallace is also presented. Wallace co-discovered the theory of evolution with Darwin, and undertook some of his most important work in South East Asia. Some of the scientific specimens Wallace collected on the Malay Archipelago – including in Singapore – are on show in the Republic for the first time. 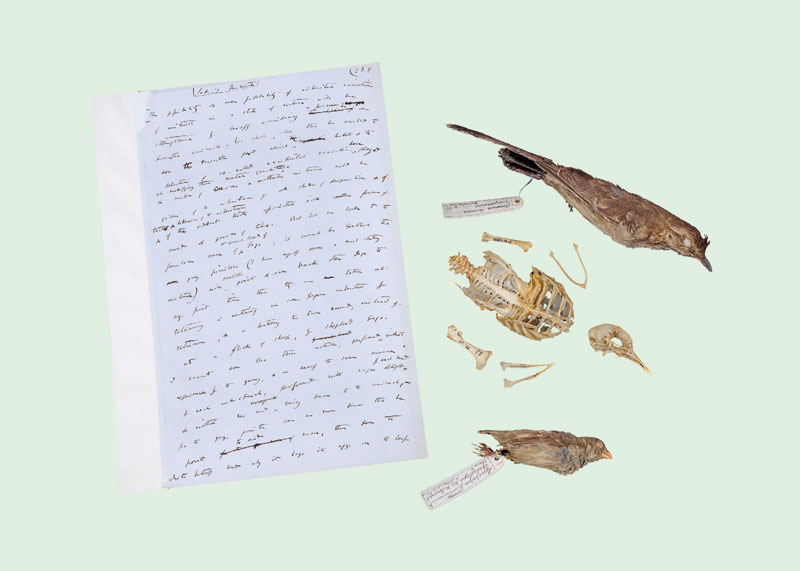 The third gallery of Treasures of the Natural World tells the adventures and trials of scientific exploration pioneers. From Captain James Cook’s first voyage to Australia and New Zealand to Captain Robert Falcon Scott’s expedition to reach the South Pole and HMS Challenger’s 1872 exploration of the deep oceans, each yielded vital scientific evidence and inspiring tales of human endeavour.

One of the first three emperor penguin chicks ever studied, this chick was collected by Robert Falcon Scott’s party in 1902 on the Discovery expedition. The chick’s stage of development proved that emperor penguins lay their eggs during the dark and bitterly cold Antarctic winter. On the Terra Nova journey, Scott planned to collect penguin eggs for further investigation. 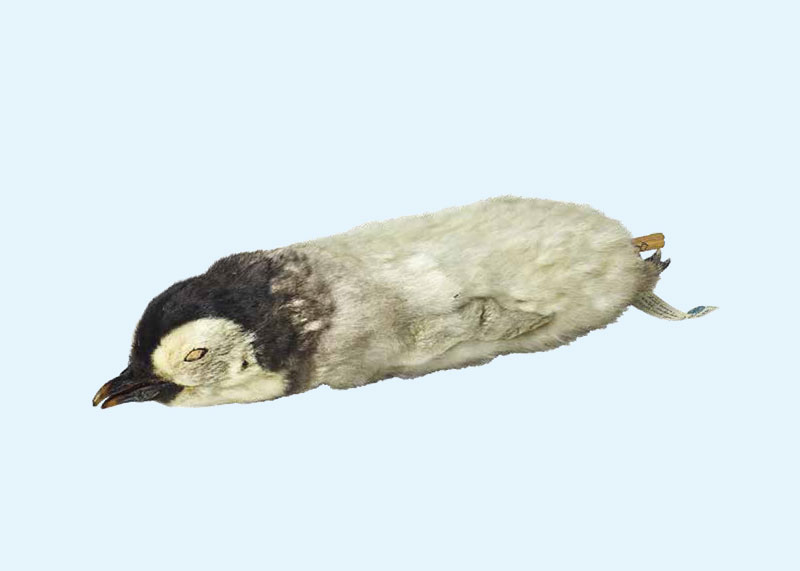 Treasures of life are everywhere

Many of the treasures in this gallery reveal how nature’s diversity is shaped by the environment and the ability of species to adapt to it. Extinct creatures, such as the dodo and the Tasmanian tiger, demonstrate human impact on the diversity of life, while the discovery of new species hints at nature’s ever-evolving variety.

The dodo is most well-known for being driven to extinction by the arrival of Dutch sailors on the isolated island of Mauritius. Some dodos fell prey to the rats, cats, pigs and monkeys that the sailors brought with them, while other dodos lost their habitat caused by deforestation. The birds themselves may have gone hungry, as the invaders cleared forests that had been rich in fruits. Just 90 years later, the dodo was extinct. 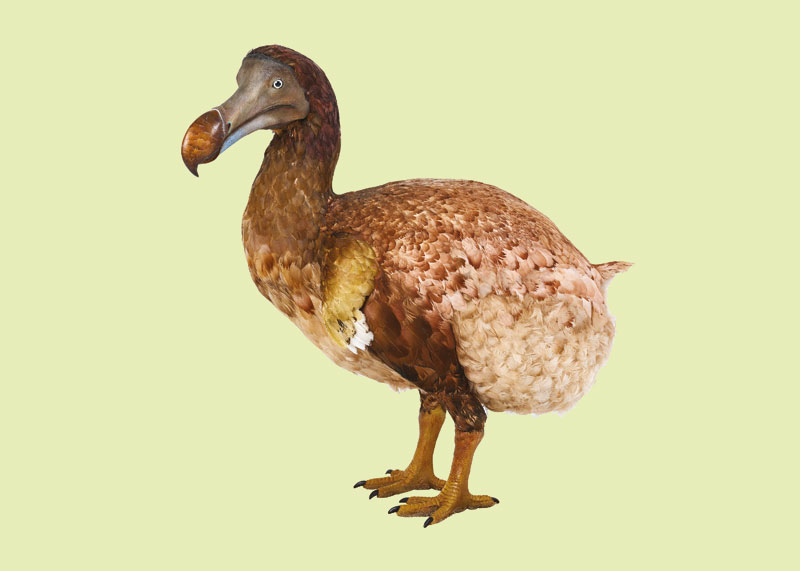 But despite its fame, no complete dodo skeletons exist from a single individual. The model in the exhibition shows the dodo with a much thinner, more upright, body shape than was initially thought, and is based on modern interpretations of the bird’s anatomy.

The gallery also includes a giant ground sloth. Its hide was thicker than an elephant’s, and adult ground sloths weighed about 1,500 kilogrammes. These giant mammals grazed on plants and lived in open habitats in the temperate regions of South America until about 12,000 years ago.

Another key display is the sabre-toothed cat. Lion-sized with terrifying teeth, Smilodon died out at the end of the last ice age and it is one of the few sabre-toothed cats that would have encountered humans.

A museum for a modern world

The exhibition ends with a look on the unique treasures cared for at the Natural History Museum. Actively studied by researchers around the world, these specimens can help us to tackle the biggest challenges facing our planet today. From predicting and mitigating the impact of climate change to managing natural resources, these collections hold the key to unlocking the potential of the future through the mysteries of the past.

A key highlight is the recently discovered mineral Jadarite, which is a dangerously close match to the fictional mineral kryptonite, according to its formula in Superman Returns. Jadarite was discovered in 2006 and Natural History Museum’s scientists found its composition to be sodium lithium boron silicate hydroxide.

Families can look forward to kid-friendly interactive enhancements aimed to unleash the child’s imagination and pique their curiosity of the natural world.