The Singapore International Festival of Arts (SIFA) has been on for the past few months and on August 27 I saw the semi-music semi-theatre performance, titled Cabinet of Curiosities. It was performed by Margaret Leng Tan who has been called the “queen of the toy piano” by The New York Times and was performed in the SOTA studio theatre. This solo performance consisted of five different music-theatre works performed using toy and grand pianos, toys and sound objects. 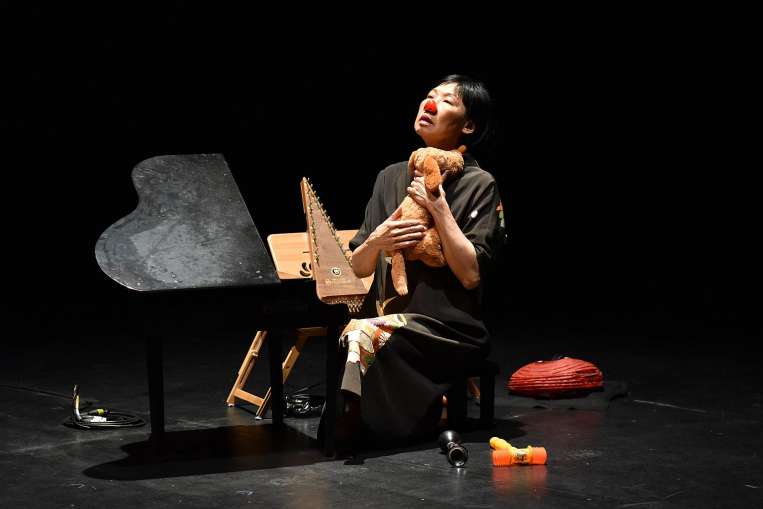 Although it is more commonly used as a child’s piano, toy pianos have also been used for classical and contemporary musical performances. One such notable piece composed for the toy piano was “Suite for Toy Piano” by John Cage, who Tan worked with in the last 11 years of his life. Of the five works in the performance, Curios, was especially commissioned for SIFA.
The performance started off with American composer David M. Gordon’s Diclavis Enorma. This musical piece used two toy pianos, a grand piano, call bells and a playback tape. I thought that this piece was an effective way of setting the mood and atmosphere for the rest of the performance. The piece was very powerful especially when the playing of the instruments started to get intense. I liked how the piece married two different sounds: one of the toy piano and the other of the grand piano. Although I’m no music enthusiast, I felt that the toy piano had a more lighthearted sound while the grand piano had a more wholesome resonance. However, this piece went on for too long and started to seem a little repetitious.

The musical piece was followed by Alvin Lucier’s Nothing is Real. This piece used a grand piano and a teapot. I found this piece interesting as it was an extremely uncomplicated performance, with the actor simply exploring the teapot by opening and closing its lid, as it stood on the grand piano. As the teapot’s lid opened, a wafting sound of the Beatles’ Strawberry Fields Forever played. The spotlight on the actor and the teapot enhanced the entire piece and to me it resembled a ray of sunlight, which I found fit in extremely well with the piece.

After that Tan performed James Joslin’s Hatta which revolved around the Mad Hatter’s tea party in Lewis Carroll’s famed book, Alice in Wonderland. This piece used two toy pianos, a chess set, a tea set, electric kettle, clock, and a ceramic Cheshire cat. Tan wore a black top hat, like the Mad Hatter’s, while she made tea, played a game of chess which involved forcefully dragging the chess pieces across teh chessboard and had a conversation with the toy pianos. I felt that I could relate to this work much more than the previous ones. I knew the background of this piece, Alice in Wonderland, and therefore managed to finally make some sense of the work; after two unsuccessful attempts with the previous works.

The first half of the programme ended with Ge Gan-Ru’s Wrong, Wrong, Wrong!  that was originally written during the Song dynasty in China by poet Lu You, It is said that the poem was written on his garden wall for his ex-wife, whom he was made to divorce by his mother, so that he could marry someone more “acceptable”. This performance involved the use of the actor’s voice, as well as a toy orchestra which Tan played by herself. I found this piece strange and dark – from the poem which revolved around unrequited love to how the actor was playing the toy orchestra in an unmelodious and staggered way. At one point she even used a hammer to play the toy piano, which felt quiet odd and uncomfortable to me as it was something I had not seen before. 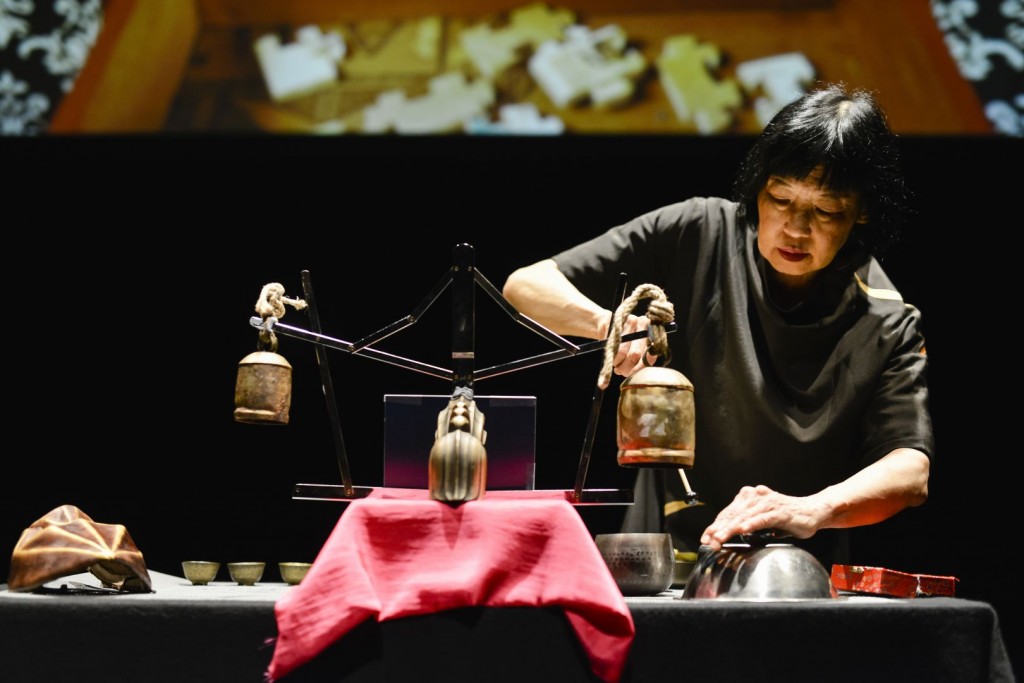 After the intermission, we saw the last piece, Curios by Phyllis Chen, which had been commissioned by SIFA. This piece consisted of six interconnected segments. As the work progressed, it got stranger and stranger, but it also started making more sense to me. This was the work that the title was based on, and it was about the world of carnivals and clowns, but portrayed in a dark and sardonic way through the use of videos, musical instruments and masks. The video that really resonated with me was the one in which a chest of drawers was being pulled open with each drawer full of different and strange things such as sand and punched paper remains as it connected directly with the title of the performance. Another video that I found interesting started off with black and white patterns and images that then changed into colour, revealing three grotesque looking clowns. This helped link the remaining four segments as they too revolved around clowns.

As strange as it was, Cabinet of Curiosities was something new and different from the theatre that we usually see and that is what I think set this performance apart from the rest. Compared to conventional theatre which has themes and plots that are clear and visible for the audience, this performance had me leaving the theatre experiencing an array of different emotions – confusion, discomfort and the struggle to make sense of the performance, but also with the realisation that sometimes theatre as well as other forms of art, is not intended to be made sense of but simply experienced.