Urban Dialogue feels like a heavy thesis on the issues our Mother Earth has to face – commercialisation, urbanisation, politics, etc. – and how human beings are deprived of other living things’ and their own habitat. 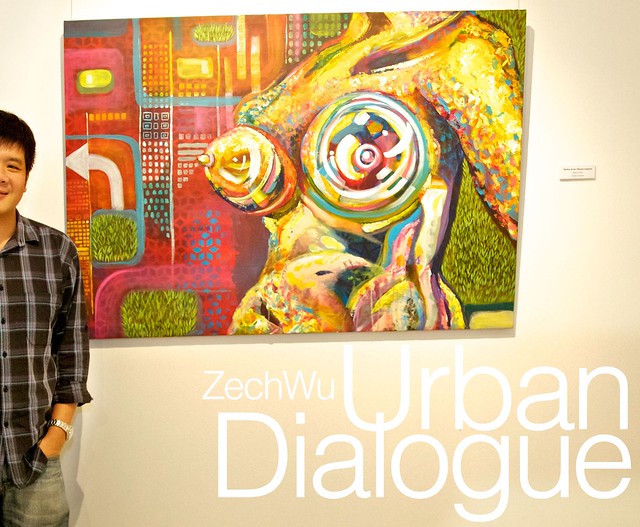 Urban Dialogue feels like a heavy thesis on the issues our Mother Earth has to face – commercialisation, urbanisation, politics, etc. – and how human beings are deprived of other living things’ and their own habitat. It is heavy with visuals, but not dull or gloomy, instead the works exploded with colours.

This is Zech Wu’s Solo Art Show in 2012. An artist and art educator, Zech is also very involved in many events and deeds that support the Green culture. In this recent show, he hopes to remind people of the many actions one may have made that may result in consequences that no one can handle. 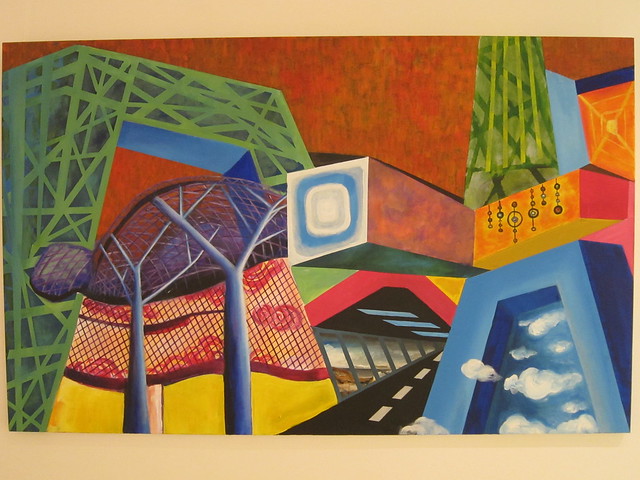 The main feature of the artworks dealt plenty with human figures and architecture. Zech combines the concept of machinery and concrete with the natural forms of human figures. The message is simple and direct. It prompt you to think about your next action, and the amount of pain and hurt you may cause for Mother Earth.

In “Gaia and her industrial son”, the womb bears no new human life but a bright red metal structure; the breasts no longer nurture new forms of life, instead it is filled with commercialism and corruption. 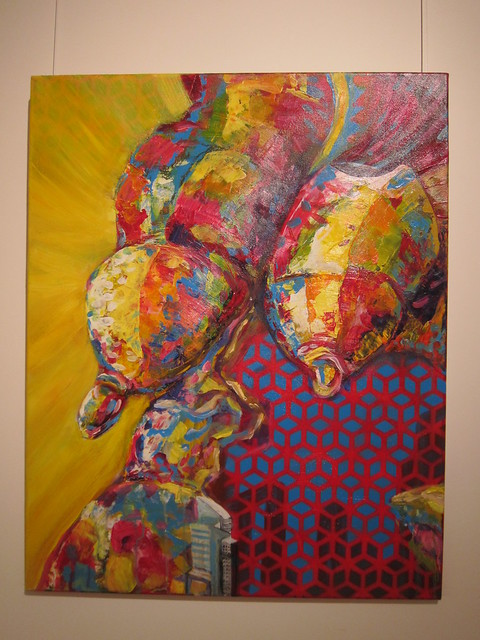 Two of the paintings contained the interesting geometric pentagon. Zech explains that this shape represent power and home. In “Where’s the Gold?”, I find it amusing when Zech mentions that ‘powerful rich businessmen often discuss important matters that affects the world, over a game of golf’. I took a closer look, and found bronze and silver paint, but no gold. Yes, where’s the gold? 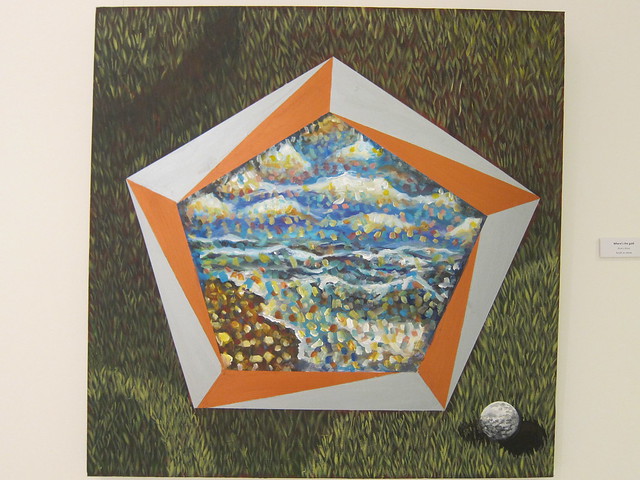 The other pentagon-shaped painting “Through their eyes” sounds kind of sad. It is really a battle between material world and nature. Modernisation has forced human beings to focus on wealth and business instead of nature and their self-well-being. The pentagon here may present itself as a home for the dead – coffin – when these human beings worked themselves to death. 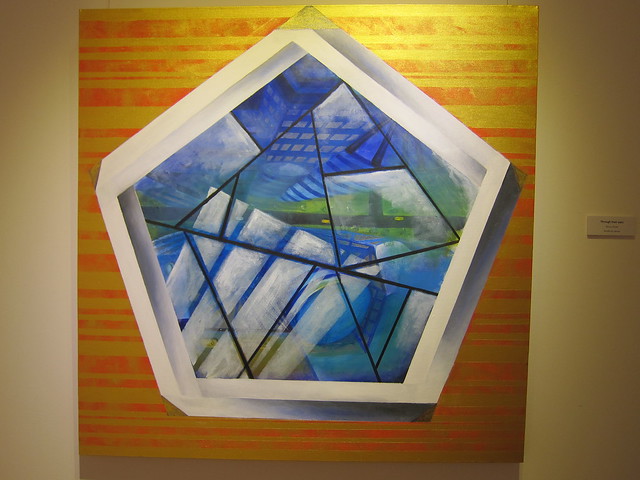 The show may have ended, but you may make appointment with the artist to view the works.