In this exhibition, Widjaja presents both new and some older works. Revolve around the concept of space and time, memories and displacement, and American avant-garde composer John Cage. 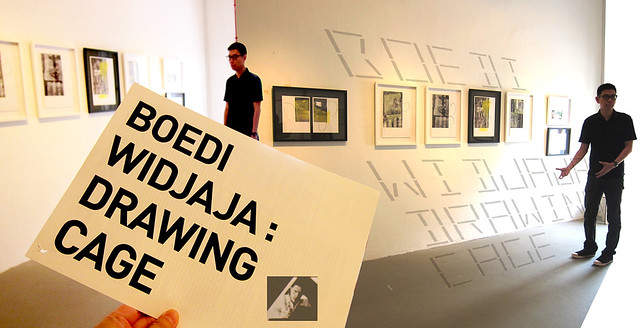 It is quite assuring to be able to recognise and have self-awareness of one’s relationship with his environment, surrounding and the time that he spent with them.

We always feel that we are safer within a familiar space and we are sure of our actions and consequences. However, after viewing artist Boedi Widjaja’s third solo exhibition ‘Drawing Cage’, I felt that it is just the opposite – it is, when we are in a totally alien space, that we have a stronger sense of self-awareness and very much conscious of the space we are in. Every detail gets magnified and the distance between ourselves and the strangeness gets measured, dissected, analysed; we think about our actions and decision within this space and anticipate the consequences. The need to understand this unfamiliarity actually gave us the opportunity to close-up the distance, or even discover new connection. 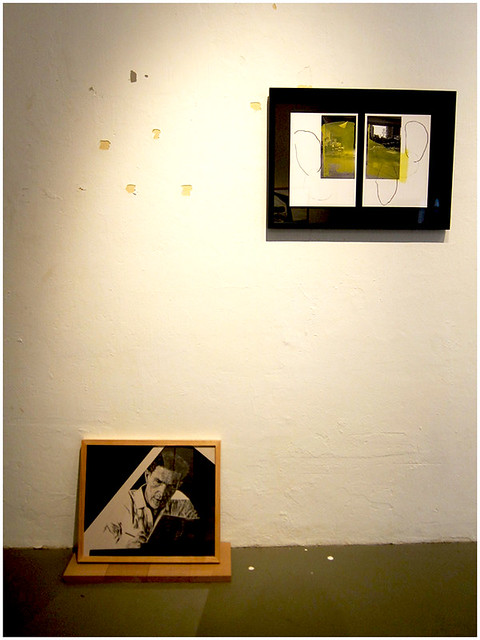 In this exhibition, Widjaja has presented both new and some older works. The works revolve around the concept of space and time, memories and displacement. In the room, every work gets a space on the wall, with carefully adjusted lighting, except for ‘Drawing Cage (Unfinished)’, which sat on the ground, leaning against the wall. This works measures 42cm by 50cm, with medium graphite on paper. It has a drawing of a face that looks like John Cage. Widjaja explains that while researching into ideas on space-time, he came across articles on American avant-garde composer John Cage, and his works. He acted on the impulse to draw a portrait of Cage, but was unable to complete it. Widjaja perceived that the distance between him and Cage was too wide to overcome. Hence, he needs to explore other ways to make Cage’s portrait, and to find the connections that would draw him closer to the subject.

It is this distance and unfamiliarity that give the opportunity for finding possible connections, consciously. The interesting story of stone tracing emerged:

‘Cage devoted the last decade of his life making stone tracing – inspired by his trip to temple-garden Ryoanji, Japan – that were guided by chance-based operations. Independently, Widjaja has been using stones in his practice, aleatoricism as method, and had travelled to Japan just before work on Drawing Cage started. The connection is idiosyncratic, almost (appropriately) random.’

This sparks off the ‘Drawing Cage’ series. 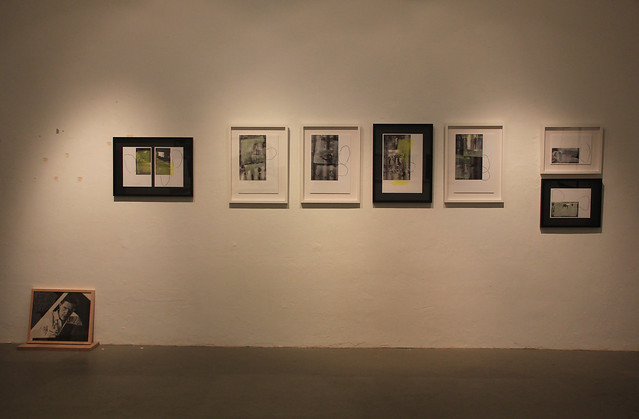 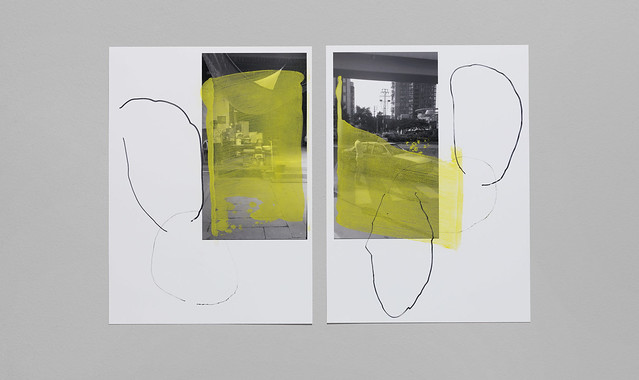 Whimsical ideas on the concept of space-time also bring us to an addition to Widjaja’s ‘Path’ series. This series was triggered by the artist’s change of citizenship, and is an on-going project that investigates into notions of place, origin and identity in the context of the porous Asian global city.

In this exhibition, ‘Path. 5, Silent Conversation with a Friend, 2014’ is on display. The making of ‘Path. 5’ took place in more than 20 public spaces in Singapore, such as cafes, libraries and void decks. Widjaja used drawing as a method to connect and (re)create, this time with 12 friends and to the 13 places in Singapore that he had at one time resided in. The work speaks of time spaces found in friendships and of their transformative potential.

The little installation in the center of the room draws interest from the viewers and invite them to play a game about time. ‘Jam, Berapa? (What, time?)’ speaks of individual’s perception of time. The use of clock-time to meter days, to standardize our time with others’, is amplified in the city. This behaviour was not the norm for Widjaja, growing up in a small town. Back then, time somehow beat to your rhythm. Time was a non-committal numerical subjected to one’s bending at will. Try it with a friend and compare the time that your bodies have separately clocked. 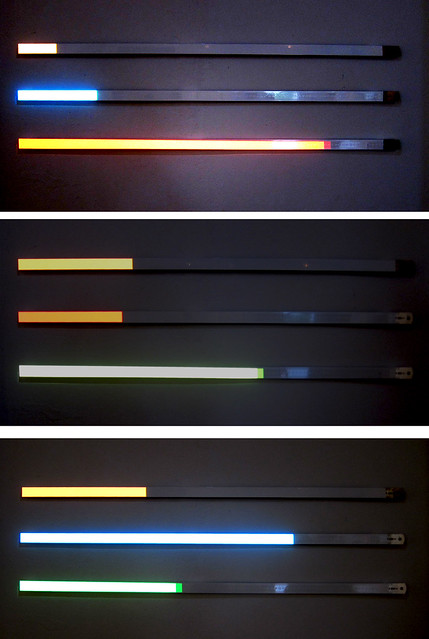 * The writer took 1 hour and 30 minutes to write this article.