The sculpture, entitled "Genetic Plant", is the work by award-winning Singaporean artist Ms Han Sai Por​, was presented by the Singapore's High Commissioner to Australia Burhan Gafoor to the Presiding Officers of the Australian Parliament, Senator the Hon Stephen Parry and the Hon Tony Smith on the 20th August 2015 in Canberra.
Tweet

The gift is a token of friendship from the Government and people of Singapore and commemorates the 50th anniversary of diplomatic relations between Australia and Singapore.

The sculpture, entitled “Genetic Plant” was inspired by the Australian landscape and the imagery of forest life and plant-forms. 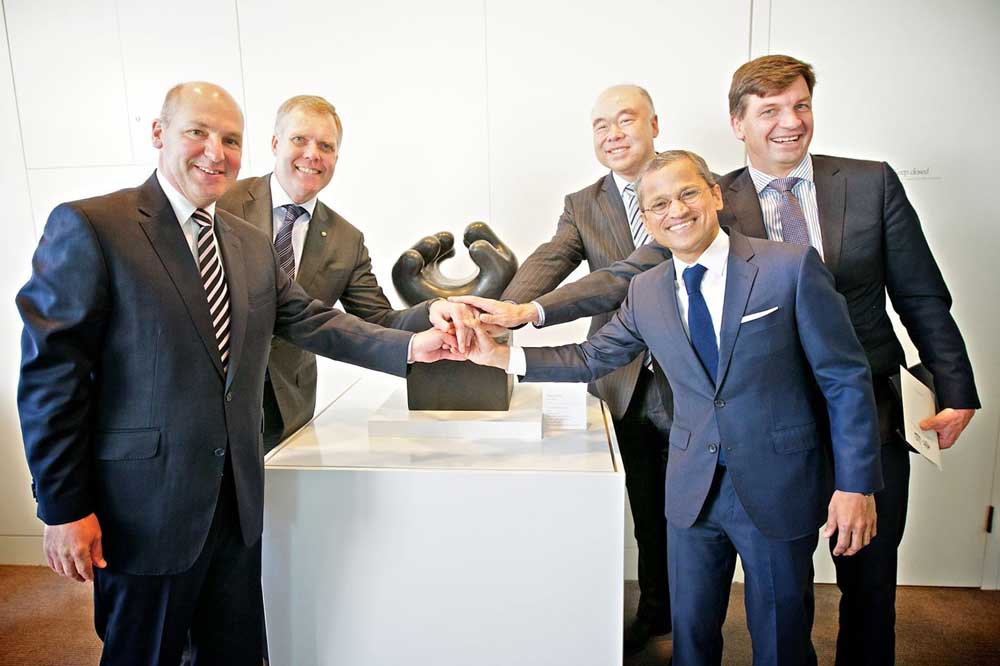 Australia also presented a reciprocal gift of a glass artwork to the people and Government of Singapore. May our friendship flourish!

Credit: Images and Texts from the Singapore High Commission in Canberra