There had been a huge crowd at the opening of the Peranakan Silence art exhibition at The Intan, we were told.

There had been a huge crowd at the opening of the Peranakan Silence art exhibition at The Intan, we were told. The host had given his opening speech in 2 languages.

On the last day of the exhibition, we guests were still greeted by a warm welcome drink at The Intan, an award-winning cosy private home museum. There were even more pretty things than the usual to look at, with the festive decorations and the Peranakan Silence exhibition that was curated by Galerie Sogan & Art. Everyone was smiling and gesturing excitedly.

These were the 5 artists whose art works were inspired by their visit to The Intan. 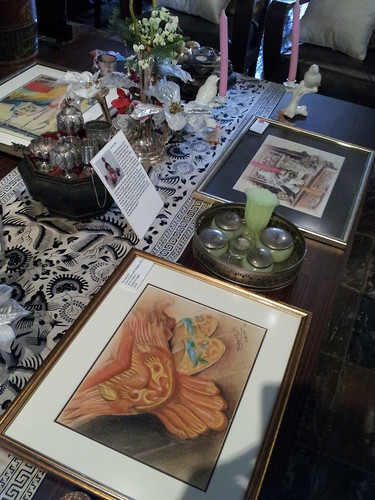 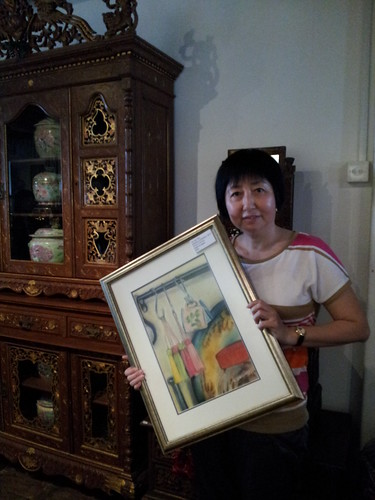 Tan See Mui has been working as a graphic artist for more than 22 years. 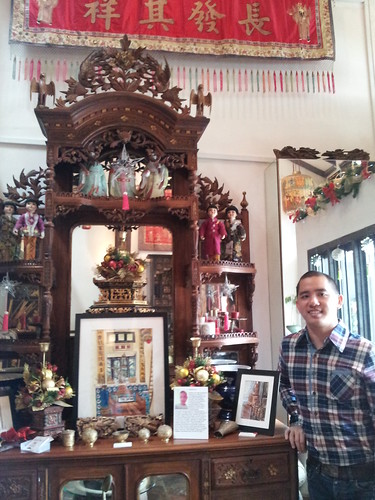 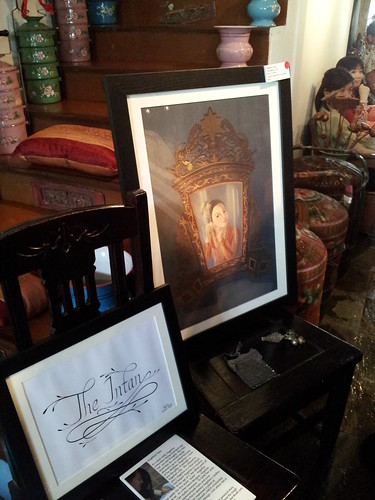 By Angeline Chen, who is currently studying in the United States on a scholarship. 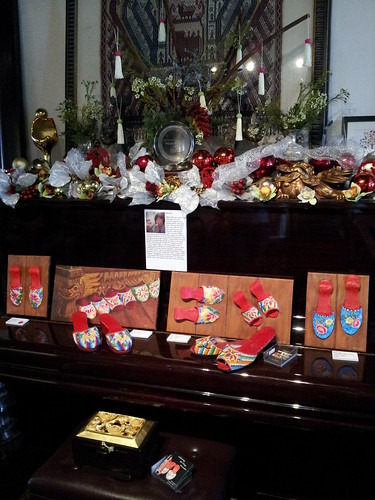 By Mimi Ng, who had worked as a graphic design artist, ceramic studio assistant and draughtsperson and is now a freelance artist/ crafter/ cartoonist. 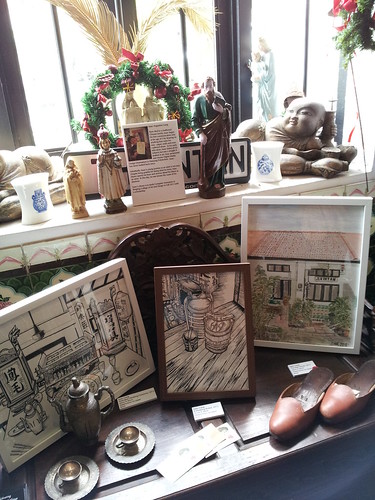 By Isaac Liang, who will be studying in the United States on a scholarship. 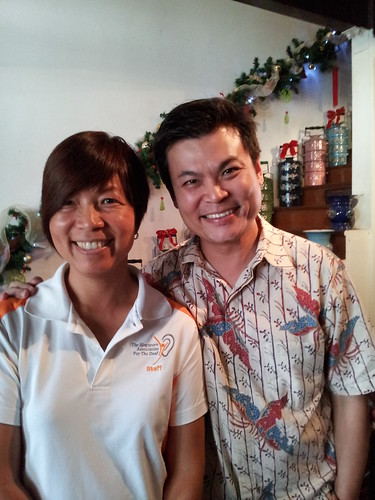 Sign language interpreters Alvin, owner of The Intan, and Dawn are volunteers at The Singapore Association of the Deaf (SADeaf). Dawn’s children were the little “elves” helping out on all days of this exhibition.

All the artists mentioned above are hearing impaired.

View our Peranakan Silence at The Intan photo album and read more about the artists.

The Intan announced that all these art pieces have been sold. 70% of the sale proceeds went to the hearing impaired artists. The Intan donated the remaining 30% to SADeaf. Watch the The Intan’s video of the Peranakan Silence exhibition (with subtitles).

Book your tickets for The Intan‘s 10th anniversary celebrations next year, 2013.